Key seminar space in CEU's new Nador 15 building is now known as the Nimetz Classroom, honoring CEU Trustee Matthew Nimetz's generous support of the University as a center of debate and discussion. Nimetz met with CEU President and Rector Michael Ignatieff and Provost Liviu Matei February 16 in the new classroom, then participated in a class taught there by Assistant Professor Roberta Sinatra of CEU's Center for Network Science, home to Europe's first doctoral program in this cutting-edge field.

"There are few people who have been such a good friend to CEU for such a long time as Matt Nimetz,"

said CEU President and Rector Michael Ignatieff, commemorating the naming of the Nimetz Classroom. Nimetz has served on the CEU Board of Trustees for almost 14 years, and during that time has chaired the Board's Audit and Development Committees and served as a member of the Executive and Finance Committees as well. 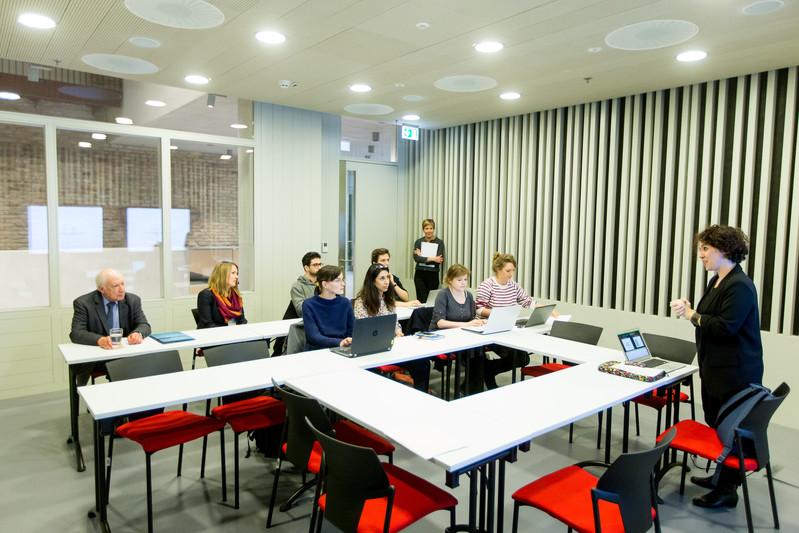 The class Mr. Nimetz observed focused on multilayer networks, a thriving area of network science, investigating and quantifying systems that are described not just by a single network, rather by a superposition of many of them. For example, a multimodal mass transit system or even a cell of terrorists can be modelled as a multilayer network. A dataset about a terrorist cell in Indonesia, provided by a Stanford study, was used during the class to help students learn to describe and uncover structural patterns, like how the terrorists, as nodes of the network, can be linked according to relations like trust, communication, and trade, corresponding to multiple network layers. The class was co-taught by Federico Battiston, a PhD candidate in Applied Mathematics at Queen Mary University of London (UK), and is part of the CEU Network Science course "Networks and Computers".

Nimetz, who has had a long career in law, government, and finance, currently as advisory director of global equity firm General Atlantic LLC, called the class "fascinating" and remarked that "it was gratifying to see the classroom in use and to be part of the exchange taking place there." He found the examples shared by Mr. Battison particularly topical given his long involvement with international relations—Nimetz served as Under Secretary of State for Security Assistance, Science and Technology in 1980; as Counselor of the Department of State (1977-1980); and as a staff assistant to President Lyndon Johnson (1967-1969). Further, he has served as the Personal Representative of the United Nations Secretary General for the "name" talks between Greece and Former Yugoslav Republic of Macedonia.

In addition to his service at CEU, Nimetz is a trustee of American University of Central Asia and is a director of several corporations and non-profit organizations. He shared his hope that many more alumni and friends will join in supporting CEU's campus:

"As a trustee of CEU and AUCA and an alum of Williams, Oxford, and Harvard, I know how vital private support is for universities to accomplish their goals. CEU is transforming its campus so it can provide students with spectacular 21st century facilities in the heart of Budapest. It is exciting to be part of this important project, and I encourage all who care about CEU to join in supporting these vibrant new environments for learning and exchange." 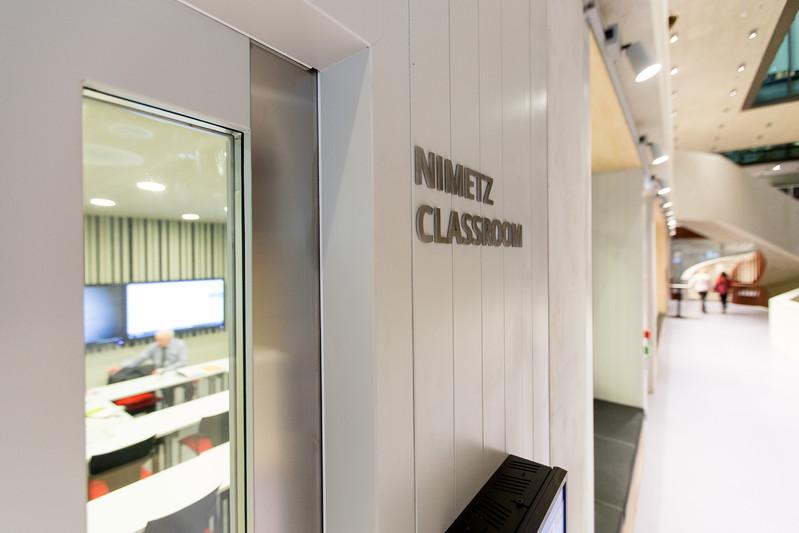 The Nimetz Classroom, which accommodates 16 and features two large interactive screens, is room 102 in the Nador 15 building.