The defense of free speech is more important than ever in an interconnected, globalizing world in which the disillusioned are turning toward more closed societies, said Timothy Garton Ash, Professor of European Studies at the University of Oxford and director of the Free Speech Debate project. Garton Ash spoke Feb. 23 at CEU as part of the Re-thinking Open Society project, which brings leading thinkers to CEU to examine open society, its history, its achievements and failures and its future prospects in a world where its ideals are under threat.

“Now we are experiencing what I hope is a temporary diversion to something which most kindly might be called illiberal democracy, but perhaps more accurately, in the language of political science, electoral authoritarianism, and from an open society to a more closed society,” Garton Ash said. “Therefore the defense of free speech for the defense of an open society is more important than ever.”

Why is free speech so essential to democracy? Garton Ash presented the classic arguments, distilled as self, truth, government, and diversity. Free speech is essential to express ourselves, and to seek the truth.

“We need freedom of expression and of information to govern ourselves well, for democratic self-government,” Garton Ash said. “In increasingly diverse multicultural societies we need free speech in order to understand the other. How can I know what it is like to be a Muslim, a Roma, a Kurd, a lesbian or a conservative Catholic, if we have not been able to explain it to each other?”

These principles may be time-honored, by and large, but the conditions for free speech have been totally transformed by the transition to an interconnected world, Garton Ash said. While we have all become neighbors, there are dangers in speech moving across borders where it may be misinterpreted or misused for violent ends. International treaties are not the only element aiming to govern this process, he said.

The actors in the interconnected world include big dogs, the international treaties and organizations, big cats, which are companies such as Google and Facebook, and we, the mice, the users, Garton Ash said. The big cats are gaining in prominence geographically, Facebook having become a “privately owned global public sphere.”

“Every second, Facebook, mainly by automated decisions, is deciding what you can and cannot see,” Garton Ash said. “These decisions are untransparent, unaccountable, and unappealable.”

“What do we do, the mice? Networked mice have the extraordinary possibility for collective action,” Garton Ash continued. “A Harvard study of censorship in China showed that what the censors take down is not criticism… but anything that could lead to collective action – even if it is sympathetic to the government.”

In order to frame the support the defense of free speech, Garton Ash and colleagues embarked on the freespeechdebate.com project at Oxford, a set 10 draft principles of free speech crowdsourced on the site and through conversations across the world. Garton Ash recently published these principles in “Free Speech: Ten Principles for a Connected World” (Yale University Press 2016). 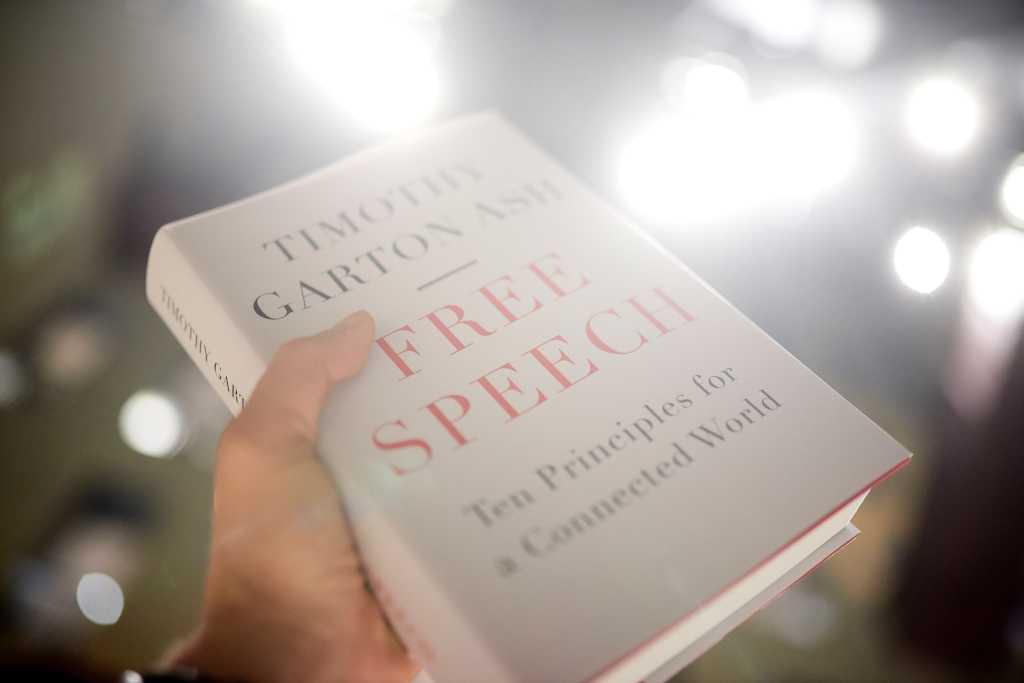 In his talk at CEU, Garton Ash focused on journalism, i.e. “we require uncensored, diverse, trustworthy media so we can ask well informed decisions and participate fully in political life.”

Within that principle, censorship is not always a threat per se, but both diversity of media outlets in a country, and the outlets’ trustworthiness comes under threat via ownership, he said. Trustworthiness is also a challenge in a world of “alternative facts,” which stems from the failure to focus on the truth, he said.

“The internet, which in principle offers the possibilities for the enhancement of free speech, is also a threat to the media we need for democracy,” Garton Ash said. “First, the very fact that there is almost an infinity of channels means that you have a fragmentation of media… which makes it much easier for people to go off into their own echo chambers… This of course makes it easier for fake news, or true news distributed with malicious intent… or as important, a strong, emotionally appealing, simplistic narrative to prevail. The second thing the internet does is to blow out of the water the business model of most newspapers. What that means is that if you’re struggling for survival, you shout… If it bleeds it leads… that too, diminishes the quality of the public debate we need for democracy.”

Garton Ash went on to look at the concept of open society and how it has come under threat. Karl Popper, the philosopher and author of "Open Society and Its Enemies' (1945), described the evolution from closed to open societies as a historical process. That may have happened, Garton Ash said. Secondly, the epistemology of democracy is problematic because it describes politics as truth-seeking, which leaves no room for emotion. Popper also speaks of the “unhappiness,” “uneasiness” that comes from open society, Garton Ash said. Popper also noted the characteristics of a closed society includes kinship ties and common joys.

That raises the question: to what extent is the transition from open to closed societies a reaction to the extreme radical spread of open societies in the form of globalization, immigration, social and cultural liberalization?

“I think very much so,” Garton Ash said. “The classic populist line which you hear in Turkey, England, India, Poland is “I don’t recognize my country anymore.” That’s all these feelings Popper was talking about lyrically, in parts of the population who are by no means racist or xenophobic but are utterly shaken and bemused by the pace of change.” 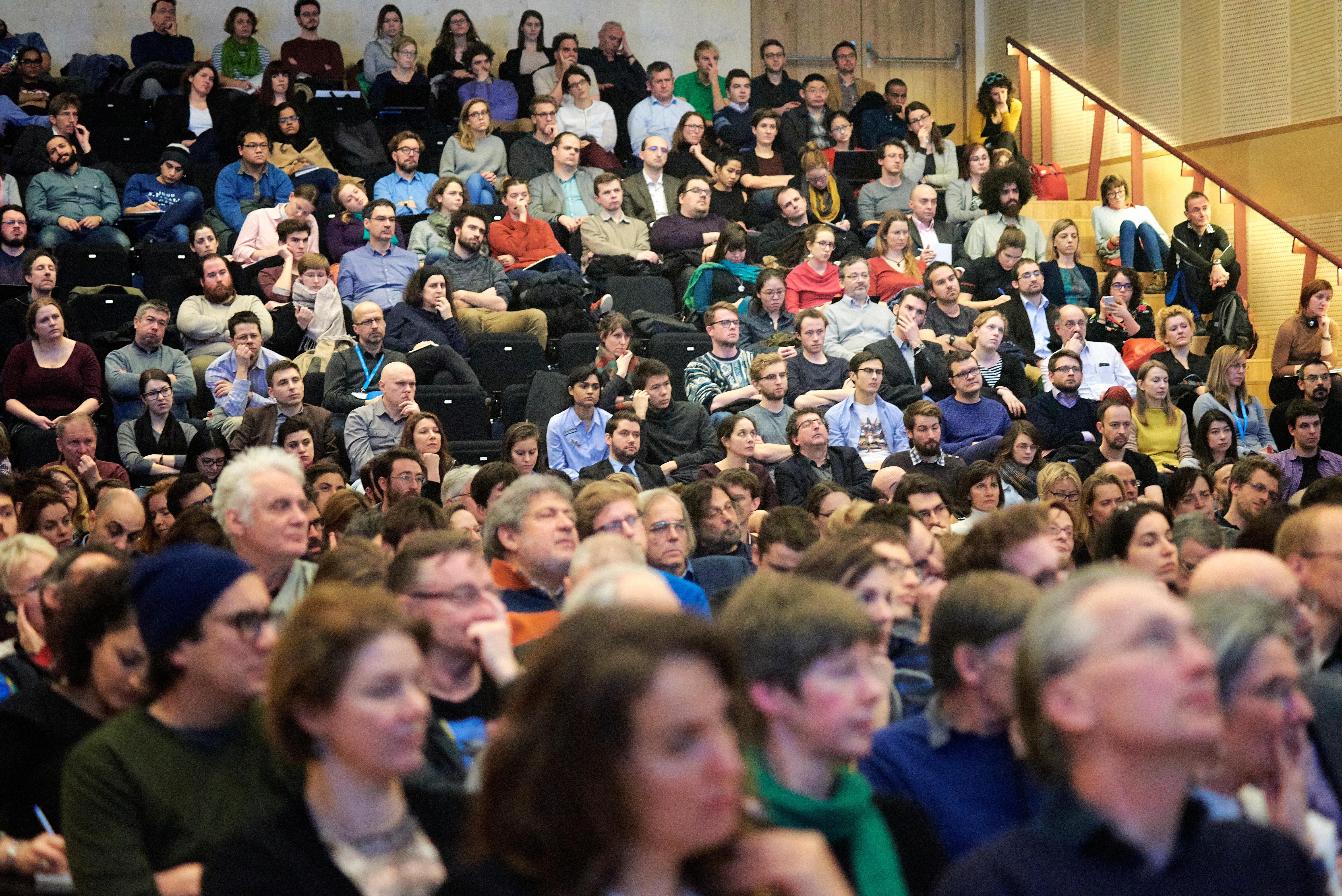 One of the biggest challenges is that the developments in the media “actually facilitate the return to a closed society,” he said. The echo chamber is an “open invitation for populists and authoritarians to get into those echo chambers, be heard and be supported. Donald Trump is the classic example.”

What can we do? Garton Ash and CEU President and Rector Michael Ignatieff agreed that self-criticism and defense of democratic values are equally important.

“We have to be self-critical, question and interrogate and doubt… but at the same time we have to fight to defend these values, the open society, against all those who are trying to take us back to a closed society,” Garton Ash said at the close of his talk.

“Instead of circling the wagons and being frightened by the 21st century, take a completely different approach,” CEU President and Rector Michael Ignatieff said in his introduction, describing the purpose of the Re-thinking Open Society project. “Take pride in our principles and values, but ask in an honest way why these values are meeting critical resistance, what we need to learn from those who are contesting those values, and how we respond to criticism.” 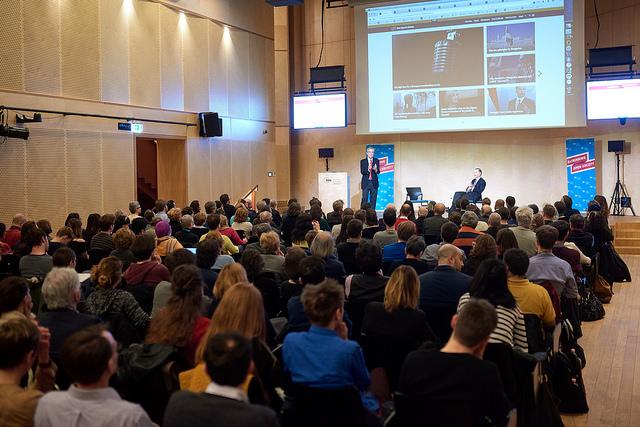