Are you Game? Presenting Cultural Heritage by Playing at CEU

Games and playing are essential parts of human life that show significant cultural variation and reflect the changes in society. However, their role as an element of cultural heritage and the social identity of various communities is often underestimated. This is why a group of first-year students in the Cultural Heritage Studies Program at CEU (CHSP) chose games as the topic of the annual project of the Cultures in Danger Student Initiative. The output of the project was a four-day long event series at CEU and the Collective Imagination: Reconstructing the Practice of Traditional Games exhibition, open through the end of March. Through the Are you Game series, the initiative aimed to raise awareness about the cultural value, variety and transformation of playing and games by presenting games of different cultures and ages. 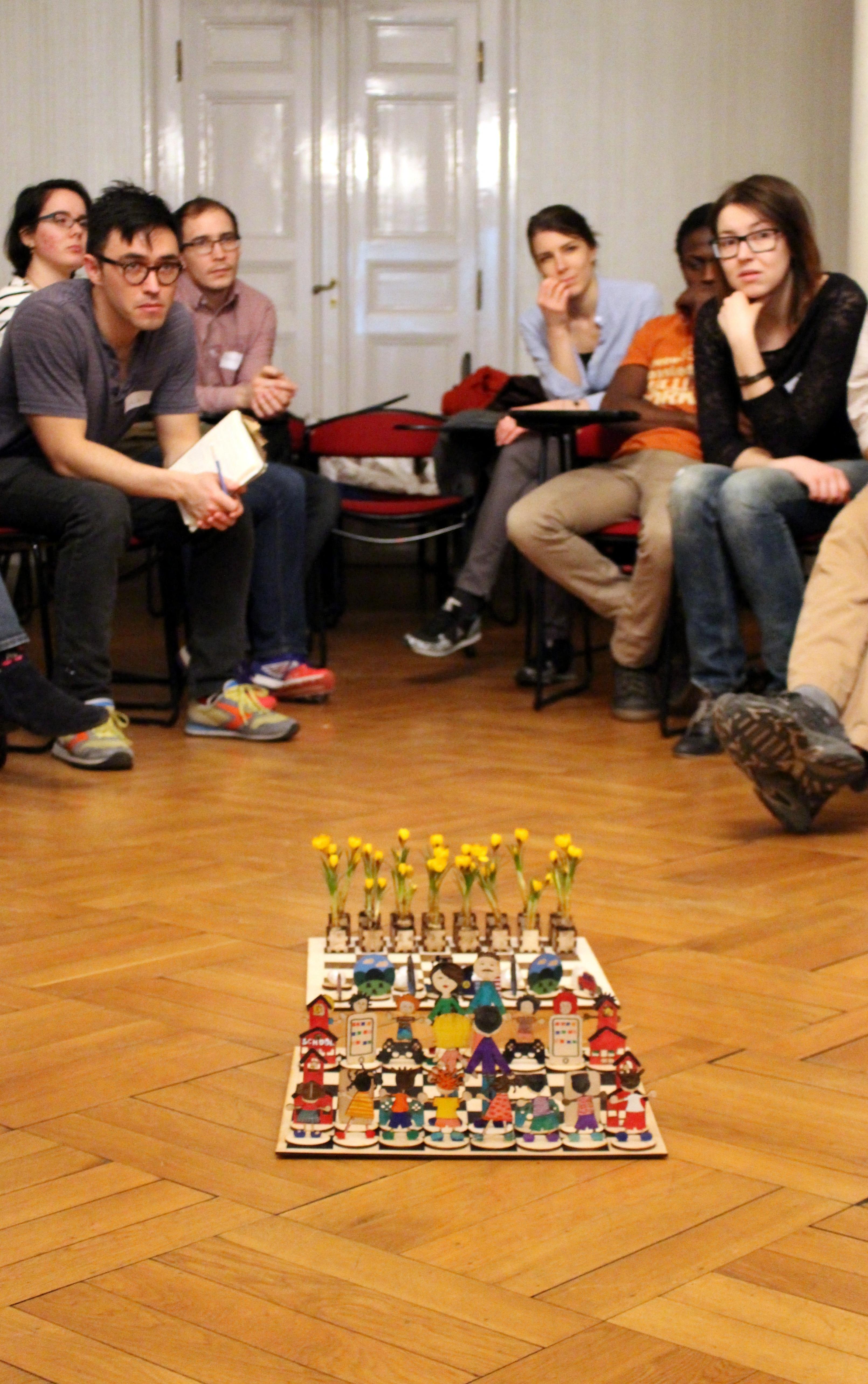 Participants in the Gamification workshop learn how to change attitudes by turning life situations into games. Photo: Veronika Budai

The event series opened on March 7 with The 3C Games, dances from Ghana performed by CEU students, lead by Joseph Pieterson from CHSP. 3C stands for coordination, concentration, and confidence, which make not only playing easier but also our entire life. The dance was folloed by mentalist Szabolcs Molnar’s show and an introduction to the Cultures in Danger initiative and the project behind the Are you Game series by Aleksandra Cwik, CHSP student, and Professor Jozsef Laszlovszky, the director of the program.

Tamas Regi presented the traditional board games of Africa, focunsing on the role of Mancala in various Ethiopian communities. You can still try this game at the Collective Imagination: Reconstructing the Practice of Traditional Games exhibition, where a traditional earth Mancala is on display. The “Snapshot of Games” section of the exhibition presents through the eyes of photographers how traditional and popular games are played in the different corners of the world. A final selection of the twenty best photographs submitted to the photo contest is displayed here, showing various traditional and modern games from fifteen countries, stretching from Europe to the Far East. The photos highlight that variations of the same, globally popular games are played in different regions of the world, and they universally evoke the playful side of people. They also reveal where certain widely known games originated before they spread over the continents, something most of us rarely think about. The captions below the photos are based on the short descriptions or comments submitted by their authors, and they provide information on the games, cultures, and their places of origin. 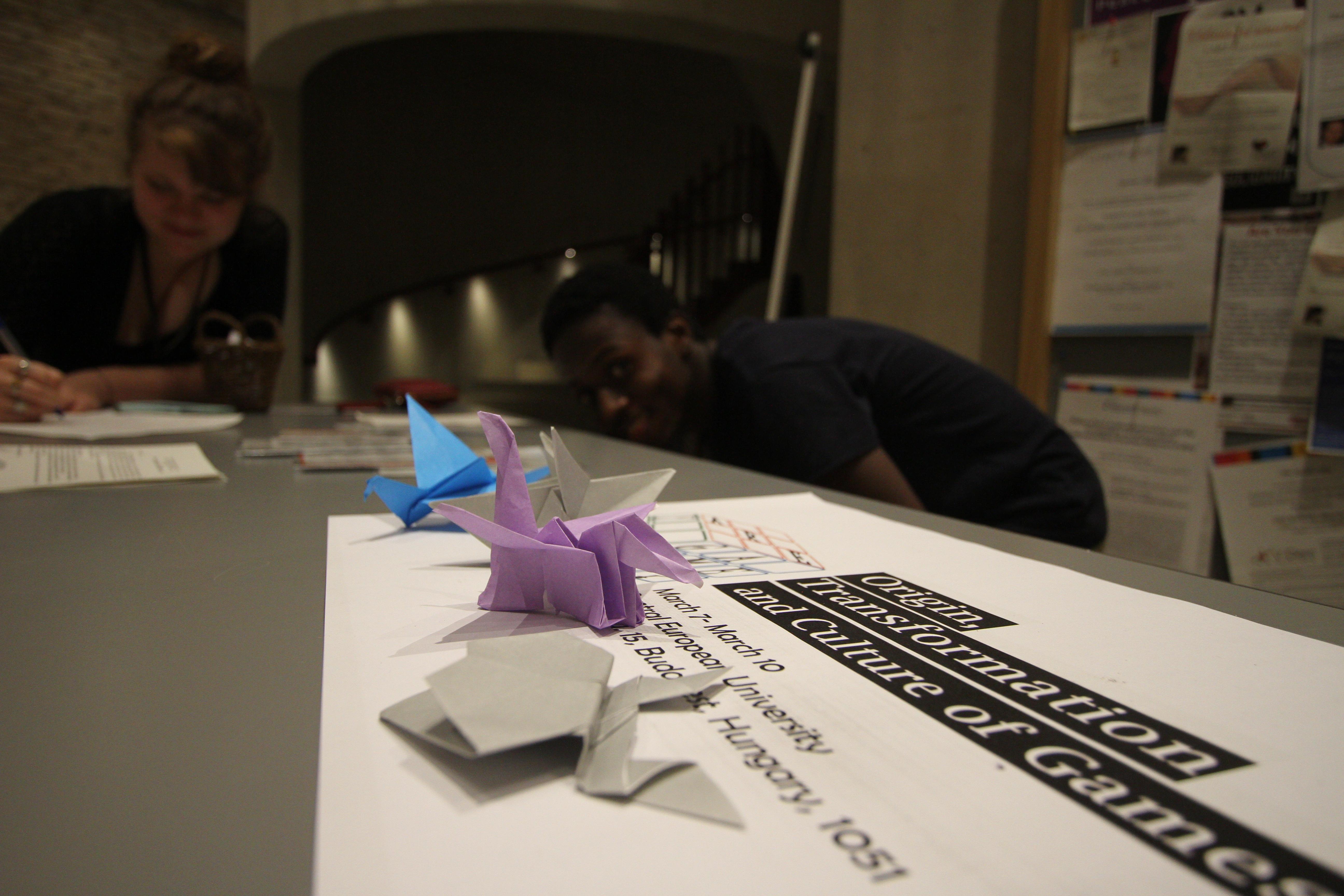 Those who joined the Gamification Workshop first learned more about the theory behind gamification, then came up with their own ideas in groups on how to change people’s attitudes by turning various situations in life into games, such as how to make public transportation more popular or how to keep students awake during their classes.

The closing program of the event was the ‘Survival Games’ Scavenger Hunt, where anyone could grab a booklet and discover different endangered cultures through playing their games. Five stations awaited them with five cultures to discover: the Maori, the Aboriginal, the Sami, the African, and the North American peoples. Players could try lassoing a reindeer, traditional stick fighting, and searching for Chuka bones. Those who could complete each task were rewarded with an origami set and vouchers generously offered by the Estratto Cafe in Nador 15.

The organizers aimed to encourage the audience to investigate the origin and development of their favorite games, and to awake their playful self. They not only wished to raise awareness of endangered games, but also of endangered cultures by bringing their traditional games to CEU. Activities helped to explore the transformation of games as well as the social and cultural factors that have facilitated these changes. 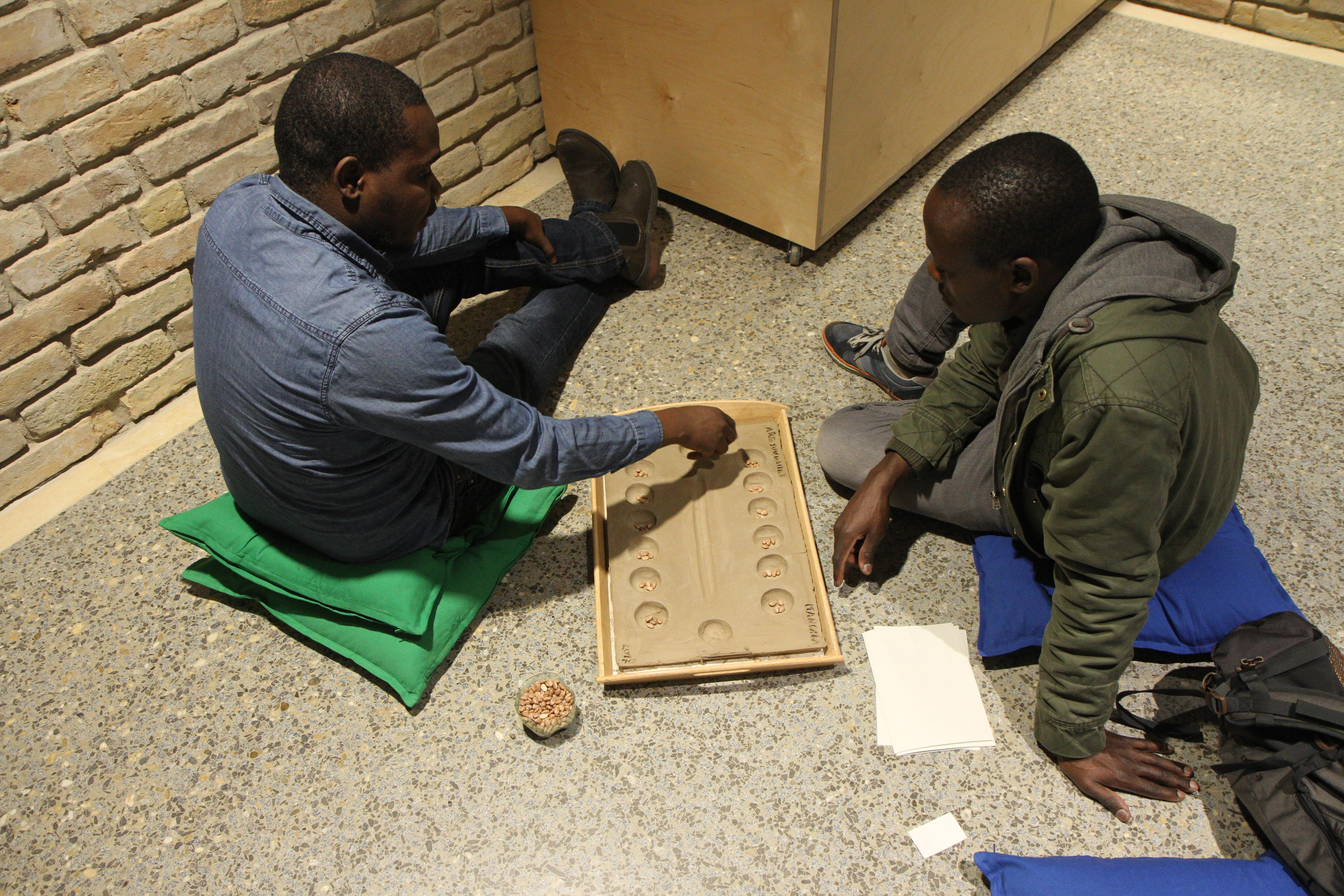 The Cultures in Danger initiative was launched by the students of the Cultural Heritage Studies Program at CEU. Its goal is to inform the public about disappearing cultures, their values, and traditions, and to present the challenges the preservation of cultural identity face in today’s political, social and economic conditions. Members of the initiative organize events each year along these lines. By raising these issues in an international academic environment through events, the initiative is aimed to create a community that is aware of and engaged with the diversity of endangered cultures in contemporary societies.