Migration of people, information, and ideas is the phenomenon that is threatening the concept of open society and transforming democracy into an instrument for exclusion, according to Ivan Krastev, chair of the Centre for Liberal Strategies, Sofia, and permanent fellow at the Institute for Human Sciences in Vienna (IWM). Within that, there are three paradoxes that have also cleared the way for the drift toward populism, he said, speaking March 9 as part of the Rethinking Open Society project in a President’s Lecture entitled “Perhapsburg: Reflections on the Fragility and Resilience of Europe.” The lecture was hosted by CEU President and Rector Michael Ignatieff.

“Migration is going to be the 21st-century revolution,” Krastev said. “Not of parties, manifestos, leaders, it is the exit revolution of the individual.”

Today, Krastev said, people dissatisfied with their country’s government are choosing not to make change at a societal level through political action, but by moving to countries they find more attractive. Since people today have access to information about the most prosperous countries in the world, they compare their standard of living with the most advanced, he said.

This, in turn, prompted many living in a prosperous Europe to take a reactionary stance. The argument that gained prominence in the 1970s, in which villages in India fought for the right to resist development projects in order to protect their way of life, has resurfaced in Europe, he said, in the form of “threatened majorities.”

“Ethnic and religious majorities are feeling persecuted the way minorities usually do,” he said, even within Europe as for example 1.5 million Bulgarians migrate to other European countries to work. “The idea of ethnic disappearance will become a major force of the future. Populist parties promise to stop time.”

This clashes with the concept of open society, and undermines the view of democracy held by proponents of the open society, Krastev said.

“Open Society functions on the basis that democracy is inclusive,” he said. “But now we see that the same institution can also be the institution of exclusion. Under certain conditions, democracy can be an open society, but it is also the way of closing societies in a very legitimate way through the popular vote.”

There are three paradoxes within Europe that are enabling the rise of populism, he said.

First, countries in Central and Eastern Europe that are vastly pro-European Union are voting for euroskeptic parties. Newer democracies are now breaking down the checks and balances that many think are essential to a functioning democracy.

“Euroskepticism in Eastern Europe is different. No one believes we are better off out of the EU. It’s rather europessimism, the thought that it may not survive,” Krastev said. Why this pessimism? “We have the collapse of a political system in our personal experience. Communism was very stable, but collapsed overnight. This type of fragility of everything political creates the pessimistic view that everything can collapse.” 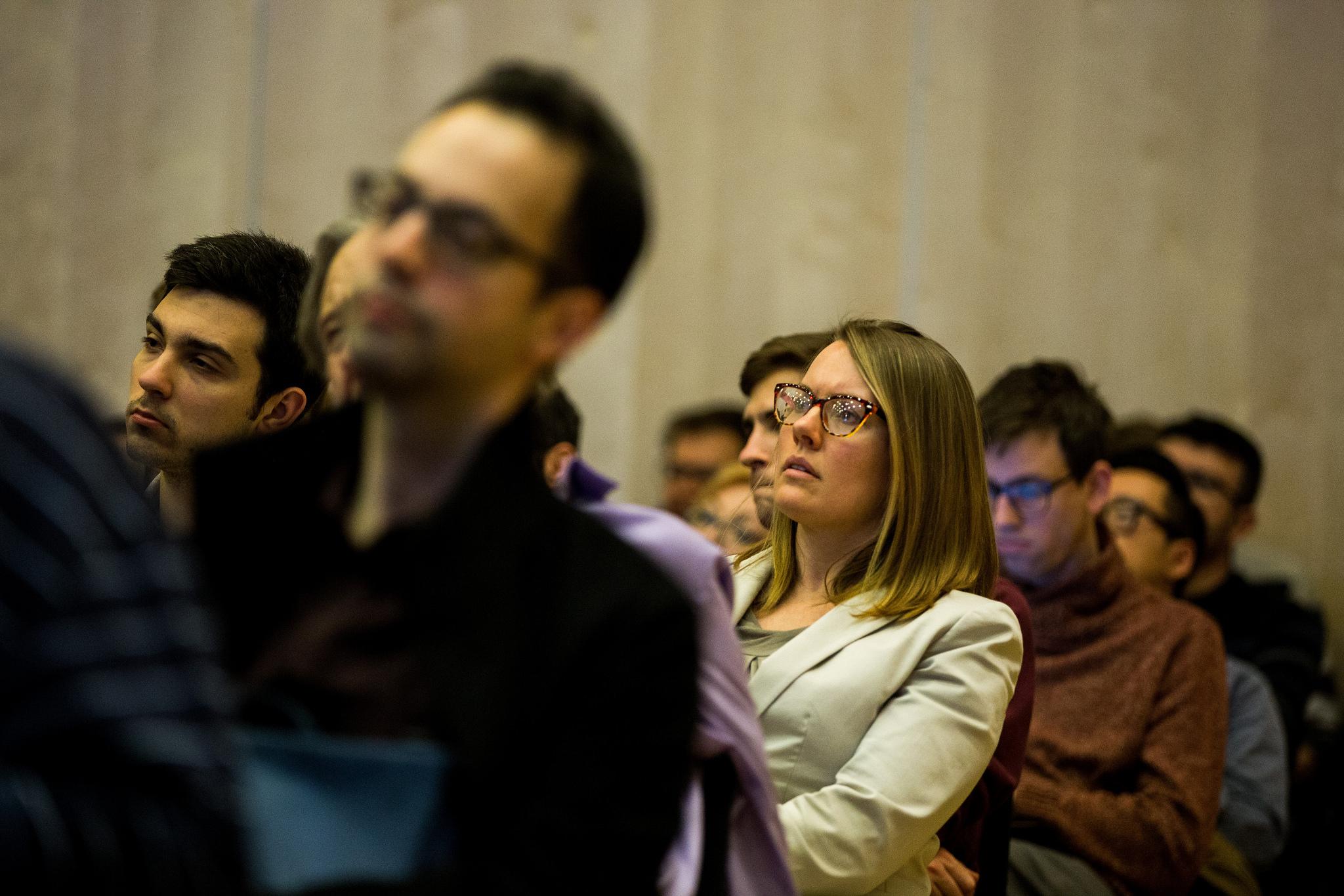 As for checks and balances, Krastev’s theory is that people on the street see governments blaming the central bank or courts for their inability to act, and conclude that checks and balances are preventing accountability. They come to believe that leaders are corrupt, but at the same time, accountable to the people, he said, calling this the Central European paradox.

Secondly, in Western Europe, the younger generation is more politicized, liberal, and pro-European Union, but at the same time ineffective, he said. They are empowered by technology, but also feel they don’t need institutions for success. New forms of political action are not effective. Two young parties that are successful – in Greece and Spain – are effective because they are modeled on traditional leftist parties of the 1960s rather than the horizontal networks enabled by technology, he said, calling this the Western European paradox.

The third paradox, the Brussels paradox is about meritocracy. Successful bureaucrats made their careers by getting the best education, performing well in their studies, the meritocratic way. This means they do not have empathy for the “losers” of society, and this is resented by those far from Brussels. These elites are also mobile, and are envied or resented by those who did not acquire the language or other skills to be able to do so. Populist leaders often fall into this category, or seize on this discontent for their own politics.

“The message of the populist elite is, “we are probably corrupt, probably inept, but we will stick with you to the end.”

Despite these three paradoxes, which do not bode well for the EU and the open society, Krastev is optimistic. The year 2016 brought successive shocks for proponents of open society, but the key shock was that these events, i.e. Brexit, the election of Donald Trump, were unexpected. In 2017, we expect the worst, and we will probably get something better, he concluded.