Are You Game, CEU?

Are you game? A multi-day, interactive event of the same name took place earlier in March in order to introduce the CEU community to the "Origins, Transformation, and Culture of Games" in a fun way. Games are a vital component of cultural heritage and social identity, yet are rarely seen as such. Therefore, the Cultural Heritage Studies Program at CEU launched this project's exhibition, public lecture, workshop, and scavenger hunt with the aim of increasing the awareness of the importance of games and the cultures they embody.

The mission was to highlight the cultural value of play and games by presenting games of different cultures at an event that included both academic and recreational programs. The result was that the events were as much fun as educational. The opening ceremony even included a magic show by the mentalist magician Szabolcs Molnar as well as a dance and music interactive performance. Later, there was a "Survival Games" scavenger hunt conducted throughout the university. 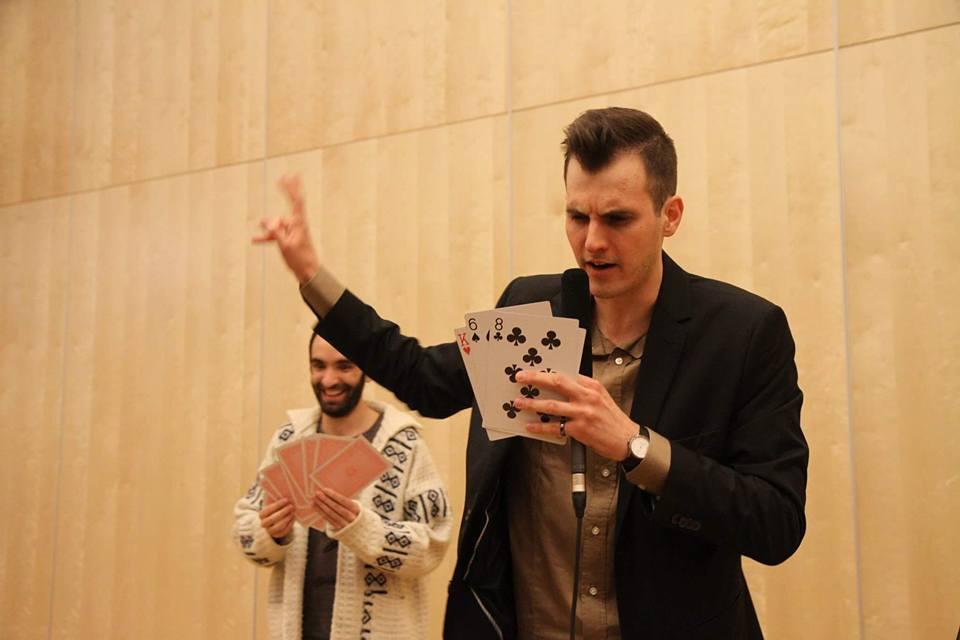 "We believe that play and games are an essential part of everyday life," says Aleksandra Cwik, one of the student organizers. "However, their role as an element of cultural heritage and social identity of local and global communities is often underestimated and endangered." This is why the Cultural Heritage Studies Program seeks to preserve and transmit games for future generations.

There was a feeling that the timing of the event would not be ideal—the end of term rush could make it harder for both CEU students and faculty to attend, and there were other interesting events going on during the week. Nonetheless, many people turned up to the exhibition opening and lecture, and the workshop was fully booked days in advance. There were also many enthusiastic responses to the scavenger hunt. One of the central points of the event was to help participants enjoy themselves, and that certainly happened!

Overall, it was a success, says Cwik. Students of the Cultural Heritage Studies Program organize events each year along the lines of these activities. By raising various issues related to the protection of endangered cultures and traditions, the Cultures in Danger initiative aims to create a community that is aware of and engaged in the diversity of endangered cultures in contemporary societies.