The Center for Ethics and Law in Biomedicine at Central European University (CELAB) represented Hungary in UniStem Day 2017 on Friday, March 17. In seven European countries, 75 universities and research centers participated in the event which celebrates "the long and fascinating journey of stem cell research," with seminars, roundtable discussions, and laboratory activities. Over 27,000 university and high-school students joined UniStem Day 2017.

CELAB hosted university students from Eotvos Lorand University's Faculty of Science and the Barczi Gusztav Faculty of Special Education and from the Faculty of Medicine of Semmelweis University; and high school students from the Apaczay Csere Janos, Szent Istvan, Jozsef Attila, and Varosmajor secondary schools. The students listened to informative presentations and discussed the hopes generated by and the obstacles to stem cell research, as well as the ethical and legal challenges involved in using stem cells for research and therapeutic purposes. 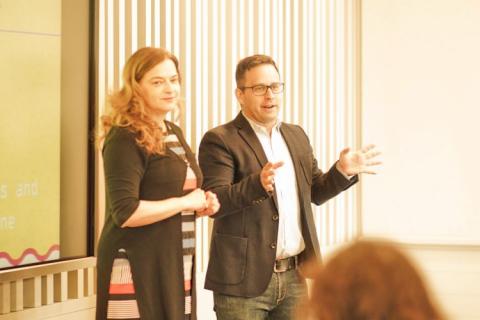 Professor Judit Sandor, the director of CELAB, and Marton Varju, CELAB research fellow,  and have already completed two FP7 European research projects in the field of stem cell research. In both projects their contribution was to conduct a comparative legal study on fundamental normative issues, including intellectual property aspects of the stem cell research and therapy. Following this multidisciplinary tradition, CELAB organized the Hungarian UniStem Day with presentations that provided examples on the current use of the stem cell research and also controversies and limitations of its applications.

After the opening remarks by Sandor and Varju, brief lectures were presented by researcher Szilvia Kiraly, a student at Varosmajori High School, as well as scholars from the Hungarian Academy of Sciences' Research Center for Natural Sciences; Agota Apati, Elen Gocza, and Tamas Orban. 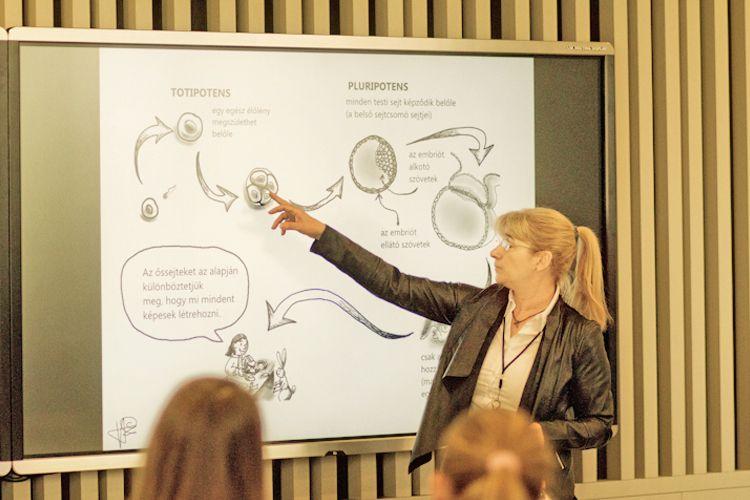 Agota Apati, ‎principal investigator at the Institute of Enzimology, Research Centre for Natural Sciences at the Hungarian Academy of Sciences, gives a presentation at UniStem Day 2017. Photo: Kinga Lakner

While scientists openly discussed the current scientific, ethical and legal hurdles, lawyers and the audience engaged in a debate on the future reception and social concerns of these technologies – for instance, concerns that this expensive selective treatment would be available only to the well-off and not to the poor. By combining stem cell research with gene editing, a new avenue for human enhancement would emerge and so-called designer babies could be created. While spine injuries and several other neurological diseases may be effectively treated by stem cells based treatment in the future, hopes and expectations often result in hasty regulatory solutions. Chimeras pose also ethical questions. While animals with human genes may be useful models for understanding diseases and potential treatments they also raise the question of the human-animal delineation. 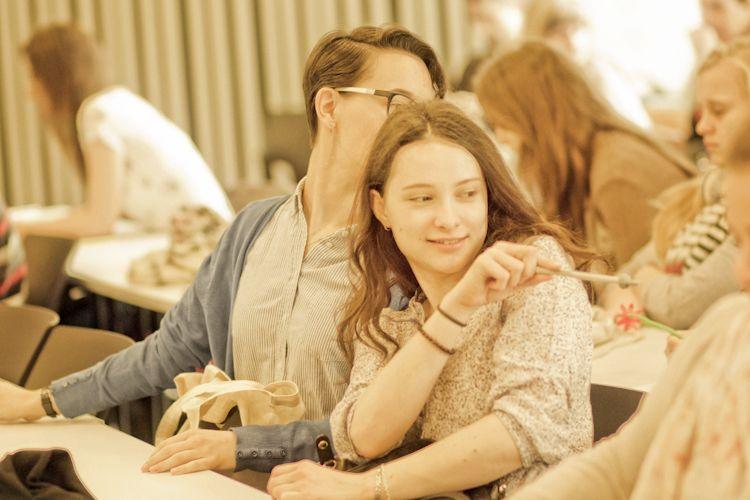 The presentations were followed by a panel discussion and an interactive workshop.

UniStem Day 2017 was dedicated to Dr. Ahmadreza Djalali, who was arrested and may face the death penalty for suspected espionage in Iran. He is a researcher teaching at the European Master in Disaster Medicine (EMDM) program in Italy. A petition has been started against his possible execution. UniStem joins the appeal for his freedom and considers that concrete actions to protect him are crucial for the well-being of our democratic countries.