France's Secretary of State for European Affairs, Harlem Desir, tweeted an expression of concern for CEU after the legislation was passed in Hungary.

This institution has been functioning for more than 25 years in Budapest in cooperation with the entire research community and higher education community of Europe and currently enrolls about 1500 students and numerous professors from around the world, including French students and professors.

France hopes that the activities of CEU will not be called into question and remains attentive to developments in the situation. 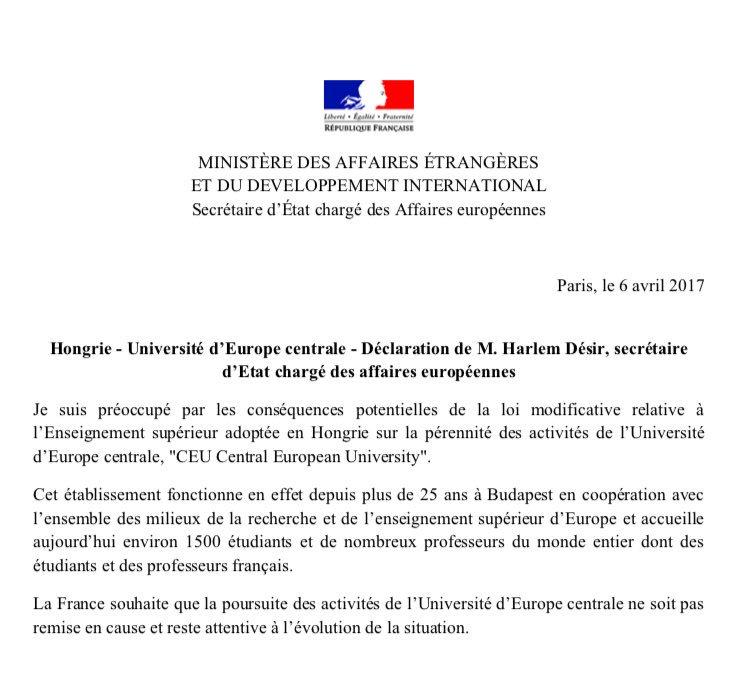