The presidents, chancellors, or vice-chancellors of 23 graduate research universities in North America and Europe expressed their support for CEU and concern about the amendments to the higher education law in Hungary in a joint letter to Prime Minister Viktor Orban.

"In 25 years, Central European University has established itself as a private international university with a global reputation for teaching and research in the social sciences and humanities," the letter reads, outlining the global nature, high rankings, accreditation system, and independence via the Board of Trustees and the Senate, and its contribution to Hungary's academic life and reputation.

"As concerns CEU, the new legislation is discriminatory in effect and would make the Central European University lose its very character as the binational and international institution that has been shaped through unique United States and Hungarian cooperation over the last 25 years. The changes endanger the academic freedom vital for the CEU's continued operation in Budapest and set a dangerous precedent for academic life in other countries. We respectfully urge the government to bear in mind the damage the legislation might do to Hungary's wellfounded international academic reputation, to its relationships with its European partners, and with the United States."

The full letter is available in the attachment. 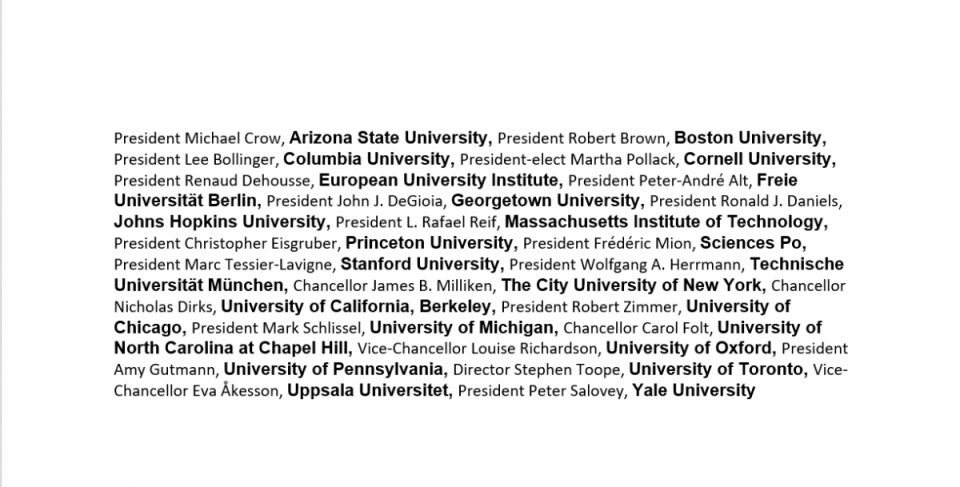