“There are many different ways into the UN,” explained Martin Nesirky, director of the United Nations Information Service Vienna (UNIS), at the Careers in the United Nations event hosted by the CEU Career Services April 11. There are also a variety of careers in the United Nations – including as peacekeepers, lawyers, events coordinators, consultants, interpreters, and communications officers.  While some people join the UN immediately after earning their academic degrees, others, like Nesirky, first focus on gaining valuable skills and experience working in NGOs, the private sector, national or local government, etc. first. 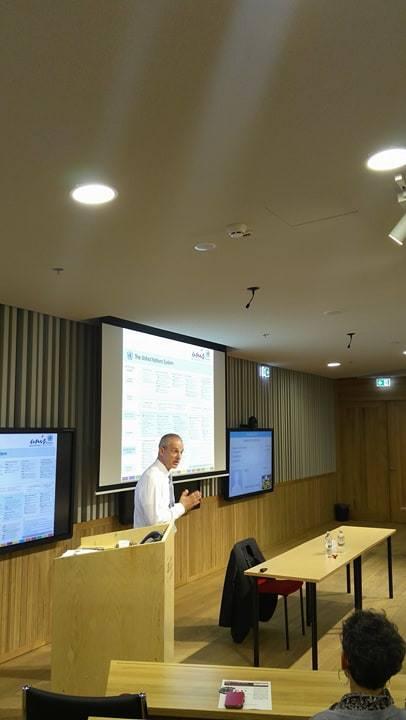 Nesirky noted that the UN recruits people from a range of academic backgrounds including life sciences and medicine, arts and the humanities, engineering and technology, and business and management. The UN also recruits both globally and locally, depending on the position. Nesirky urged students to visit http://careers.un.org to find out about opportunities at the UN, but stressed that the website was “not a one-stop shop.” He also recommended unjobs.org as a useful resource.

In his presentation, Nesirky spoke not only about careers at the United Nations but also about some of the changes that have taken place since António Guterres became United Nations Secretary-General on January 1, 2017. He summarized the areas that Guterres has identified as his priorities for 2017-21: peace and prevention; sustainable development; and reform. “Peacekeeping is a flagship enterprise for the UN,” commented Nesirky, noting that UN peacekeepers were often “working where there is no peace to keep.” Nesirky stressed that sustainable development was a “major priority” for Guterres. So too is reforming the United Nations. There is an increasing recognition, said Nesirky, that the UN needs to reform in order to more effectively do its work. “There will be changes in the way we work, where we work, and how we fund the work,” said Nesirky.

“It is not easy to get a job at the UN,” admitted Nesirky. “You will apply many times and get knocked back. You must have determination, drive, and resilience.”

Martin Nesirky’s presentation was organized by CEU Career Services as part of the ongoing “Careers in …” series of career events.