Democracy Can Be Effective Even with Poorly Informed Voters, Christiano Says

Democracy effectively creates successful economies and societies, even though the average voter is not well-informed about the issues, because of the mechanisms of the economics of information, according to Tom Christiano, professor of philosophy and law at the University of Arizona, who spoke at CEU April 13 at a President’s Seminar, part of the Rethinking Open Society series.

Democracies generally produce stronger economies, have better human rights records, better environmental protection measures, and are more peaceful. This is true even though citizens participating in the democratic process do not have the time, access, or inclination to become fully informed about the workings of the economy, or environmental issues, or foreign policy, for example, Christiano said.

So how is it that citizens can make good decisions?

“Democracy has mechanisms that enable citizens to make decisions based on good information without they themselves having all that information in hand,” Christiano explained. “It’s about something called the economics of information.”

First, free information is available in a democracy and different citizens get access to different amounts of it from institutions, including government bodies, thinktanks, and civic organizations, as well as media, opinion leaders, and networks of family and friends. Second, citizens use what are called, in the language of political science or cognitive psychology, “shortcuts,” in this case, to information, he said.

“With the free information and using these institutions and networks, citizens can actually become sufficiently well informed so that they can actually guide the society that they live in,” Christiano said.

This is a process of obtaining information from well-informed sources who have distilled their own research and information into simpler messages, he said. It’s analogous to what we do when we get ill – we don’t go study for years to become a doctor, we rely on a doctor’s training and information sources to obtain a diagnosis and prescription.

The challenge is the quality of information and the equitable distribution of tht information, Christiano said.

“The thing is, there’s a lot of inequality in this process – good or lousy free information. The more democratic a society is, the more free information there is and the more access to information, which helps alleviate this,” he said. 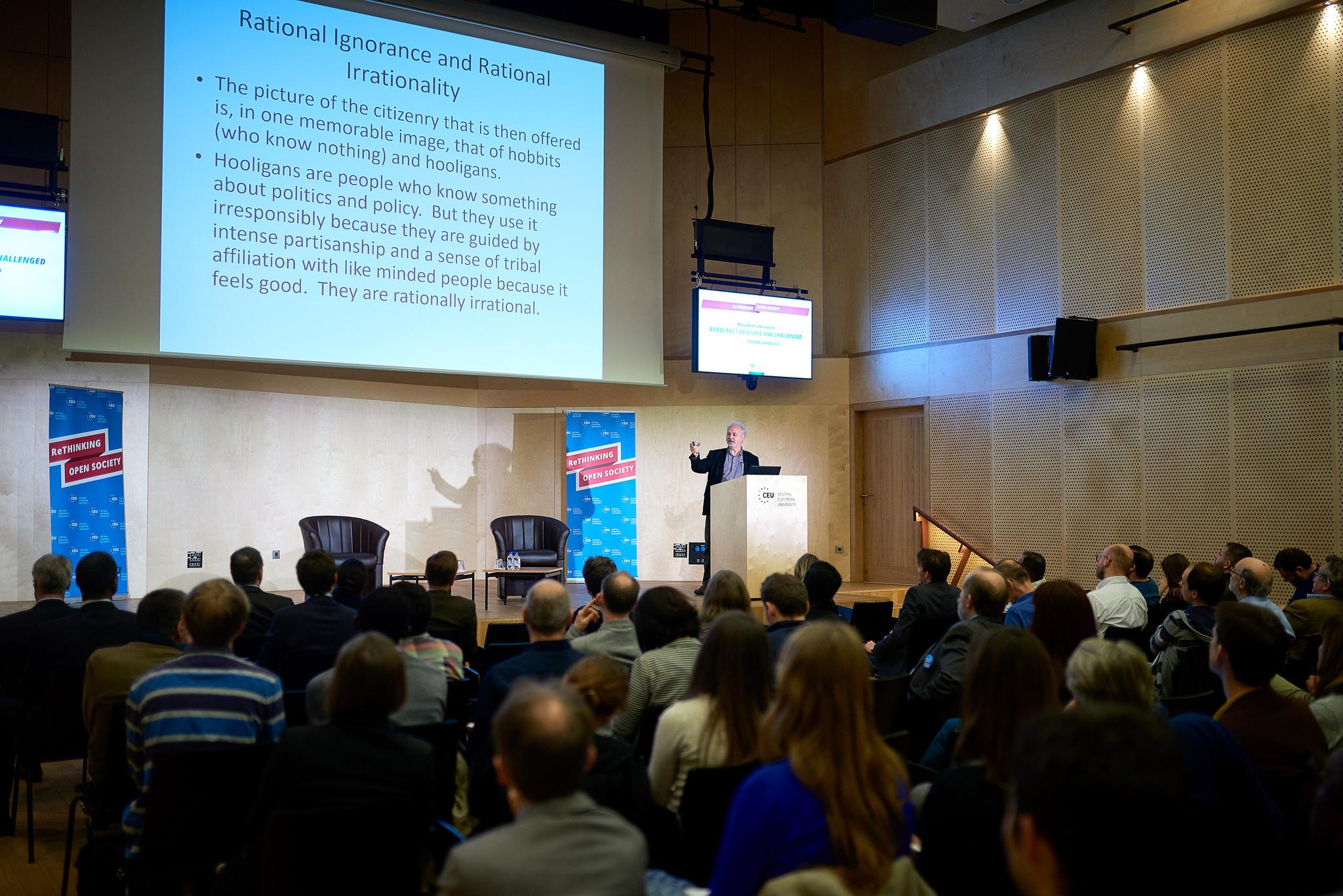 Labor unions have historically contributed to this by gathering information relevant to workers and keeping that community well informed. The decline of unions in the U.S. poses a threat to the equitable distribution of fair and sufficient information, he said.

“I think that without the presence of unions, a lot of individuals become prey to demagoguery,” he said.

Foreign policy is an area where citizens tend to be particularly poorly informed, he said.

“This is where I think we see part of the rise of nationalism, because you have large numbers of people who are not getting as much as if there were rational sources of information in their everyday lives,” Christiano said.

The paradox, without the presence of unions or organizations with a similar function, is how to identify those interests that are not sufficiently represented, without that process becoming intervention in politics.