The leadership of the Tbilisi State University expressed solidarity and called on staff members kto stand up for CEU.

"Prime Minister of Hungary - Viktor Orbán has been actively fighting against CEU (Central European University) during last several months. CEU represents one of the main research facilities in East-central Europe (and not only). As long as CEU supports the idea of free and democratic society, it quickly attracted Prime minister's attention.
According to a recent news report, parliament plans to vote for the law, which insists that CEU will no longer have HEI (Higher Education Institution) status. This automatically means, that Orbán is trying to create his own regime and standards in Hungary. Thus, any institution or organization, which stands for free and democratic values, is under the same threat.
Auditorium 115 expresses solidarity to CEU.
All of us, for whom free and autonomous academy, free and equal society is the important value, will stand with CEU.
Solidarity to CEU! Solidarity to the free academy!
We call each member of administrative and academic staff from TSU (Tbilisi State University) and all of the Georgian universities to show their support for academic freedom." 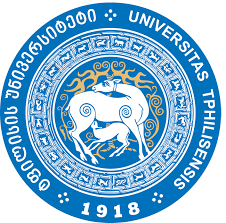