May 2, 2017
News
Department of Legal Studies

CEU mourns University Professor Wiktor Osiatynski, a scholar of legal studies and public policy, a keen and effective defender of open society values, and a staunch supporter of CEU for more than two decades. Osiatynski was awarded an honorary doctorate by Central European University's Senate and Board of Trustees last month, in recognition of his outstanding contributions to the University. He passed away last week at the age of 72.

"On behalf of the whole CEU community, I want to express our sorrow at the loss of such a courageous and noble friend of our university," said Michael Ignatieff, rector and president of CEU. "His whole life incarnated the values for which we stand and we will always be grateful for his example, his bravery and his principles."

Osiatynski is remembered by the CEU community for his unceasing fight against injustice; in his last moments he remained a spirited advocate for CEU: in early April in an interview for Gazeta Wyborcza he described CEU as a place where students from all over the world receive not only world-class, but also European education. He called on the institutions and the leaders of the European Union to come to the defense of CEU, which is currently under threat due to recent amendments to Hungary's higher education law.

Osiatynski, born in 1945 in Bialystok, Poland, held degrees in law and sociology from Warsaw University and the Polish Academy of Sciences. As University Professor at CEU, he taught in the Department of Legal Studies since 1995, offering courses on constitutionalism in Central and European Europe, and on the theory of practice and human rights. From 2003 to 2013 he was the chair of the Marek Nowicki Memorial Lecture series, which brought the most eminent human rights defenders for twin lectures to CEU in Budapest and to the Polish Helsinki Foundation in Warsaw. 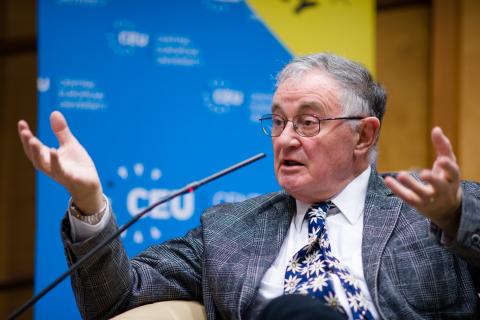 The focus of Osiatyński's scholarly interests was the comparative study of constitutionalism and individual rights. He wrote 20 books, mostly about the comparative history of social and political thought, and developed a number of standard university syllabi, among others on "Human Rights in Eastern Europe" and "Constitutionalism and Rights in Transition from Communism," "Rights, Responsibilities, and Commitments." Between 1990 and 1997, Osiatyński was an advisor to a number of Constitutional Committees of the Polish Parliament. He was a co-editor of the East European Constitutional Review. In 1997, he wrote a book calling for the adoption of the new constitution in Poland. In 2000, he co-authored a definitive analysis of the process of constitution-making in Poland after 1989. In 2009 his book on the theory and history of individual and human rights was published by Cambridge University Press.

Osiatynski was a committed participant in public debates on politics, constitutionalism and a wide range of human rights issues. His books "The Citizen's Republic" on the transformation from communism (2004) and "Rehab" (2005) became the subject of national discourse in Poland.

He was awarded the Polish state distinction, the Commander Cross of the Order of Polonia Restituta, in 2011. 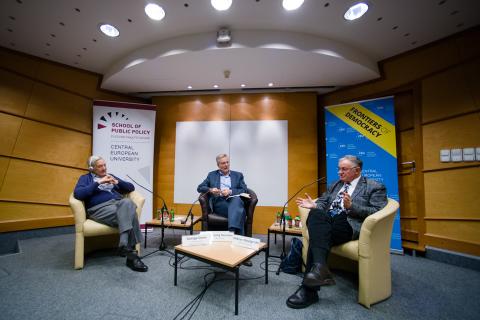 In addition to his global academic pursuits he was committed to raising awareness about alcoholism and addiction, offering his personal struggle as an example. He founded the Commission of Education on Alcoholism and Drug Addiction at the Stefan Batory Foundation in Warsaw, which he chaired between 1988 and 1995.

He was also active in the area of women's rights. In 2006 he was among the four initiators of the establishment of the Women's Party; he was awarded the title of "Feminist of the Year" of the OSK Foundation; he taught in the California women's prison system.

How Misinformation Became a Profitable Business in Eastern Europe
May 29, 2020