May 2, 2017
Support Letter
#IstandwithCEU
News
The Office of the President and Rector

German politician and Member of the EU Parliament Alexander Graf Lambsdorff spoke to CEU students, faculty and staff today and released the following statement in support of CEU.

“The attack on CEU's academic freedom we've watched play out in the past weeks is unacceptable and reprehensible. In bringing infringement procedures against Hungary, the European Commission rightly recognized the amendments to Hungarian higher education law as incompatible with both EU law and, importantly, one of the fundamental values Europeans hold dear. I believe that the new amendments curtail or endanger the future prospects of CEU and, unfortunately, this is not an isolated incident. In Hungary, we are seeing a worrying slide toward illiberalism. As in Poland, the EU should move beyond the infringement procedure and consider opening a rule of law procedure because it is the fundamental values – our shared values in Europe – that are endangered. I stand with CEU in its fight for academic freedom and I underscore the value of the university to the European and international academic community.” 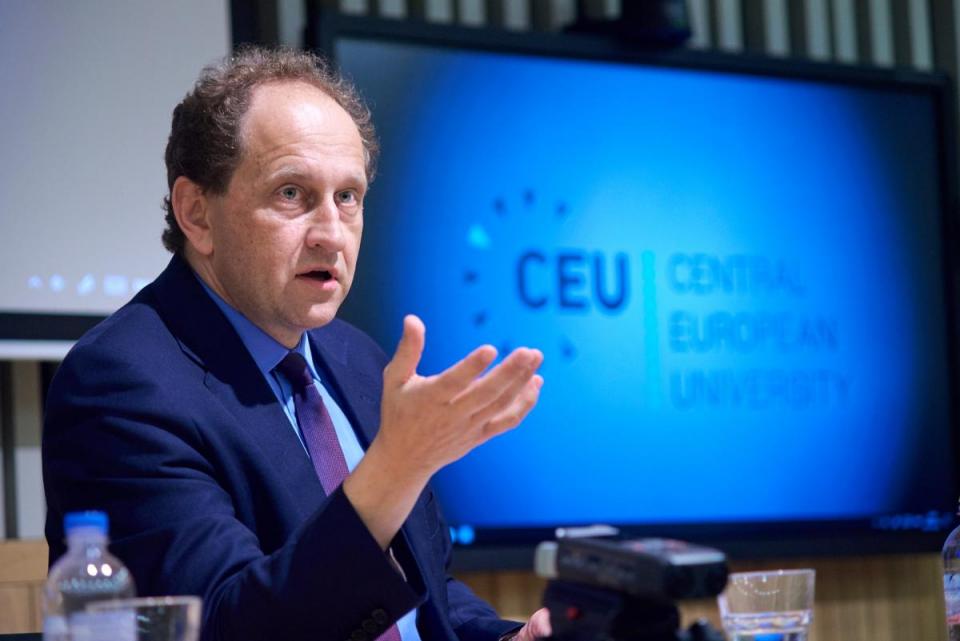