For energy transition to succeed, it's not enough to be viable on a technological and economic level, it must also be politically feasible, panelists concluded at a university-wide seminar held April 27 as part of the Intellectual Themes Initiative at CEU.

"Saving the climate is a tremendous effort, but saving the climate is technologically and economically possible,” Jessica Jewell, research scholar in the Energy Program of the International Institute for Applied Systems Analysis, said at the seminar, citing climate models produced by the Intergovernmental Panel on Climate Change, which have grown from four initially to 1184 in the latest report. "Scenarios have become more sophisticated to incorporate all the uncertainties in economy, trade, technology and many other factors."

The real challenge, according to Jewell, is political feasibility. To incentivize change, scientists came up with the idea of co-benefits, looking at how tackling problems that politicians care about could also help solve climate issues. If politicians decide to reduce both energy import and air pollution, saving the climate would only cost marginally more, she explained. 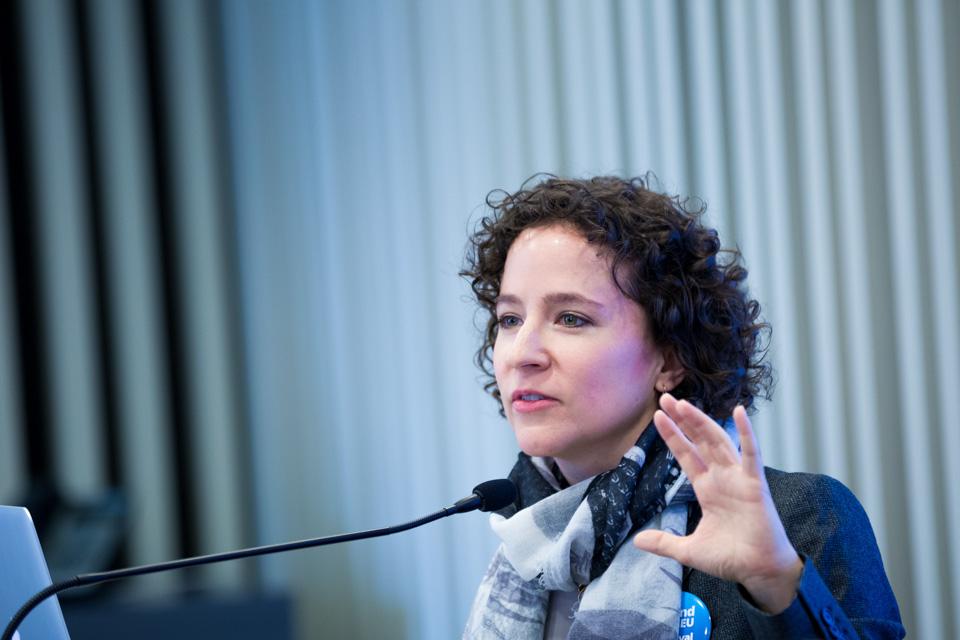 “The problem is that if a politician only cares about either energy security or air pollution, not both, not much would happen to the planet, and the costs of saving the climate are still so high that it is difficult to see why any politician would want to do that,” said Jewell. “Energy transition scenarios have their roots in engineering and economics. Therefore they are technically and economically feasible, but their political feasibility is questionable.”

“The reason why the scenarios are not politically feasible is that there are no political scientists among their authors,” said Aleh Cherp, professor at the Department of Environmental Sciences and Policy at CEU. “Besides oil prices, political scientists haven’t shown much interest in the topic of energy. Now it turns out that there is no shortage of oil, so actually it’s enough to heat up the planet.”

“Here, at CEU we bring political scientists and environmental scientists together,” said Cherp. Vested interests and political considerations play a major role in energy transitions, the scientists concluded. A major example is Germany, where they could not reduce the use of coal, simply because there are too many subsidized jobs in the coal-mining industry.

Politics is a key factor in the energy sector. While a study of security, economic strength and other factors would indicate the opposite, in recent years Bangladesh, Belarus, Turkey, and Vietnam have announced plans to build new nuclear power plants. The partner in all the cases is Russia. 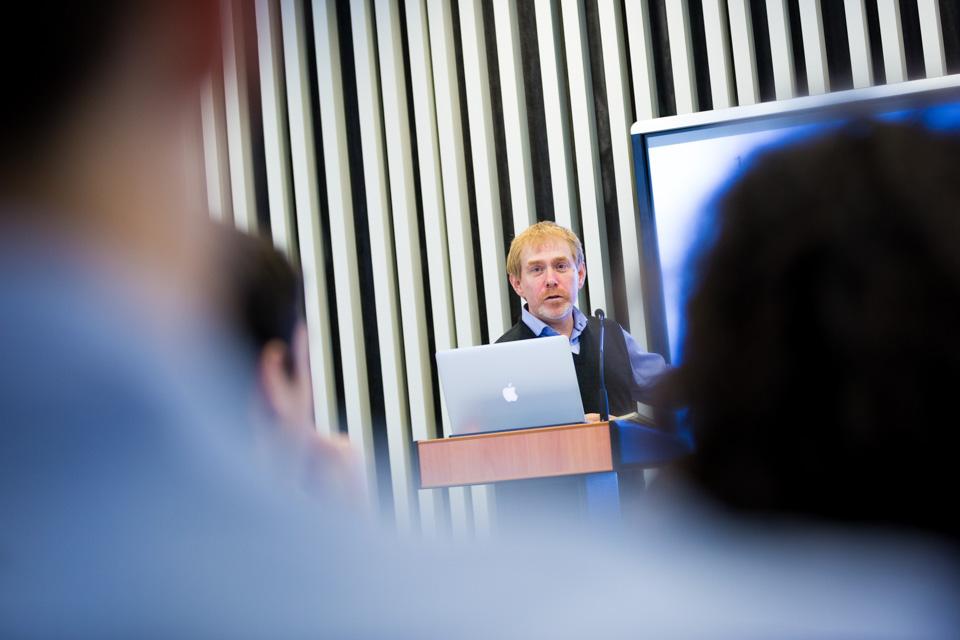 Aleh Cherp, professor at the Department of Environmental Sciences and Policy at CEU talks about the political dimensions of energy transition. Image credit: CEU / Zoltan Adrian

“In recent years Russia has become a global leader in nuclear partnerships, a good example of how politics can influence the energy sector,” said Cherp. “State imperatives, vested interests and the size of economies are decisive factors in energy transition.”

Nevertheless, innovations can break through, according to Frank Geels, professor of System Innovation and Sustainability at the Sustainable Consumption Institute at the University of Manchester. Renewable technologies are moving forward with difficulty, he said. In Germany, wind energy has transformed the electric sector. But since the shares of big energy companies have started dropping as a result, politicians are trying to “put the genie back into the bottle”.

There is increasing pushback on other fronts as well. The fossil fuel industry is funding climate denial campaigns, and even political parties. Lobbying for weakened climate policies have led to reversals in the U.S., U.K., Australia, and Poland, according to Geels. At the same time there are cracks in the industry fronts as well: gas, and oil companies are trying to blame the coal industry for contributing more to global warming. 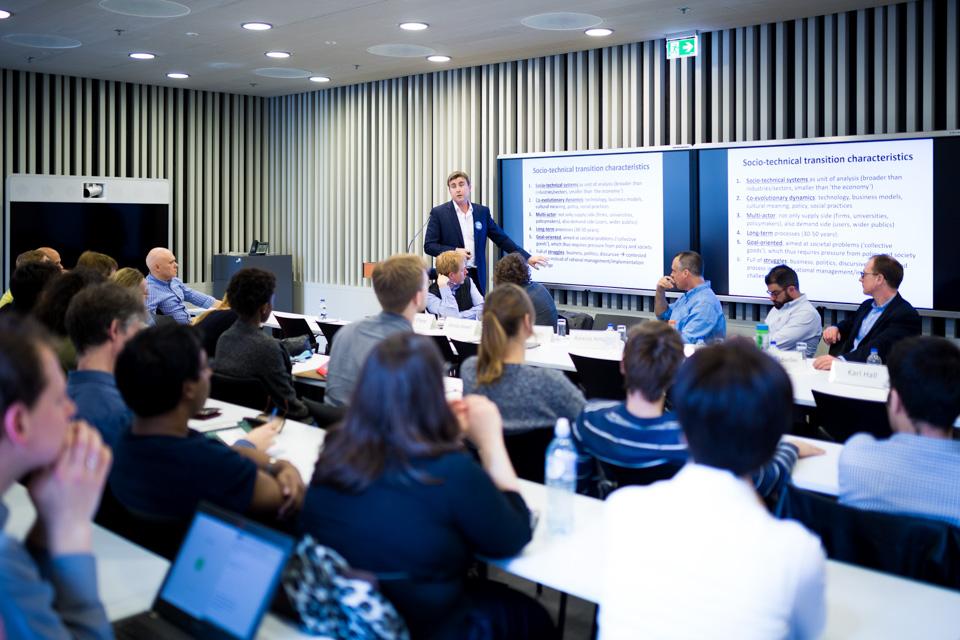 Frank Geels, professor at the University of Manchester talked about how innovations can break through if a window of opportunity appears in the existing system. Image credit: CEU / Zoltan Adrian

“The financial crisis, austerity measures, cost concerns are all slowing down energy transition, as well as the rise in populism, nationalism, and decreasing global cooperation. The neo-liberal agenda is also against intervention in the energy sector,” said Geels. “But there are other companies going the other way -- Google is moving in, for example. There are multi-dimensional struggles and it’s crucial to investigate them. For that an interdisciplinary approach is vital, and though we talked about that today too, it’s difficult to achieve.”

Working for the Renewal and Strengthening of Democratic Societies: The CEU Democracy Institute
June 14, 2021