The Clash Between Hierarchies and Networks Shapes History, Ferguson Says

History is characterized by the clash of hierarchies and networks, said Niall Ferguson, senior fellow at the Hoover Institution, Stanford University, and the Center for European Studies at Harvard University, speaking at CEU on May 22 as part of the Rethinking Open Society series. Hierarchies are vertical systems, while the “network” stands for the horizontal, interpersonal connections organically forming in societies. The hierarchy is now globally challenged by the network, but it’s too early to say which one will dominate, Ferguson said.

“Networks are all around us, inside us,” he said. “Social networks were not invented by Mark Zuckerberg. In every human setting from the very beginnings of our existence as a species we have been in social networks that can be graphed. We are all embedded in them form the minute we are born,” he said, describing the main concepts of his upcoming book “The Square and the Tower” for the first time in public. He argues that network theory can provide historians with an enlightening new perspective. “Change in history can be viewed as an interaction of networks.” 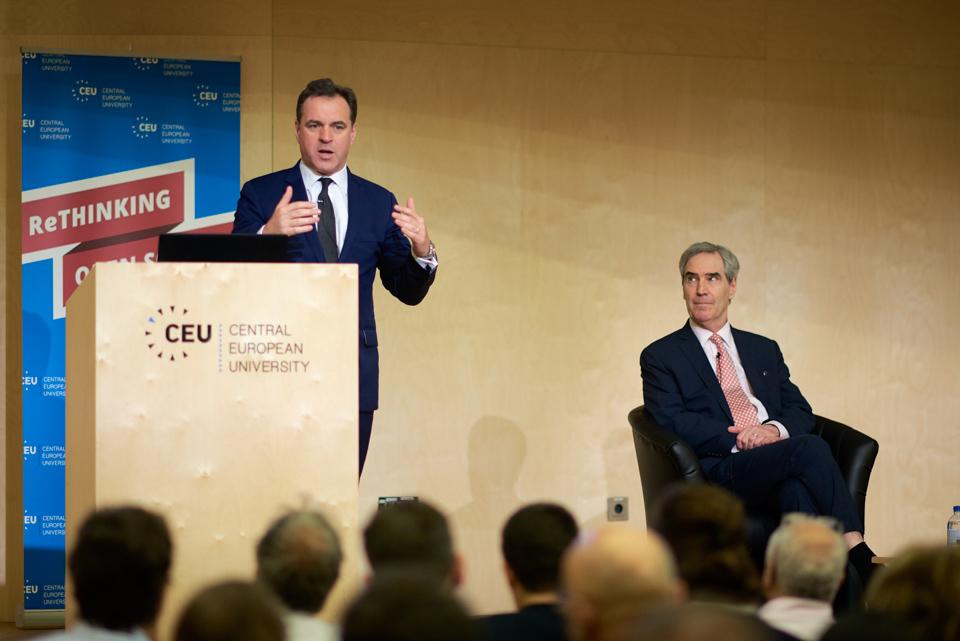 Ferguson described the phenomenon as a town, in which the main square signifies the informal, personal relationship of people, “the network”, while the tower signifies centralized power, the hierarchy. Ferguson regards hierarchies as networks as well, though as ones that are vertical, and are dominated by the connections of the ruler.

Vertical hierarchies are so hostile to horizontal connections and communication, because just a few of these can isolate the ruler. This is why hierarchies are paranoid and insecure. They are right to be,” Ferguson said.

According to Ferguson, there were two eras in history when hierarchies were challenged by networks. The first was during the Reformation, when, with the invention of the printing press, “a Pandora box of ideas” was opened, which resulted in 100 years of extremely violent religious conflicts and later the French Revolution.

It is an important question why, after the advent of networks, hierarchies could regain power, starting from the Congress of Vienna. “Interestingly enough, new technology, the invention of the telegraph, steam ship lines and railroads all served the strengthening of centralized control,” Ferguson said.

The Soviet Union was the high tide of hierarchies, he said. It tolerated no parallel networks, and took the vertical system to its extreme. In the 70’s, however, a shift towards networks began.

“But was it technology that brought this change about? I argue that it was instead the weakness of hierarchy that allowed technology to happen in the Silicon Valley. The departments did not want control, and this way innovation could flourish,” said Ferguson. He also mentioned the success of the Polish Solidarity and even the terrorist cell of 9/11 to underpin that the success of networks does not necessarily rely on the use of new communications technology.

Ferguson also addressed the question why after the optimism of the early internet and partly even today, “being connected more than ever” did not succeed in making the world a better place. To explain, Ferguson quoted Dostoyevsky, who said to the utilitarianists of the 19th century that "you seem certain that man himself will give up erring of his own free will and will stop opposing his will to his interests”. As Ferguson put it, “people are not ready to give up their right of being stupid”. 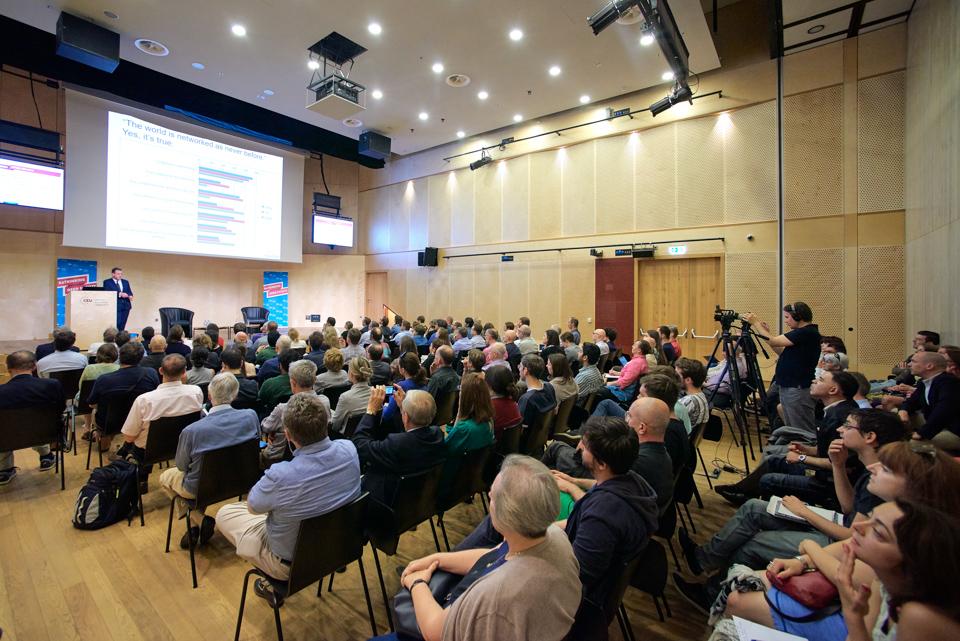 According to Ferguson, networks also promote massive inequality, and it divides up the population into people who use it and those who own it. “Networks are profoundly inegalitarian. Five of eight of the richest men on earth ‘own the network’ in one way or another,” said Ferguson.

“Most lately it was the U.S. establishment that seriously underestimated the power of the network in Trump’s campaign. Trump’s team brilliantly understood how to exploit Facebook. And let’s not forget about the other network that was being operated from the Kremlin to subvert the U.S. election,” said Ferguson.

“So why did being connected turned out so badly? All in all it all comes down to squares and towers. Just how badly this turns out I can’t predict. But that it will ultimately be decided by a contest between Facebook and Trump Tower - of that I have very little doubt indeed,” said Ferguson.

He is probably the most distinguished exponent of an art that needs much more cultivation, which is the use of deep historical scholarship to illuminate current and future geostrategic trends. This is something I commend not only to faculty, but also students,” praised Michael Ignatieff President and Rector of CEU Niall Ferguson’s work as a historian.