Liberal democracy has been more successful than other types of government by many measures, meaning it should prevail, according to Stephen Walt, professor of international affairs at the Kennedy School of Government at Harvard, speaking at CEU at a President’s Seminar May 29, part of the Rethinking Open Society series. Walt, known as a realist, outlined the recent failures related to liberal democracy and open society, and listed a set of remedies.

“A realist is someone who wants to base policy of great states not on what they wish to be true but what they know to be true,” CEU President and Rector Michael Ignatieff said in introducing Walt, the author of The Origins of Alliances (1987), Revolution and War (1996), and Taming American Power (2005). 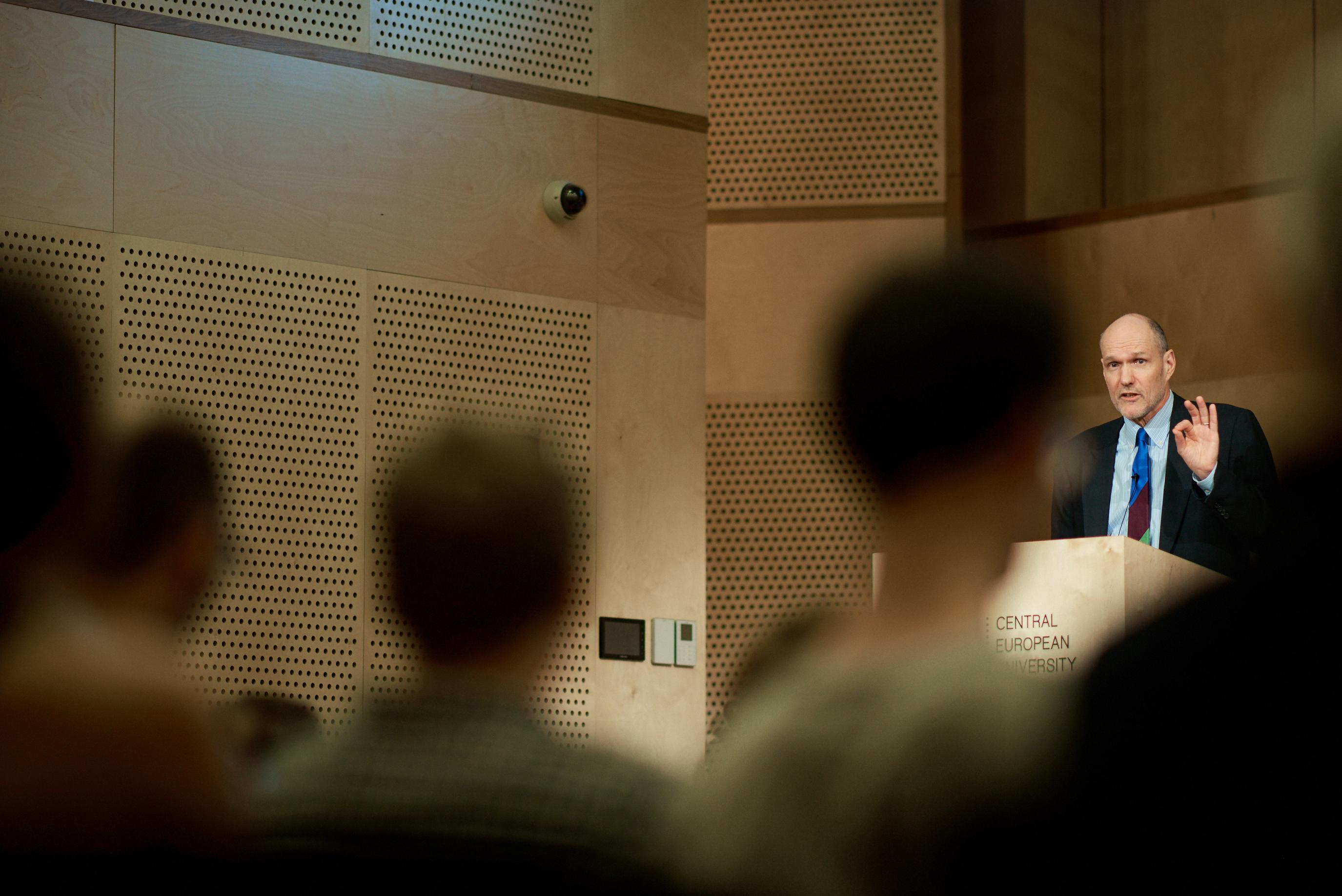 Stephen Walt, professor of international affairs at the Kennedy School of Government at Harvard, speaking at CEU May 29, 2017. Photo: CEU/Daniel Vegel.

“So what went wrong?” he asked. Hubris is the first answer, he said. Working on the assumption that liberal democracy would be good for everyone as soon as possible, the European Union expanded quickly, making it ever-more difficult to make collective decisions. While spreading democracy peacefully was the primary goal, overconfidence led to “foolish ventures” such as the invasion of Iraq.

Secondly, liberals ignored the downside of globalization, he said. While poverty has declined, not everyone benefited from globalization, which had a surprising destabilizing effect, he said. Third, the accountability thought to be essential in liberal democracy eroded. Those responsible for the financial crisis, the invasion of Iraq, and other crises never acknowledged their own errors and were not taken to task. This made it possible for Donald Trump, populism, and Brexit to appear attractive, Walt said.

Fourth, nationalism is surprisingly durable throughout history, and this must not be forgotten. And finally, “it turned out that leaders in liberal democracies might be just as fond of power as anyone else,” Walt said, so accountability and the rule of law require special vigilance.

As for remedies? Walt urged us not to abandon liberal democracy by any means – in fact, we should defend it more vigorously, although with patience, he said. 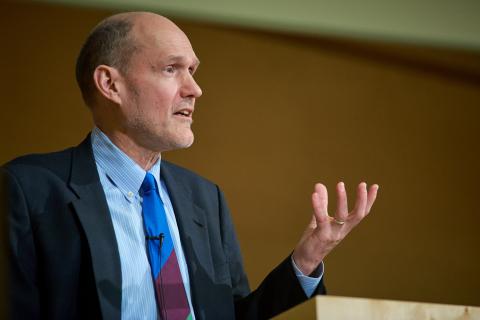 Stephen Walt, professor of international affairs at the Kennedy School of Government at Harvard, speaking at CEU May 29. Photo: CEU/Daniel Vegel.

“Let’s be honest with ourselves – we don’t know how to export liberal democracy,” Walt said. “The efforts to expand liberal democracy after 1989 were much too fast, and now we are seeing a backlash.”

Rather than focusing on expansion, we should protect democracy at home, setting a good example for other countries, he said.

“The best way to strengthen liberal democracy abroad is to do so at home,” he said. Patience will bear fruit, he said. “Liberal states have been most successful so we should be confident they will prevail.”

During his time at CEU, Walt also gave a seminar for doctoral students entitled "Being an Academic in the 21st Century" at the Doctoral School of Political Science, Public Policy, and International Relations. Read more about that event here.