The euro crisis is a result of philosophical differences among the founding countries of the eurozone, Markus Brunnermeier, Harold James, and Jean-Pierre Landau argue in their book “The Euro and the Battle of Ideas,” presented by Brunnermeier on June 8 at CEU. Brunnermeier is Edwards S. Sanford Professor of Economics at Princeton University and director of the Bendheim Center for Finance. The event, organized by the CEU Department of Economics, CEU Business School, and the Political Economy Research Group, was moderated by Professor Julius Horvath, dean of CEU Business School. 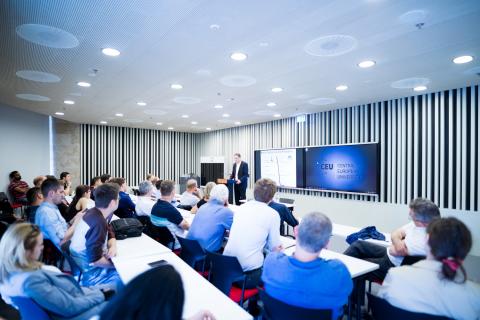 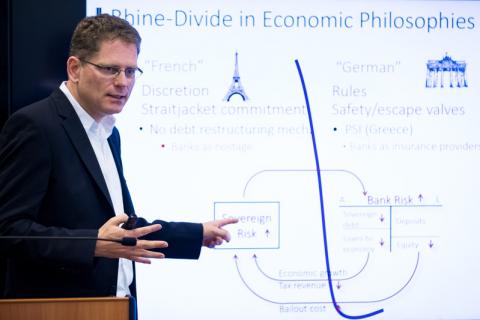 Brunnermeier and his colleagues argue that this “Rhine Divide" emerged after the Second World War when, in contrast to Germany, France abandoned its laissez-faire policies. However, Brunnermeier says, that “the differences are not written in stone.”

Moreover, he argues that significant power shifts have occurred in Europe after the Euro crisis and, therefore, can enable Europe’s future survival.

With thanks to Ekaterina Paustyan, a doctoral candidate in the Department of Political Science, for this writeup.