Populism is more than a strategy or a rhetorical trick to gain power, but an ideology that clearly defines society in black and white terms, said Cas Mudde, associate professor in the Department of International Affairs at the University of Georgia, in a June 8 keynote lecture at CEU, part of the conference “Fighting Back: Liberal Democratic Responses to the Populist Challenge."  The conference was sponsored by CEU's Center for European Neighborhood Studies (CENS), Friedrich Ebert Stiftung and think tanks Policy Solutions and Political Capital.

"Increasingly, people see [populism] as a set of ideas that speak about society as consisting of two different groups that are homogenous and antagonistic: the pure people and the corrupt elite,” Mudde said.

U.S. President Donald Trump's campaign successfully seized on this perceived divide offering an alternative to Clinton, who they painted as an elite “Washington insider” who was out of touch with the people. Mudde said that despite winning the popular vote and the fact that many people supported Clinton's ideals, “one problem of the anti-populism strategy is that it doesn't mobilize people; it might be shared by a lot of people, but very few people will come out because of it.”

He also gave the example of Dutch Prime Minister Mark Rutte, who claimed to be a “good populist” who beat out “bad populists.” Even if a politician doesn't adopt a real populist ideology but only uses it to get elected, he or she has done harm by strengthening the black-and-white dichotomy of good (the people) versus bad (the elite) and the idea that the people are homogenous and always right, Mudde said.

"Politics is about compromise,” Mudde said. “But if you have strengthened the illusion that you can make policies that are good for everyone in equal measure, then you will always fail.”

How and why has populism risen steeply in recent decades? It is a combination of factors,  including disillusionment with politics and unhappiness amongst the electorate; people having more self-confidence in their own positions and not necessarily taking politicians at their word; and the nature of modern media, he said.

“There's nothing more important for populists than the perception of crisis,” Mudde said. He said the refugee crisis of 2015 explained why all the populist parties peaked in 2016, despite the fact that it's not a new phenomenon that immigrants are coming to Europe. The important thing is that it was perceived as a crisis and reported profusely as such in the media. “These populist parties moved,” he said. “They gave an answer: we close the borders.” This was in contrast to liberals saying that it was a more complex issue that required agreement at the EU level. 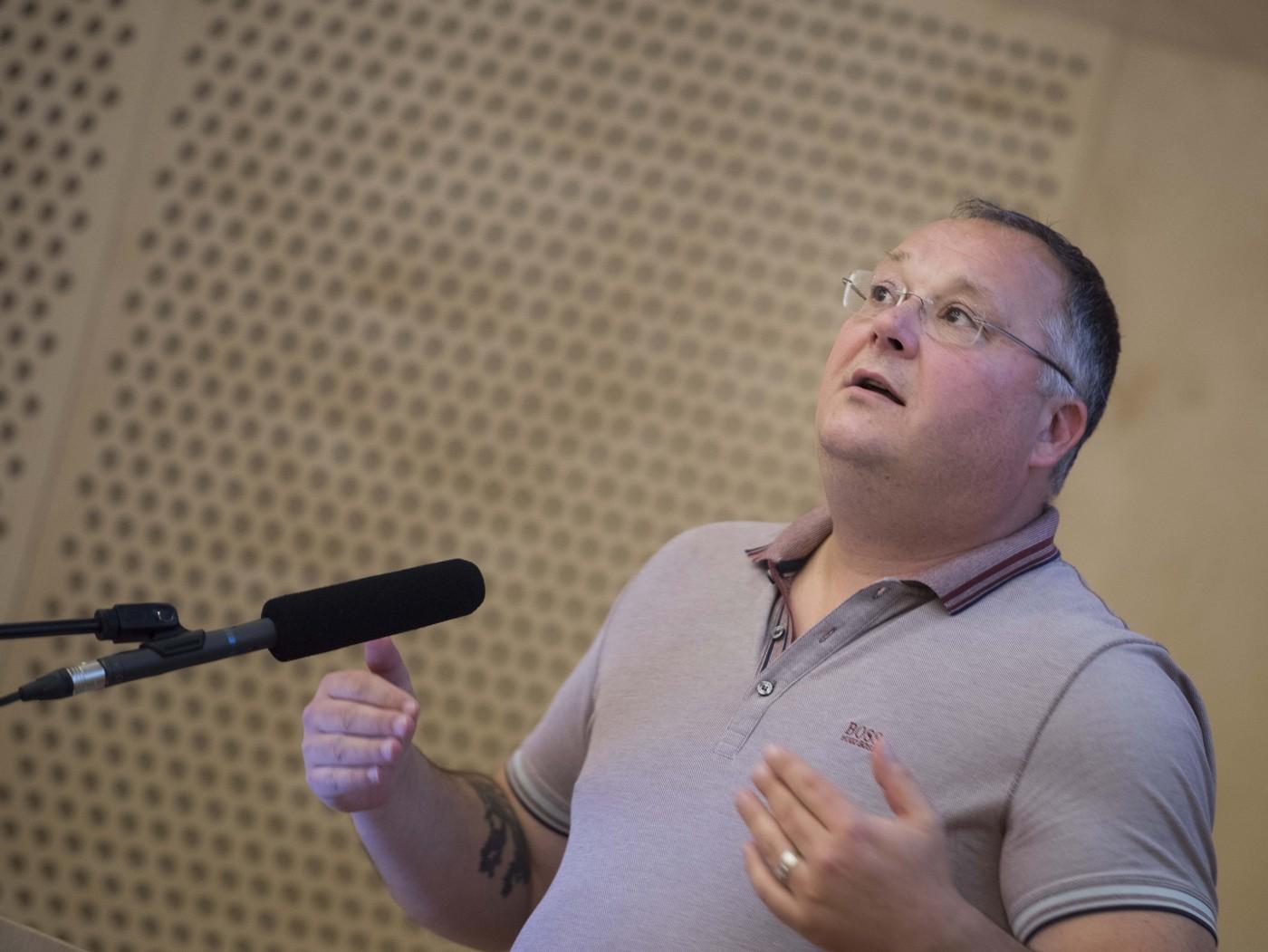 Mudde also stressed the importance of the media and how it's changed in recent decades to an advertising driven business that “chases eyeballs.” He tied this in with his interest in the upcoming French Parliamentary elections and how it's clear (at least according to polls) that Macron's party will sweep these elections. Again, perceived scandal, conflict and crises play well and attract media attention and populists manipulate this to their advantage, but Mudde noted that this doesn't last forever and people and the media are always looking for new messages.

“Populists are attractive at the moment because they shake up the world but, after a while, populists are no longer that interesting,” he said. “When they're long around, they don't shake up that much anymore and they lose media attention. We saw this in Belgium with right-wing Vlaams Belang which had been around for three decades with kind of the same message. News is news and if you've heard their leaders say the same thing over and over again, then it's no longer interesting. Macron is a new story, a fresh one. The new context of the media helped populism for a certain time, but not for good. It helps other actors, not just populists.”

Vision, a new ideology, competence and leadership are what Mudde believes politicians lack and desperately need to fix the EU. “We have every politician on Earth saying that the EU isn't working and the gap between countries and Brussels is too large, but there's no one in the mainstream with a vision for a better EU. The populists provide a vision. I strongly believe that the vast majority of people are looking for a liberal democratic option, but [we lack] visionary politicians who can achieve an EU that demonstrates real social democracy, instead of ad hoc policies that don't fit into an overall structure.” 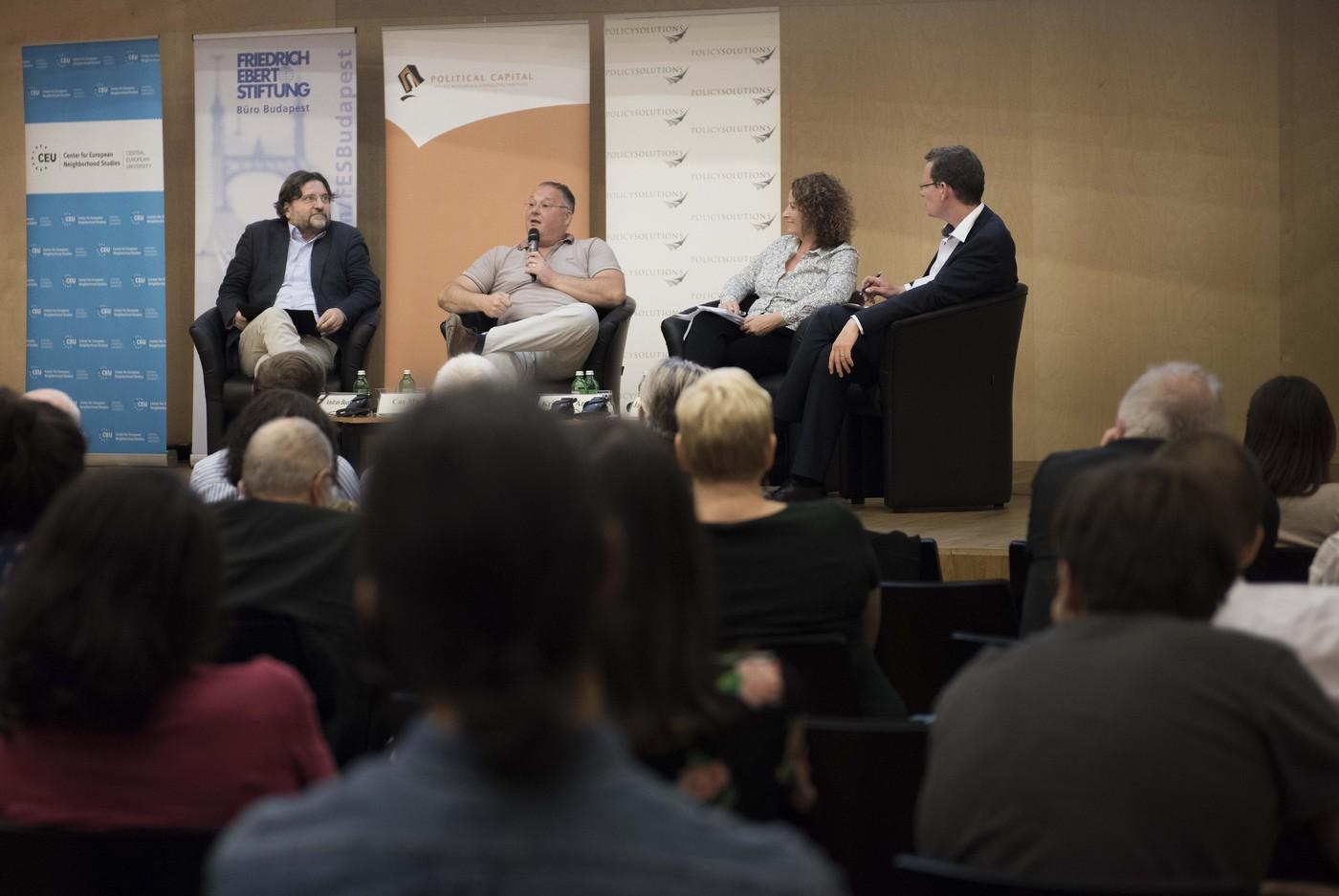 Professors and other experts participate in a round-table discussion on populism at CEU. Image credit: Friedrich Ebert Stiftung