On June 23,18 Roma students will graduate from the Roma Graduate Preparation Program (RGPP), becoming alumni of the Roma Access Programs and CEU. As part of the celebration of their accomplishments, the students presented research in their fields in a two-day conference event June 19-20, 2017.

RGPP Academic Director and Chair of Romani Studies Iulius Rostas stated that the end of the academic year is a time to celebrate achievements, celebrate the academic freedom we enjoy at CEU, and also an important moment for analysis and reflection on values, principles, and results. 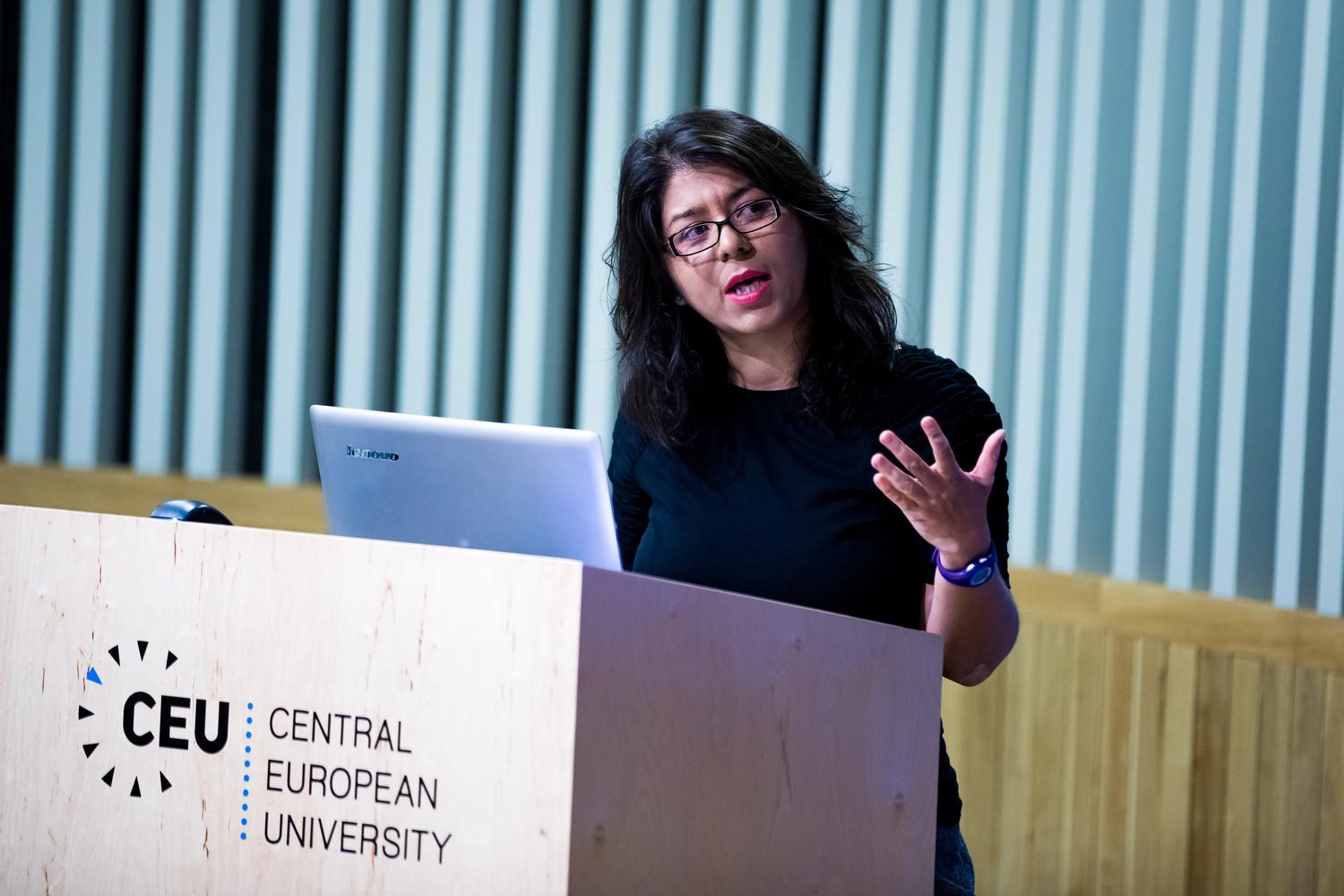 Maria Bogdan, junior research fellow at the Institute for Minority Studies at the Hungarian Academy of Sciences and doctoral candidate at Corvinus University, opened the event with a keynote speech titled “The Roma as the Concept of the Stranger.”

Bogdan analyzed the modern forms of racism against Roma in the Hungarian media from the perspective of cultural studies, respectively representation theory, postcolonialism, post-structuralism, and theories of the stranger.

“My hypothesis is that media representation of the Roma reinforces prejudices and racism against Roma in such a way that it redefines the stranger, places and keeps the Roma in the position of the stranger in society,” Bogdan said. 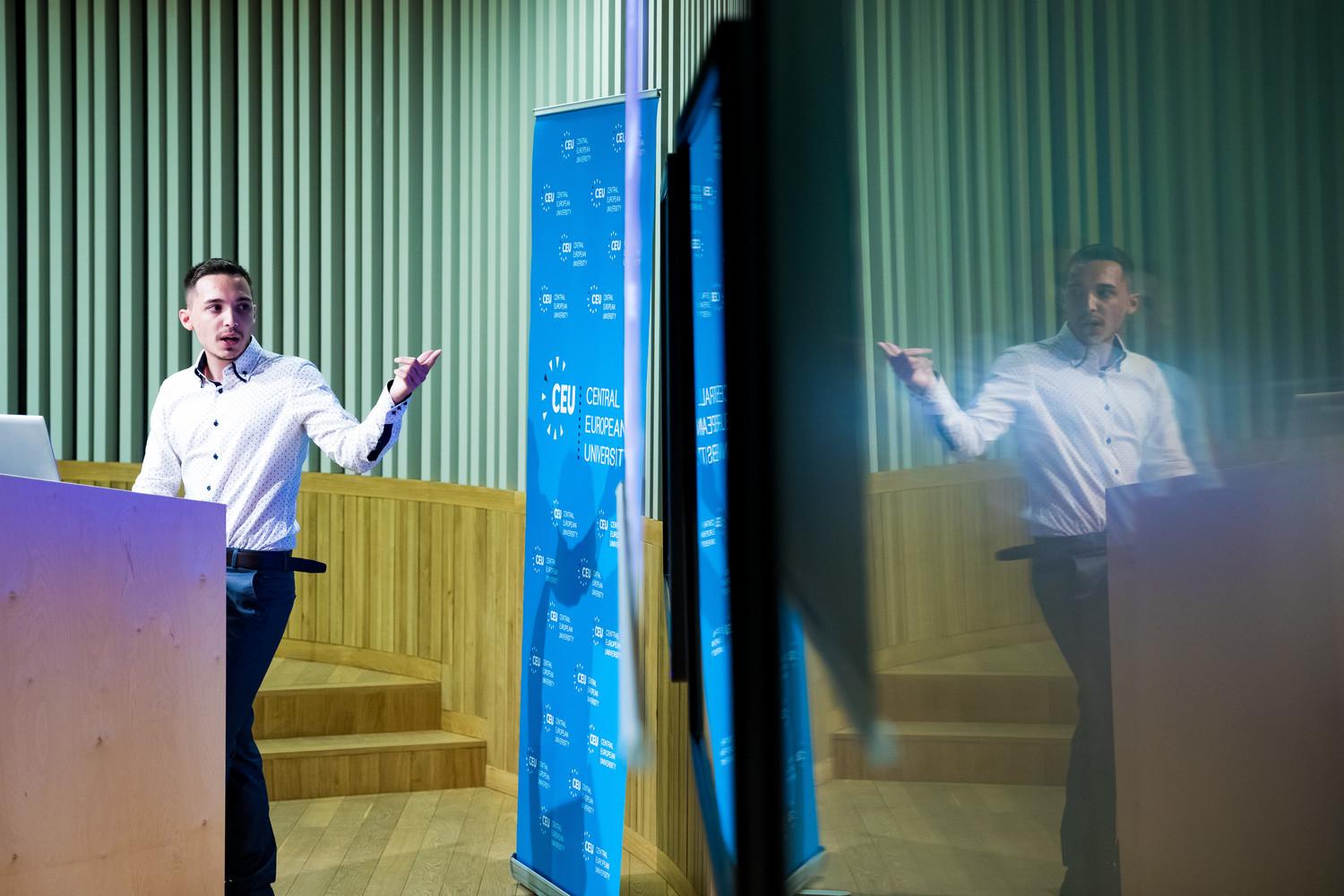 Student presentations began with Pal Banda, who provided an overview of Islamophobic Twitter content by the United Kingdom Independence Party (UKIP) in the past few months. Lala Fridon talked about foreign aid effectiveness in post-conflict countries, concluding that in the case of Kosovo, 2.3 billion euros in aid was largely spent on institution-building, without contributing to alleviating unemployment (32.5% in 2015) or stimulating economic growth. Tahiri Allmir outlined the events leading to NATO intervention in Bosnia, which was approved by the United Nations after the Srebrenica genocide, and in Kosovo, which was not approved by the UN. The panel was chaired by RGPP tutor Marton Rovid. 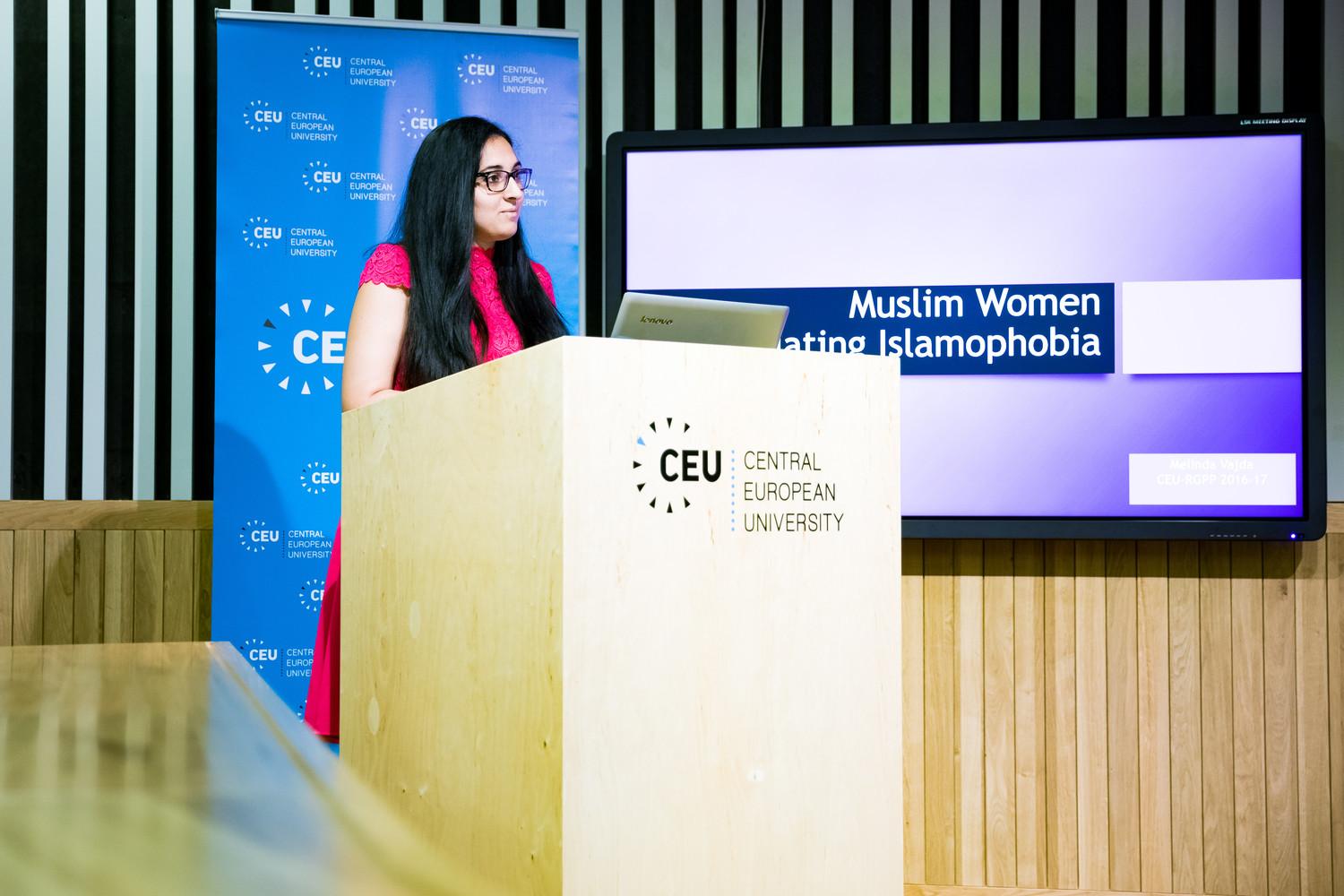 Then Andrea Ignacz, CEU MA student and RAP alumna led student presentations including Attila Andras Ferkovics on “Labor Market Integration of the Roma in Hungary: Analysis and Policy Suggestions,” Timea Lakatos on “Mapping the Introduction of Inclusive Education in Hungary,” and Gabor Vidak on “Drug Use and School Dropout among Roma Students”.

The second day featured a panel chaired by Dzhevid Mahmud, OSA archivist and RAP alumnus. Viola Popenko spoke on “Comparing IDPs and National Minorities: Protection Mechanisms in the Context of the Roma in Ukraine,” followed by Violeta Shvedchenko on “Protection of National Minorities in Ukraine and the Roma Situation.” Denis Vaitsekhovskii provided an “Analysis of the Effects of the So-Called “Undesirable Organizations Law” on Romani Mobilization in Russia.”

The following panel featured Bulbul Gamze on “Towards a Definition of Islamophobia in Contemporary Hungary,” Cankurt Ilkin on “Mapping Individual and Institutional Reactions to Officially Sanctioned Islamophobia, and Angel Kochev on “Shades of Otherness: Differing Perceptions of Multiple Muslim Identities.”

The two-day conference, with its wide range of topics and academic discussions between the students and audience, also demonstrated sustained interest and commitment on the part of RGPP students to continue their scholarly work.

To see and download photos from the event, see https://www.flickr.com/photos/ceuhungary/sets/72157685226256456/. If you use the photos please credit CEU/Zoltan Adrian, Kepszerkesztoseg.

CEU’s Roma Access Programs (RAP) have been advancing access to higher education for young Roma for more than a decade. Today, the Roma Graduate Preparation Program (RGPP) is a flagship project within Roma Access Programs (RAP), in addition to CEU’s Roma in European Societies (RES) initiative. This year, RGPP has been supported by the Open Society Foundations Roma Initiatives Office, the Roma Education Fund, Sigrid Rausing Trust, THE VELUX FOUNDATIONS as well as Ford Foundation.