June 23, 2017
News
CEU Planet
The Office of the President and Rector

Today at Central European University's 26th graduation ceremony, 708 students from 97 countries received master's, doctoral degrees and non-degree certificates at Budapest's Palace of Arts (MUPA). The University also awarded the Open Society Prize to former German President Joachim Gauck in recognition of his courageous defense of human rights and his distinguished record in the service of free societies. CEU also granted a posthumous honorary degree to Wiktor Osiatynski, a legal and public policy scholar who was a staunch supporter of CEU for more than two decades.

The ceremony began with a performance by the Bakats Teri Enek-Zenei Altalanos Iskola Korusa (children's choir) from the Oscar-winning Hungarian film “Mindenki.” 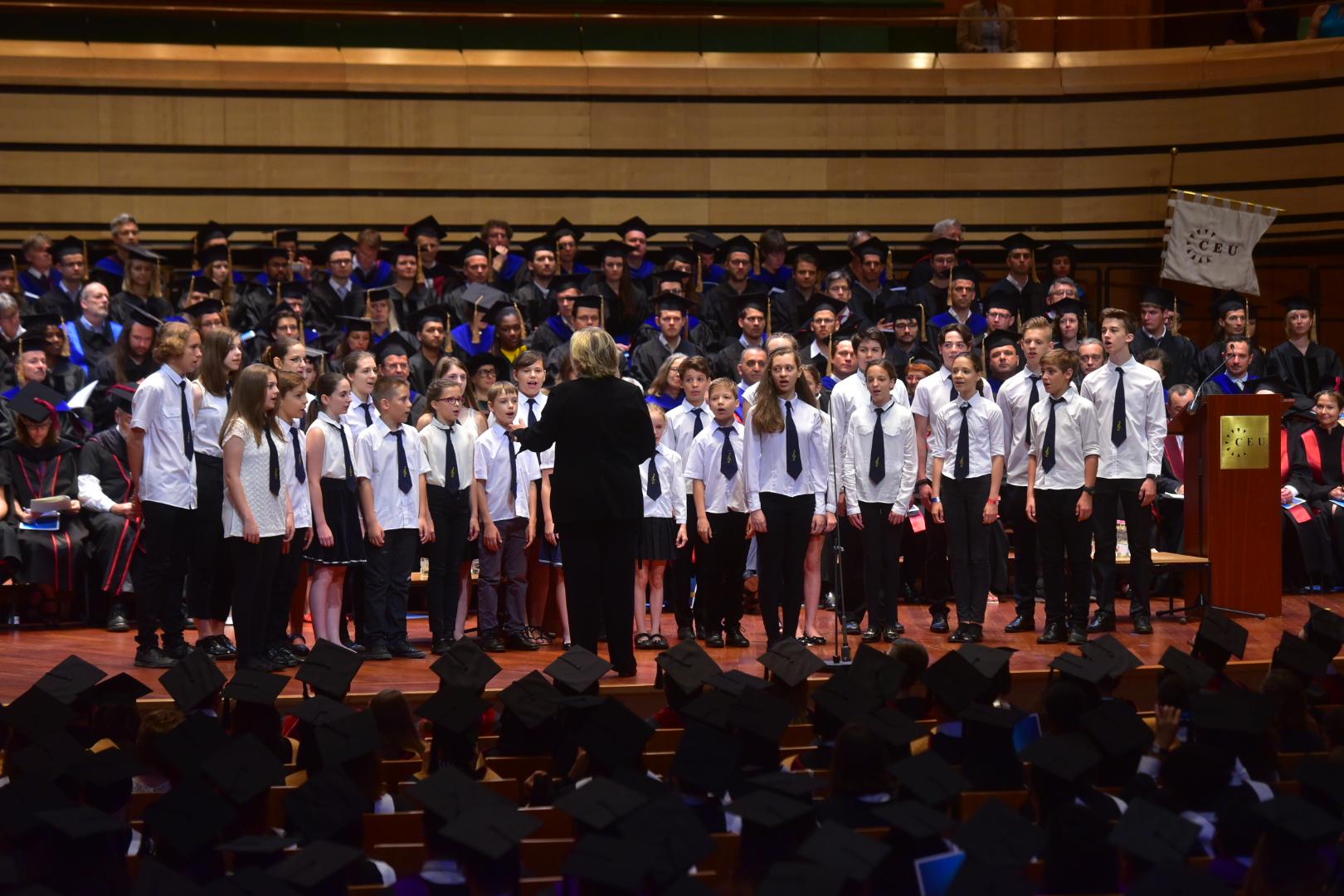 CEU President and Rector Michael Ignatieff opened the ceremony by saying, “The University has been challenged but we firmly hope we're on a path to a resolution to our difficulties. I've never been prouder of this University than I am this morning. Carry that pride wherever you go for the rest of your lives.” 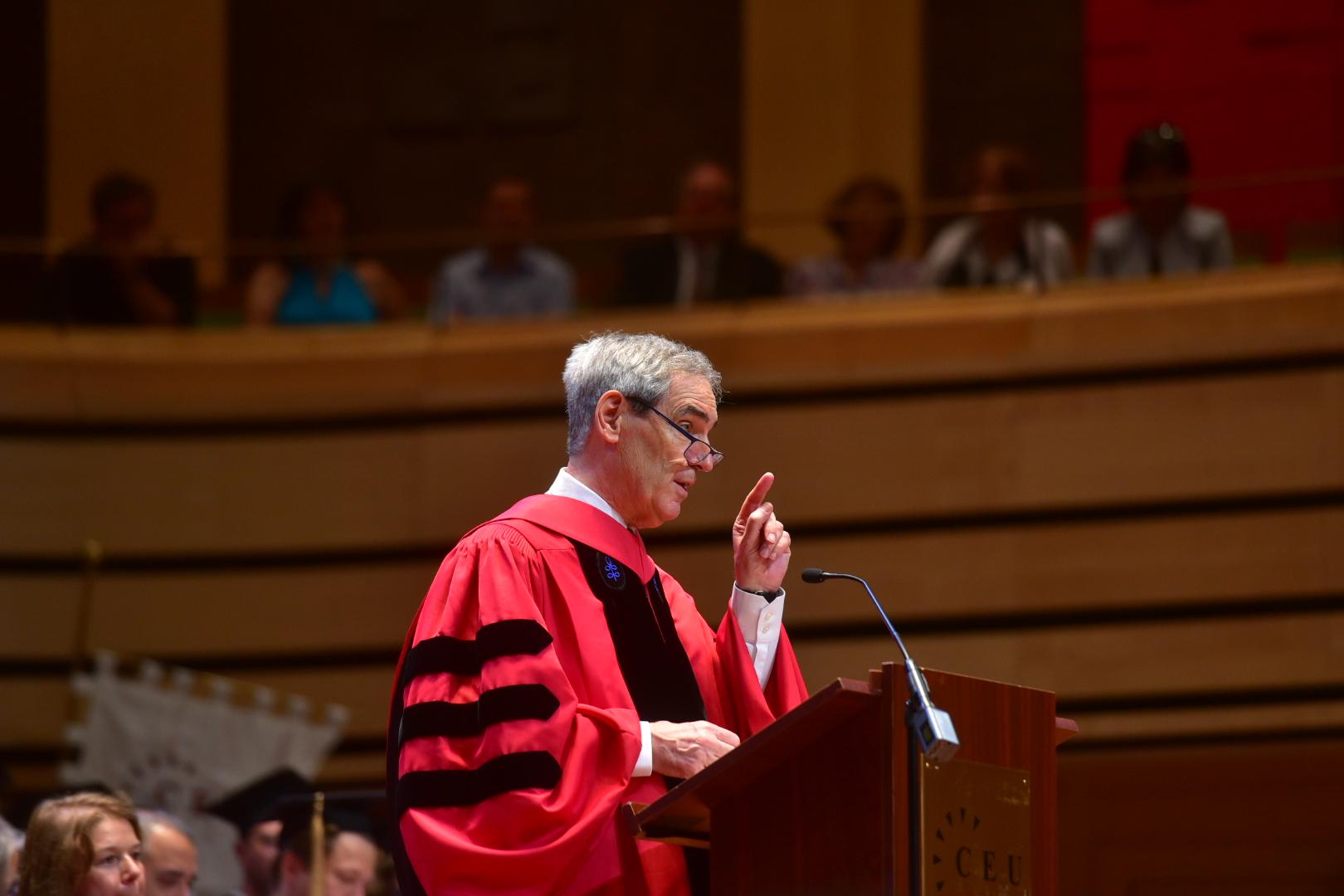 CEU Chairman of the Board Leon Botstein thanked the citizens of Budapest for their support of CEU this year, and underscored the deep significance of receiving a degree this year. “Wherever you go with your critical patriotism, each of you becomes a soldier in the fight for freedom and autonomy,” Botstein said.

“I came to CEU in September 2015 to study history. Little did I know what this institution and its people would become for me. They became family and Budapest became home. A family and a home worth fighting for,” said Jeitler. “I could tell you stories about grassroots mobilization during the refugee crisis, meeting the most interesting people I am now happy to call my friends, taking a field trip to an operating steel plant with our professors—and yes, sitting in classrooms and studying at the library. When I look at you, my fellow graduates, I see passion, determination and the will to make a difference in the world—and it makes me hopeful, because I am an optimist.”

Nigerian alumnus Uchenna Emelonye, who graduated from CEU's Department of Legal Studies in 2004, struggled at CEU initially as he transitioned to the European higher education system.

“Little did I know then that my somewhat stormy times at CEU were a necessary precursor and springboard to the enviable professional height I have achieved today,” said Emelonye, who serves as country representative of the United Nations Office of the High Commissioner for Human Rights in Uganda. "For those that may have struggled like me in one way or another, you have just been inoculated against the real-life challenges ahead. By being here today as graduates of this prestigious university, you have individually and collectively risen above self-doubt and are now well equipped to make a substantive contribution to your societies and the world at large." 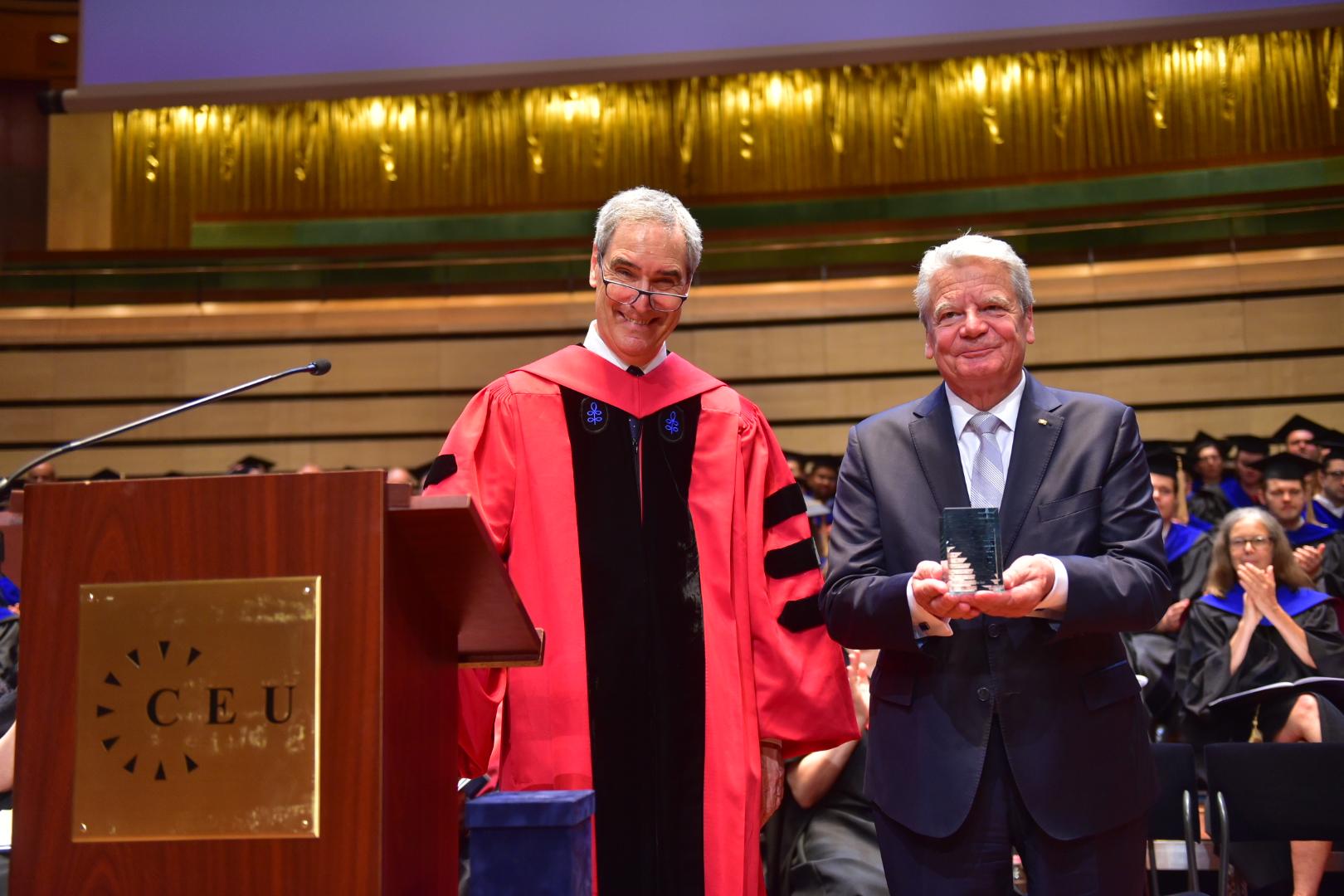 The ceremony concluded with Gauck receiving the CEU Open Society Prize and giving remarks. He urged students to “participate actively in the debates and join us in building a united Europe which values freedom and openness and shows responsibility in putting them into practice.” He added, "It was the citizens of Hungary who longed and struggled for freedom, and now some of them feel that this freedom is under threat. At that time, we longed for a Europe without borders – and now some people see this openness as a threat.”