RIAI announced the winners of 2017 RIAI Architecture Awards at a ceremony in Dublin’s Mansion House on June 23.  The awards celebrate the quality of work carried out by RIAI members in 2016 and highlight the contribution that architects make to society for everyone’s benefit.

The jury called the project "a skilful insertion of a third level institution within the existing grain of the city. The manipulation of the city block and the play with the diagonal within the grid is inspiring."

“We are delighted and honoured to receive Best International Project in the 2017 RIAI Architecture Awards for phase 1 of our complex and fascinating Central European University project. Our architectural approach built on the characteristic qualities of the courtyard buildings of downtown Budapest. We have a special interest in making new architecture in historic settings, and in the radical transformation of existing buildings. The new building & refurbishment work is clearly contemporary in character while respecting the materials, scale and proportion of their historic neighbours. Our intention was to design an open campus to embody the crossroads ethos of the CEU. We hope that the first phase of our campus plan will encourage academic and cultural interconnectivity between the university and the city.” 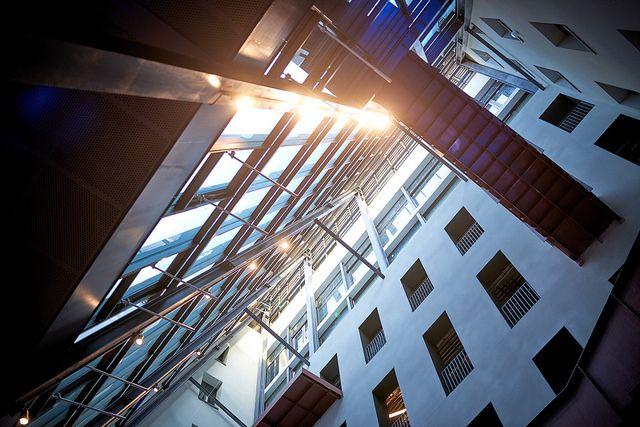