Three CEU programs have been awarded the prestigious status of Erasmus Mundus Joint Master Degrees (EMJMD). The European Union’s Erasmus Mundus program aims to make studying in Europe more attractive for students from around the world by supporting outstanding joint programs in areas where Europe excels. CEU programs in public policy (Mundus MAPP); environmental science, policy and management (MESPOM) and gender studies (GEMMA) have been selected through a competitive process in which 116 consortia competed for 38 grants and will now receive support to continue to attract outstanding students by offering state-of-the-art degrees in these fields.

The EU funding will provide generous scholarships for up to 60 outstanding students (spread over three cohorts) in each of the programs, starting from academic year 2018-19. All three programs will continue accepting self-financed students and students benefiting from other forms of financial assistance.

CEU is the coordinating university in Mundus MAPP (Master of Arts in Public Policy, led by Professor Agnes Batory of the School of Public Policy) and MESPOM (Master in Environmental Sciences, Policy and Management, led by Professor Aleh Cherp of the Department of Environmental Sciences and Policy). Both Mundus MAPP and MESPOM benefited from Erasmus Mundus support previously: in 2006-2017 and 2005-2016 respectively. 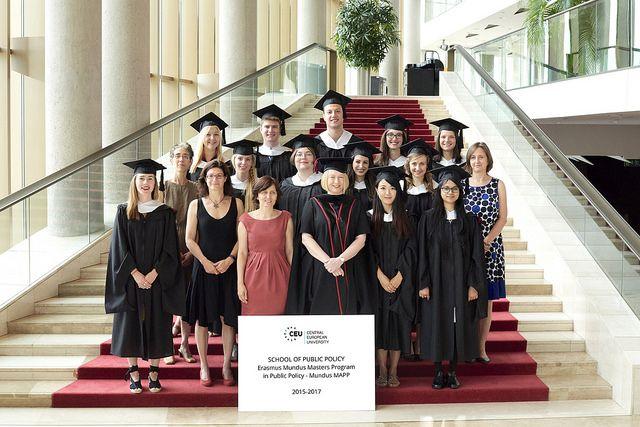 In Mundus MAPP, students spend their first year at CEU and then go on to the Institut Barcelona D’Estudis Internacionals (Spain), the University of York (UK), or the International Institute of Social Studies of Erasmus University Rotterdam. In MESPOM, students spend their first fall and winter semesters at CEU and the spring semester at the University of the Aegean (Greece). In the fall of the second year they go either to Manchester University (UK) or Lund University (Sweden). In their final semester, MESPOM students do their thesis research in any of the European consortium universities or at the Middlebury Institute of International Studies at Monterey (USA) or the University of Saskatchewan (Canada). Thesis research period and internships will also be supported by 17 associated partners located in 14 countries on four continents. 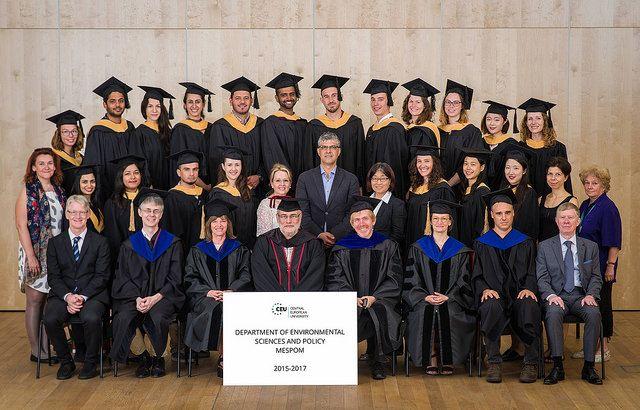 The third grant was awarded to GEMMA, which provides a joint master’s degree program in gender studies led at CEU by Professor Jasmina Lukic of the Department of Gender Studies. Here, CEU is a member of a consortium of seven universities coordinated by the University of Granada (Spain), and including also universities from Hull, Oviedo, Utrecht, Bologna and Lodz. At this stage the consortium also has 41 associated partners across the globe involved in various forms of cooperation. GEMMA students choose two universities from the consortium where they study in order to receive a double degree. Five to six students come each year to CEU. This is the third round of support for GEMMA, which has previously got Erasmus Mundus grants for two 5 edition cycles (2006-2013 and 2012-18). This time, the grant has been awarded to GEMMA for the next three editions of the program.

The goals of Erasmus Mundus to foster academically excellent networked education centered in Europe but with global reach are well aligned with CEU’s mission and capacities. Award of the Erasmus Mundus label to three CEU programs is a recognition of their outstanding academic quality in the European higher education area, and evidence of CEU’s global standing in delivering world-class graduate education.