Under the auspices of the European Network in Universal and Global History (ENIUGH), the Fifth European Congress on World and Global History was organized and hosted jointly by CEU and Corvinus University, in collaboration with the Hungarian Academy of Sciences and the Hungarian Historical Association. Some 650 scholars participated in this international event, held August 31 to September 3. This year's theme took the commemoration of the centennial of the Russian Revolution as its focal point, dedicating the congress to new approaches on “Ruptures, Empires, and Revolutions” from both a global and a world history perspective.

The congress was opened by representatives of the participating institutions, including CEU President and Rector Michael Ignatieff, who noted “the enormous intellectual contribution that Budapest and Hungarian academics in the social sciences and humanities have made for 150 years,” and added that “CEU is deeply proud to be associated with this tradition.” 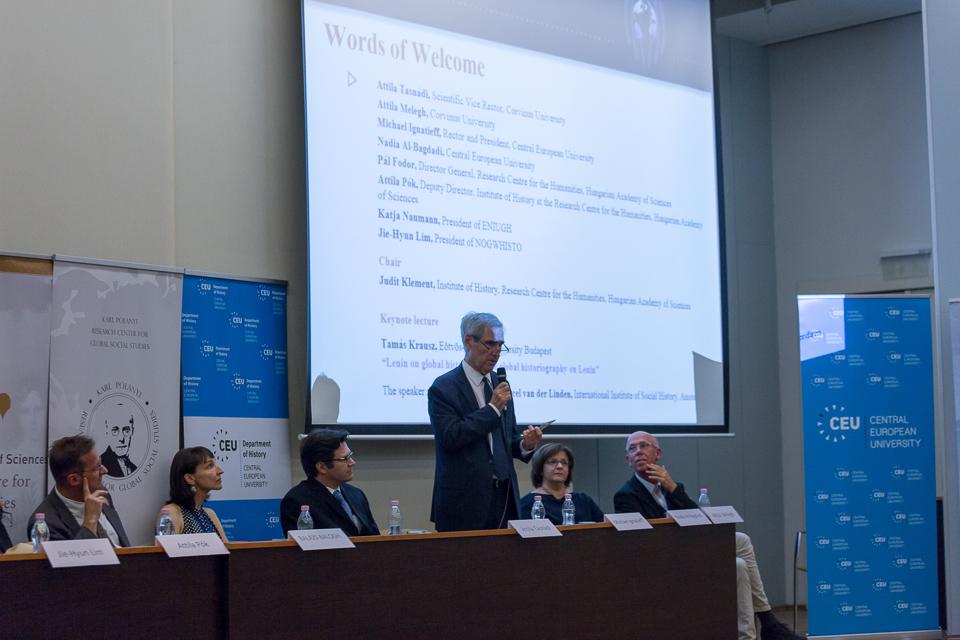 CEU President and Rector Michael Ignatieff holds his speech at the Opening Ceremony of the ENIUGH Congress. Image credit: CEU

Nadia Al-Bagdadi, professor at the Department of History at CEU and director of the Institute for Advanced Study, who served as president of the conference steering committee and the local organizing committee, expressed her gratitude "to all the institutions and individuals,  visible and invisible" who made this event possible and stated that in preparing this congress, "we triggered something which the German sociologist Wolf Lepenies would have called a new “learning community” in Budapest." 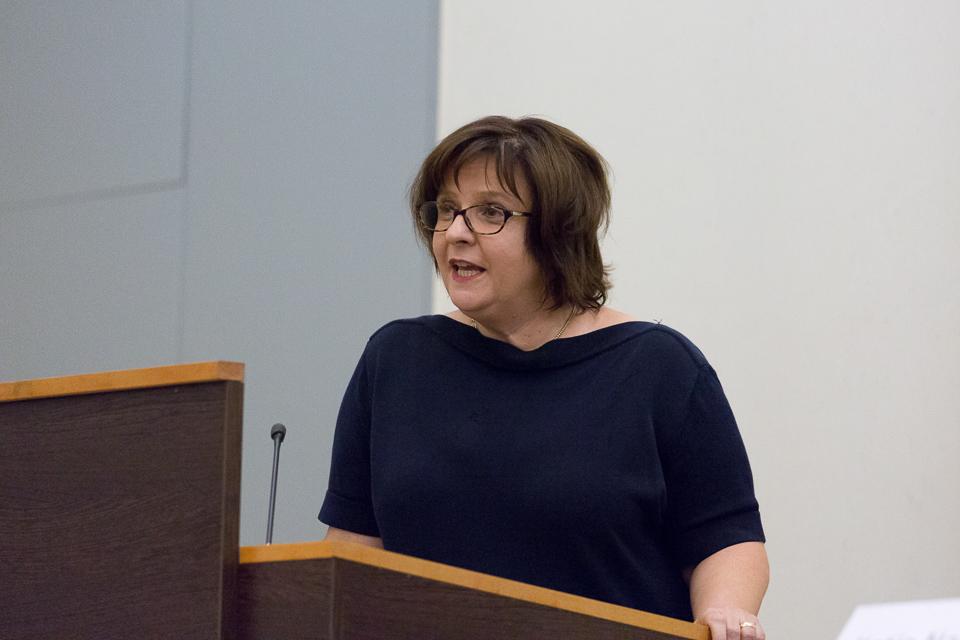 Nadia Al-Bagdadi, Professor at the Department of History at CEU, emphasized that the congress opened its doors to the general public for the first time. Image credit: CEU

CEU's Department of History is proud to have been partners in this major event “both as co-organizers and as intellectual interlocutors”. The more than 150 panels organized by senior and junior scholars covered thematic clusters such as "After empire; complicating colonialism and decolonization," "Economy and development," and "Ending of empires: collapse and legacies." For the first time, she said, the congress opened its doors to the general public and offered two open access plenary roundtables with prominent scholars, "Socialism and Global History," chaired by Professor Attila Melegh of Corvinus, and "Religion and Revolution," chaired by Al-Bagdadi.