Real-time data and research conclusions should be translated and readily available to policymakers, said Nobel Prize-winning economist Robert Engle who joined a panel of CEU economists to discuss evidence-based policymaking. The NYU Stern School of Business Professor's Volatility Lab, or V-Lab, aims to do just this by analyzing market risks daily and providing the results in clear, digestible charts.

“V-lab is useful because it comes up with risk analyses every day and it's available to everyone in the world who wants to look at it, including policymakers,” said Engle. “Markets are so complicated, so it's a good place to talk about evidence-based policy because it's not realistic to think that the electorate would necessarily know all the intricacies. This is the advantage of doing research like the V-lab on many topics – where we better understand how these things work, then we are better prepared for crises that might come up.” 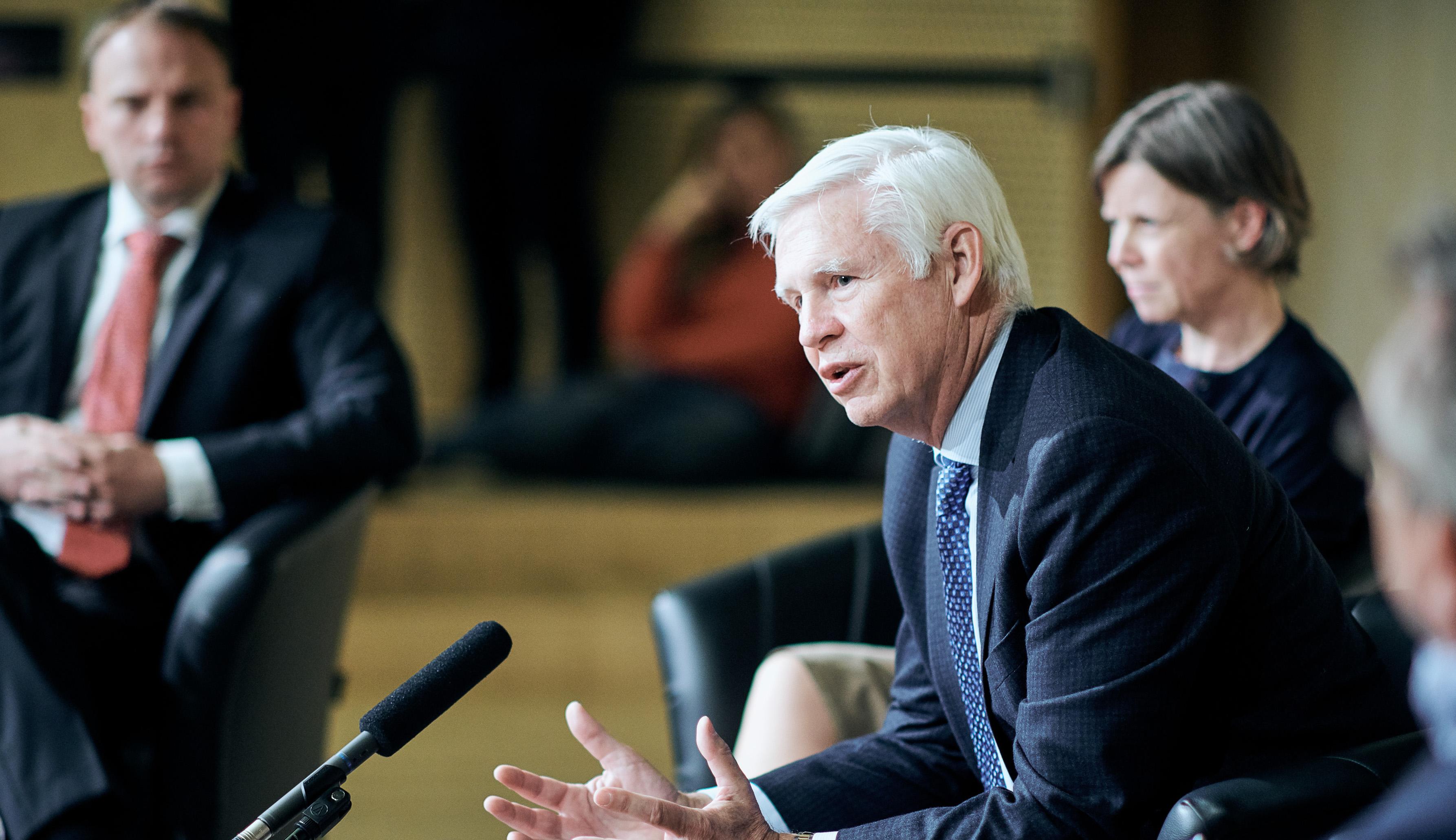 Engle used climate change as an example of some politicians and policymakers ignoring or rejecting evidence. There is one obvious thing about climate change, he noted, that there will be some clear winners and losers. “This is always the land of politics. Who are you going to respond to: the winners or the losers? It's a short-run question. We might make decisions based on short-run winners and not do the right thing regarding long-term climate change.”

He noted that some state governments and municipalities around the U.S. have not rejected climate change evidence, despite the federal government announcing it will pull out of the Paris Climate Accord.

“There are many parts of the US economy that are responding in a positive way to climate change, even though the federal government is not,” Engle said. “The state of California is taking the lead along with municipal governments and there is regulation of auto emissions by state legislatures. This might become the dominant paradigm. Institutions turn out to be a very important part of this discussion. Even if evidence-based policy isn't carried out sensibly by federal government, it may be in the private sector or lower levels of government.”

CEU Professor Andrea Weber, an applied labor economist, added that expert advice is not always sought by politicians and policymakers. She noted that the increased availability of big data “gave a big push to empirical evidence.” And, although Europe collects much more detailed, comprehensive data than the U.S., there are still confidentiality issues to be considered. For example, next year, the General Data Protection Regulation (GDPR) will come into effect, strengthening the protection of personal data. She noted that people need to see research as not just an abstract concept. It must be translated for general audiences so policy implications are clear. 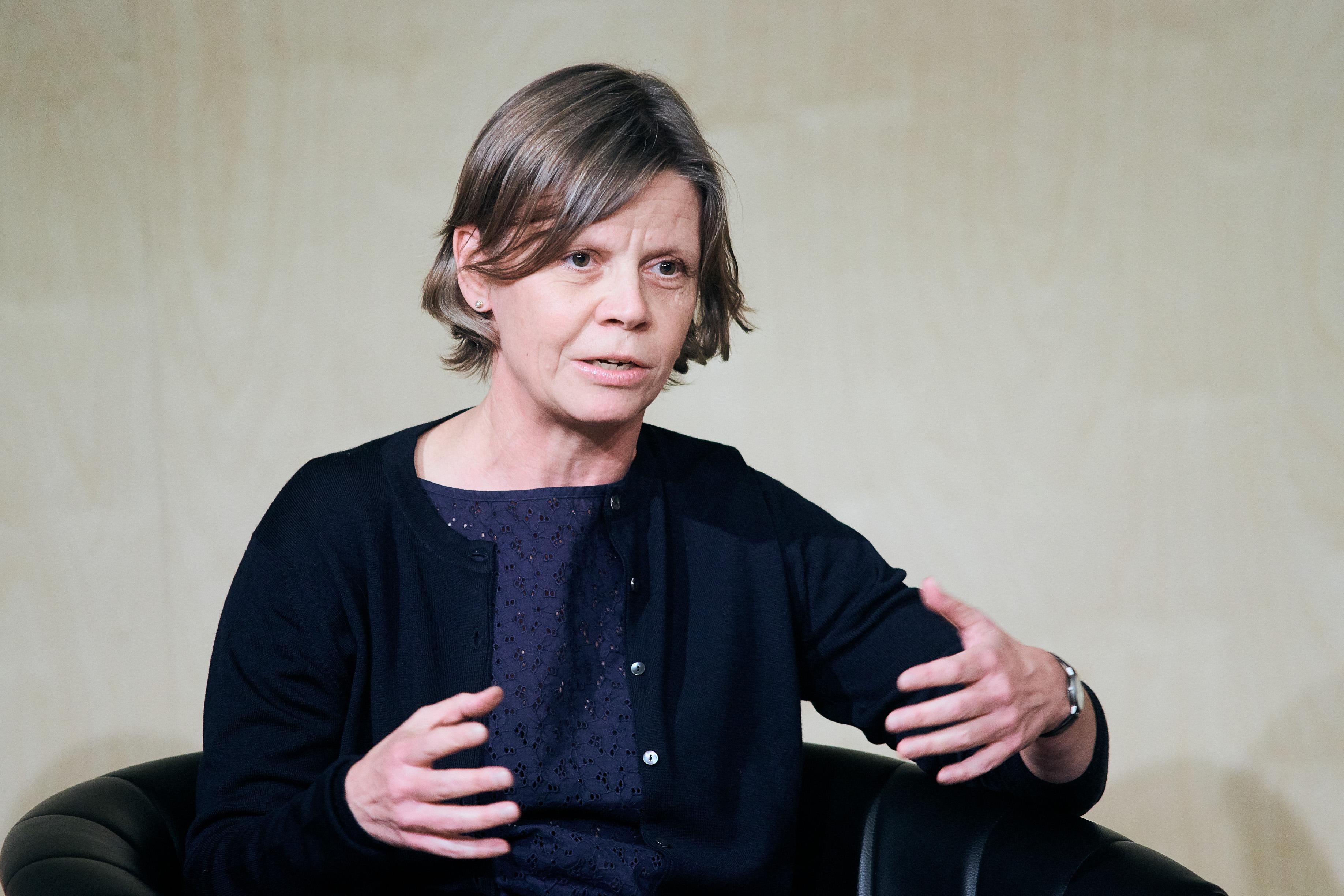 "Today, the problem is that ignorance comes with pride,” added CEU Professor Lajos Bokros. "I think now, we have to take an even deeper breath and start engaging ourselves in more activity – in politics, in policymaking. When I teach my dear students, I start my classes by making a distinction between politicians and policymaking. People should not look down on politics just because it's becoming crowded with ignorance. They should try to cross-pollinate, helping civil society and trying to push politicians back to reality. I think it's an uphill battle, but we have no choice. If we want to be responsible citizens and make a change, we must do it.”

In addition to some politicians simply lacking knowledge, CEU Professor Julius Horvath noted that there are also a large number of politicians who are ideologically driven.

“This has advantages – it helps the politicians justify themselves to the electorate. Evidence-based policy would require fewer ideological slogans and a change of the atmosphere to insist on having well-informed leaders,” said Horvath.

Engle gave the example of Kansas Governor Sam Brownback, who is on his way out of the governship and into the position of U.S. ambassador-at-large for international religious freedom. In 2010, then-U.S. senator Brownback was elected governor on a platform based on dramatically lowering taxes and expenditures.

“The state put into place a paradigm that had been discussed in policy circles but didn't have much evidence to support it. Over the years, there were a number of crises: school crisis, manufacturing crisis. In subsequent elections, many Republicans were reelected, but the new Kansas Statehouse overturned the governor's policies and overturned his vetoes,” Engle noted. “This is an example of a very short-term learning of the effectiveness of policy. This is an interesting example of why politicians should be interested in evidence-based policy, because they don't want to launch policies that don't work. Ultimately they will be voted out of office and not considered successful. I think successful government and evidence-based policy should be working together; I see no conflict here.” 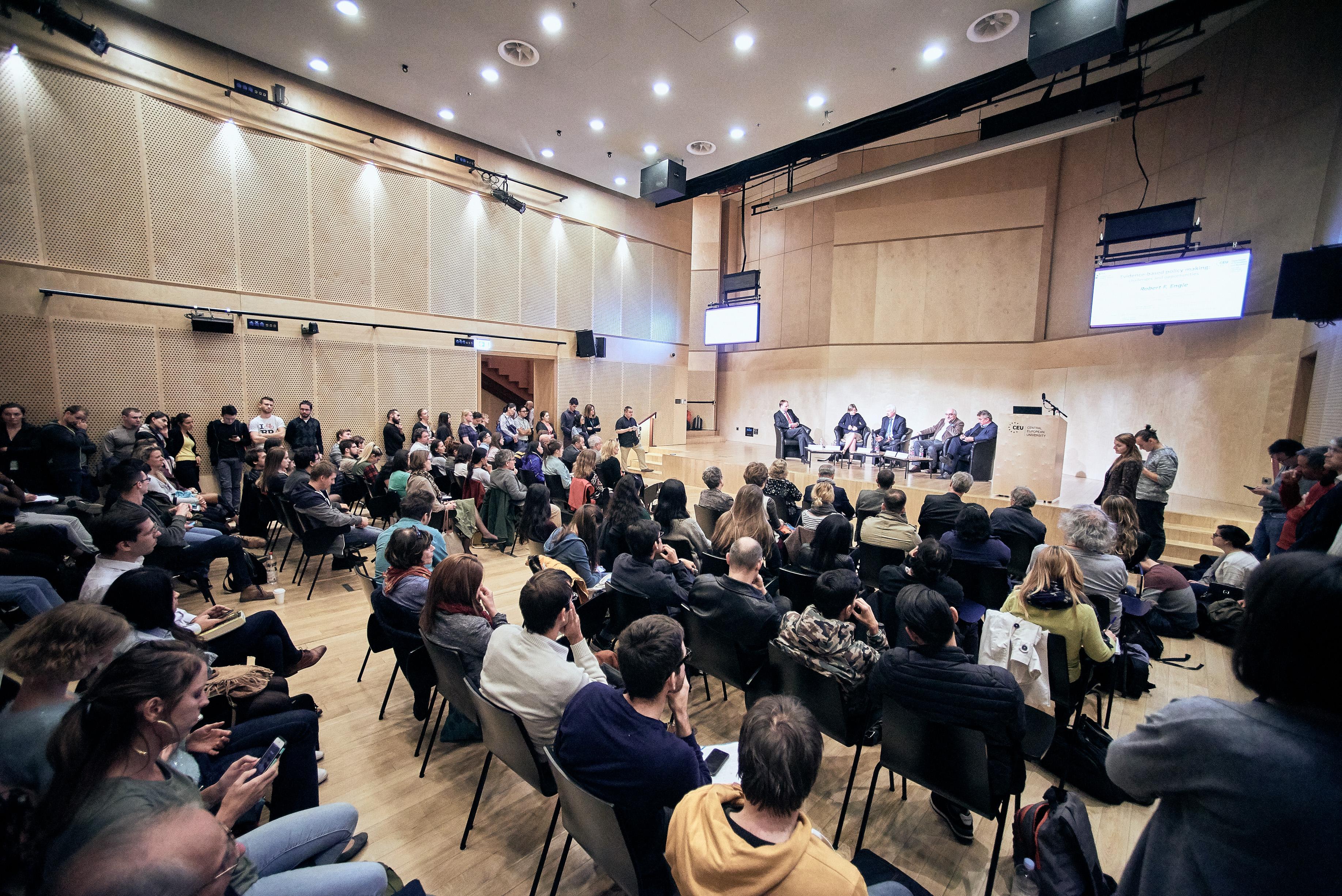 An audience at CEU listens as Robert Engle and a panel of CEU economists and policy scholars discuss evidence-based policymaking.

Engle ended by noting that scientists – whether they engage in the hard sciences or social sciences – use the scientific method that, by definition, involves experimentation and testing of theories and produces clear, robust results.

“I think transparency is terribly important. It's one of the reasons that we academics publish. We invite people to test our findings. This is a way that evidence is actually strengthened by people seeing it from several points of view,” Engle concluded.

The Oct. 2 debate was sponsored by CEU's School of Public Policy (SPP) and moderated by Professor Martin Kahanec, acting head of SPP.