Building on a long tradition of supporting Romani scholars and scholarship, CEU launched its new Romani Studies Program in August 2017 and celebrated the launch on October 19. The Program is a new model for international education, a center for study of contemporary economic, social and political challenges as well as a source of support for building open and democratic societies that respect human rights and human dignity. CEU's Roma Access Programs (RAP) was transformed into the Romani Studies Program (RSP) as of August 1, 2017. RSP is a new academic unit at CEU, encompassing the Roma Graduate Preparation Program (RGPP) and Roma in European Societies (RES) initiative. 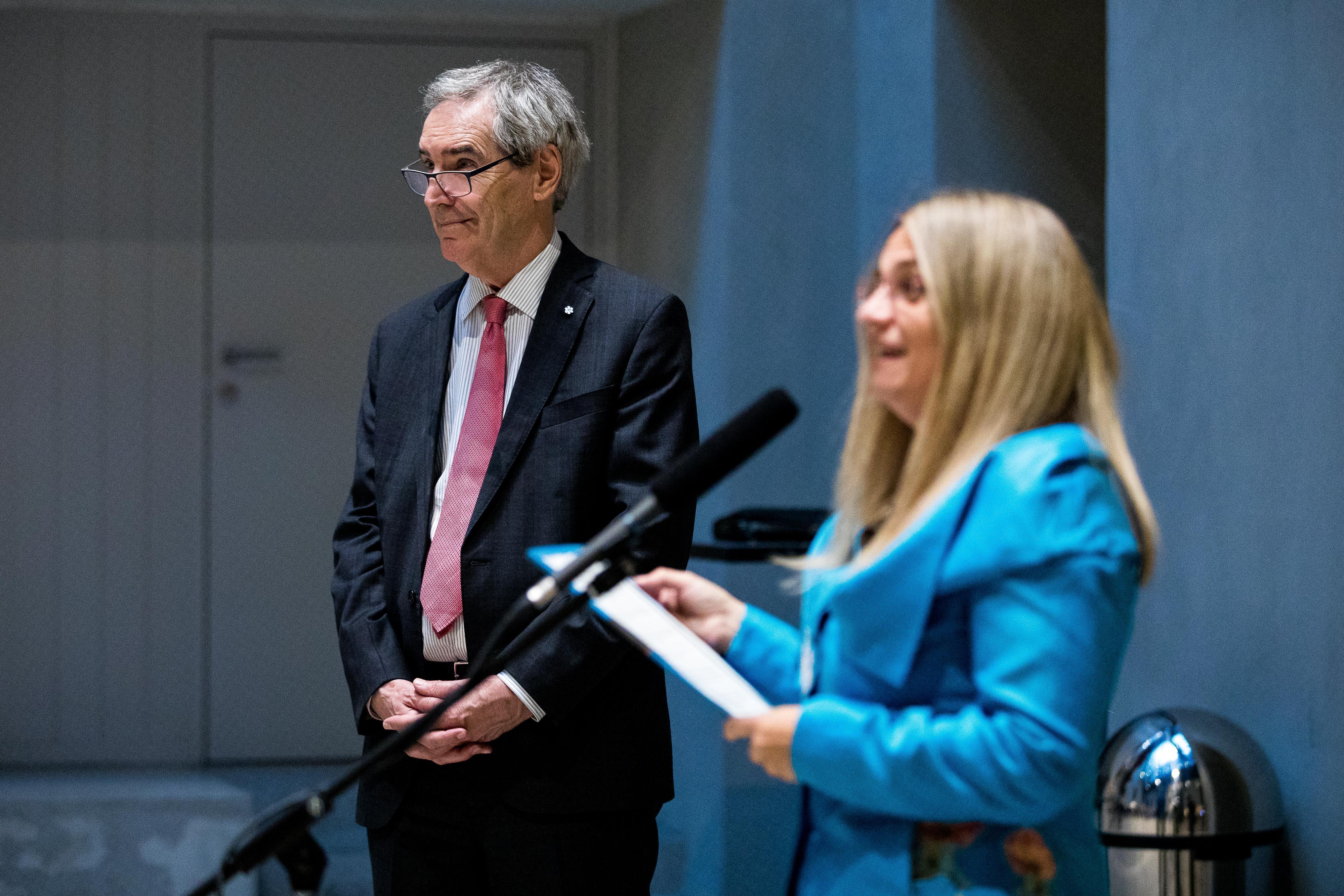 “What CEU has contributed to Romani Studies is now a matter of historical record,” said CEU President and Rector Michael Ignatieff. “Romani Studies is not just something we do on the side, it's at the center of what we do as an institution and it has been one of the things that's defined us. I want to affirm as strongly as I can our commitment to this tradition; it is one of the most wonderful parts of our university.”

CEU Provost and Pro-Rector Liviu Matei underscored CEU's commitment to Romani scholars and emphasized the importance of now having dedicated faculty to steer the program. CEU has long benefitted from visiting faculty covering Romani issues, but the establishment of this new program allowed the University to hire two permanent faculty to set the course for CEU's work in the field.

“We are here to celebrate the beginning of a new academic unit but, as the rector said, the activities are not new. CEU has been working in this area from almost 20 years now,” Matei said.

Assistant Professor Iulius Rostas is the Chair of Romani Studies Program. The author of “Ten Years After: A History of Roma School Desegregation in Central and Eastern Europe,” Rostas has worked for the Open Society Foundations, the European Roma Rights Center and the Government of Romania, and consulted the Organisation for Security and Cooperation in Europe, the World Bank, the European Commission and the Roma Education Fund.

“Our aim with this program is to engage with fellow academics, policymakers and students in knowledge production for Roma but also for the wider society,” Rostas said. “Our hope is that this program will be a hub for the whole of CEU to come together and engage in a debate. We believe that we can engage with fellow colleagues from the University and outside to bring new perspectives and contribute to social change that is so much needed.”

Assistant Professor Angela Kocze joins the Romani Studies Program as the RGPP Academic Director. RGPP is an intensive 10-month program that prepares outstanding Roma graduates with an interest in social sciences and humanities to compete for places on Master's-level courses at internationally recognized universities. Kocze brings with her many years of experience in academia and in activism. She was a visiting assistant professor at Wake Forest University (North Carolina, U.S.) and served as the principal investigator of a research project (2013-16) on Institutionalization of Romani Politics After 1989 in Hungary, funded by the Hungarian Social Research Fund. She was also the founding director of the Romaversitas program in Budapest, which offers scholarships and mentorship to underprivileged students.

Current RGPP students as well as alumni attended the kickoff event and shared their stories. Maria Dumitru received a bachelor's degree from the University of University of Craiova in Romania and is now studying in RGPP. 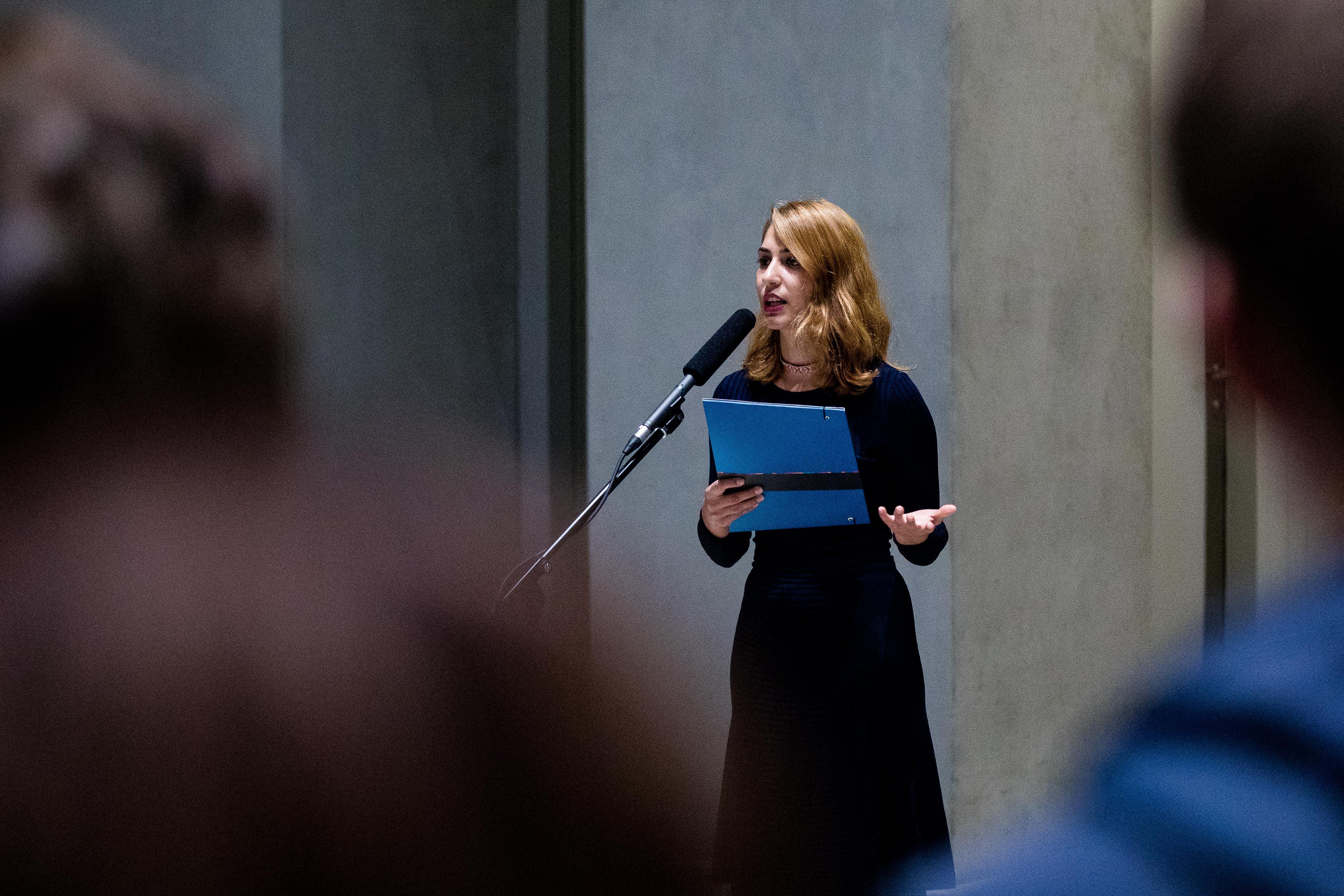 “I am proud to say I'm in RGPP now. While being here is the result of hard work, I'm very grateful to be part of an international network. I believe RGPP is the door to many other opportunities,” Dumitru said. “It's given me friends, mentors, teachers and chances. Many people are wishing for more opportunities for Roma people and so am I. I don't think education should be a privilege, but a right for everyone.”

Bulgarian Dancho Yakimov graduated last year from RGPP and was accepted into CEU's School of Public Policy. He noted that the educational system in Bulgaria is very different from the way CEU educates.

“I have had some transition time to realize that I am on the same level with professors and other students. I can produce knowledge, too, not just repeat info that I learned. Being here has opened my perspective to issues – I've considered things differently than before and alternate ways to tackle issues,” Yakimov said. “SPP is demanding, but I can say that the tutoring in RGPP really helped me. I have background info in public policy that is very useful for me now,” Yakimov said.

In his home country, Yakimov worked for NGOs, including organizations for the blind, where he learned a lot about the process of policymaking. After he graduates, his goal is to work on social policies with a focus on vulnerable communities including Roma and people with disabilities.

The evening was enhanced with music by Romani musician Erno Kallai who played a Paganini composition. 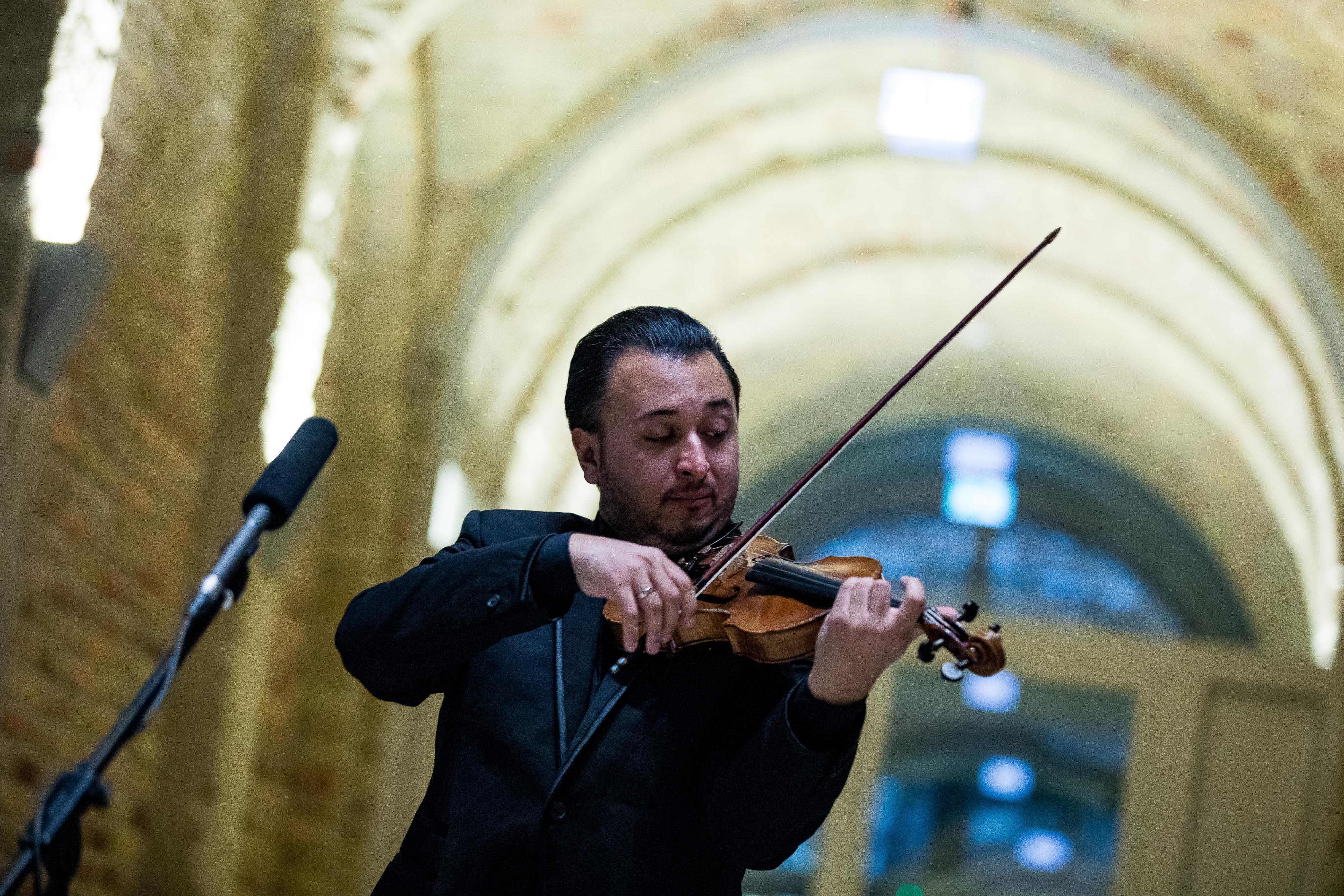 For further information on the Romani Studies Program, visit: https://www.ceu.edu/unit/romani-studies-program