Constitutionalism is an unfinished and imperfect project that can be manipulated to contribute to the closing of minds and societies, according to CEU University Professor Andras Sajo, who founded the Department of Legal Studies at CEU and served as a judge at the European Court of Human Rights for a decade. Sajo spoke as part of the Rethinking Open Society lecture series at CEU hosted by President and Rector Michael Ignatieff on October 17, delivering a lecture entitled “Constitutionalism in Closing Societies.”

“There are unfinished and imperfect elements in the constitutional approach,” Sajo said, and then defined the term. “By constitutionalism I mean a set of liberty-enhancing ideas and corresponding institutions protective of liberty.” 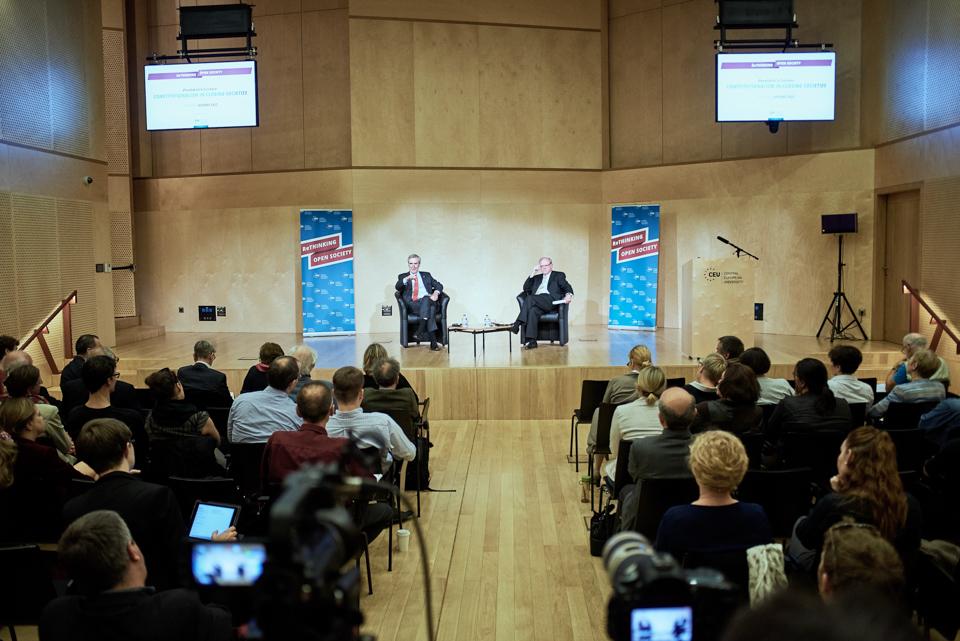 “There is nothing new under the sun when it comes to the abuse of the rule of law,” he said. “Technically speaking, even Hitler, in his coming to power through the democratic electoral process, relied on the relentless use of the gaps in the Weimar constitution. The imperfect law was not the cause. The cause was the successful closing of the mind of Germans left and right by hate and fear.”

Elements of the recent erosion of constitutionalism include the refurbishment of the judiciary, the politicization of the civil service, biased preferences written into law as if they were neutral, and tinkering with definitions of terms such as terrorism, in order to enable steps that lie outside the liberties enhanced by constitutionalism, such as surveillance, Sajo said.

“Elections remain free, but not necessarily fair,” he said. “Gerrymandering and rules on access to the media and campaign finance are made to reinforce the power of the incumbent.”

Sajo went on to cite examples of the decline in human rights protection, where as in the case of terrorism, “people’s right to security is played against traditional liberties, or victim’s rights prevail against due process considerations.” 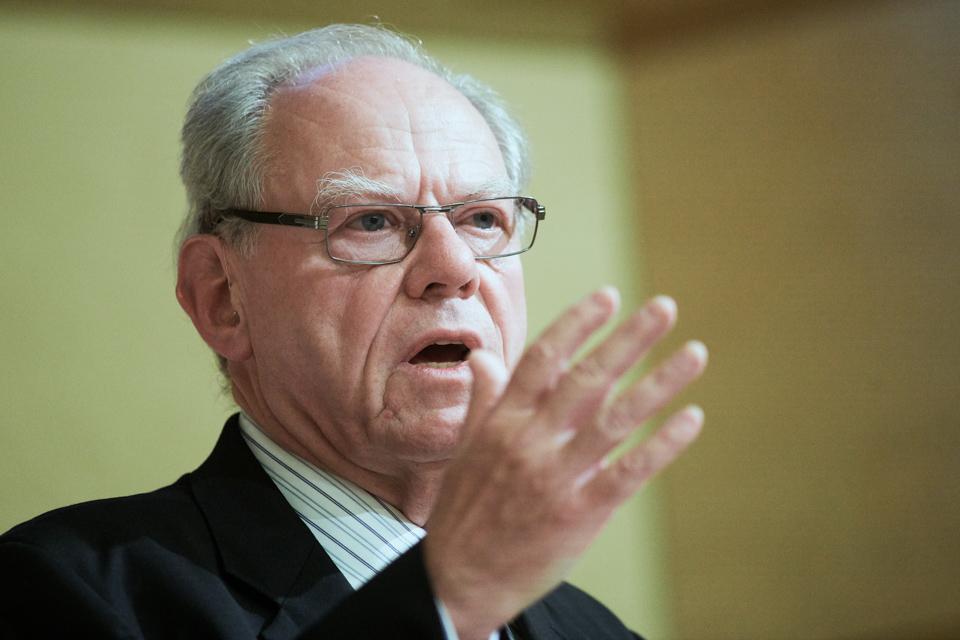 The autonomy of fundamental institutions of constitutional democracies is also eroding, as churches receive and become dependent on state subsidies, companies rely on state aid and/or government contracts, and universities are subject to the whims of state funding that is increasingly partisan or selective.

“Law itself becomes a source of, and instrument of, dependence,” he said.

What are the reasons for this, and what are the remedies? Sajo said the demise of constitutionalism is partly due to the supremacy of democracy itself. Since it enjoys an “uncontested source of legitimacy around the world, it’s the only game in town,” but there are leaders and factions who play on its internal weaknesses.

“Constitutionalism is paralyzed,” Sajo said. “The constitutional containment of majoritarianism has been delegitimized by democracy itself.”

Similarly, the advantages of open society are also its weaknesses, Sajo said.

“Minds can be manipulated for the purpose of manufacturing a closed mindset, but this does not work the other way around… this is the handicap of open society,” Sajo said. Constitutionalism is meant to be an institutional mechanism that enables a society to be and remain open, and this is why the law of freedom protects speech first and foremost, but the success of this requires a commitment to openness in the first place.

It’s important not to blame Eastern (European) societies for the failures of constitutionalism, Sajo said. That assumption comes from the biased viewpoint of Western superiority, he warned.

“Institutional shortcomings are the common heritage of the constitutional structure -- this is not an Eastern peculiarity,” he said.

Sajo did have some words of encouragement. Democratic societies that are drifting toward authoritarianism are likely to remain democratic, not drift into totalitarianism.

The imperfections of constitutionalism can still be rectified, he added.

“Constitutional institutions are resilient, even if vulnerable by design,” he said. “It is not too late to take precautionary measures at the institutional level to make constitutionalism more resistant. There are elements in the surviving democratic constitution and in the leftover of the open mind that can be used to reverse the current drift towards a less and less mild despotism.”