November 13, 2017
News
CEU Planet
The Office of the President and Rector

While everyone is in favor of the European Commission’s strategy to open up digital opportunities for people and businesses and enhance Europe's position as a world leader in the digital economy, when it comes to negotiating the details, things get complicated, according to Andrus Ansip, vice-president of the European Commission with responsibility for the Digital Single Market (DSM), speaking at CEU on November 9.

When Ansip, former prime minister of Estonia, set the target to have a DSM in Europe by 2015, he envisioned having neither physical nor digital barriers within the EU. In reality, instead of a single market of 500 million citizens, we now have 28 small markets, he said.

On June 15 this year, the EU ended roaming surcharges within the EU as part of the DSM strategy. Even though prices and data allowance varies greatly within the EU, it is a good result from the customer point of view, Ansip noted. In the first few months, the rate of people using mobile data when traveling in the EU increased 3-6 times, which shows that “roaming surcharges were a real barrier.” 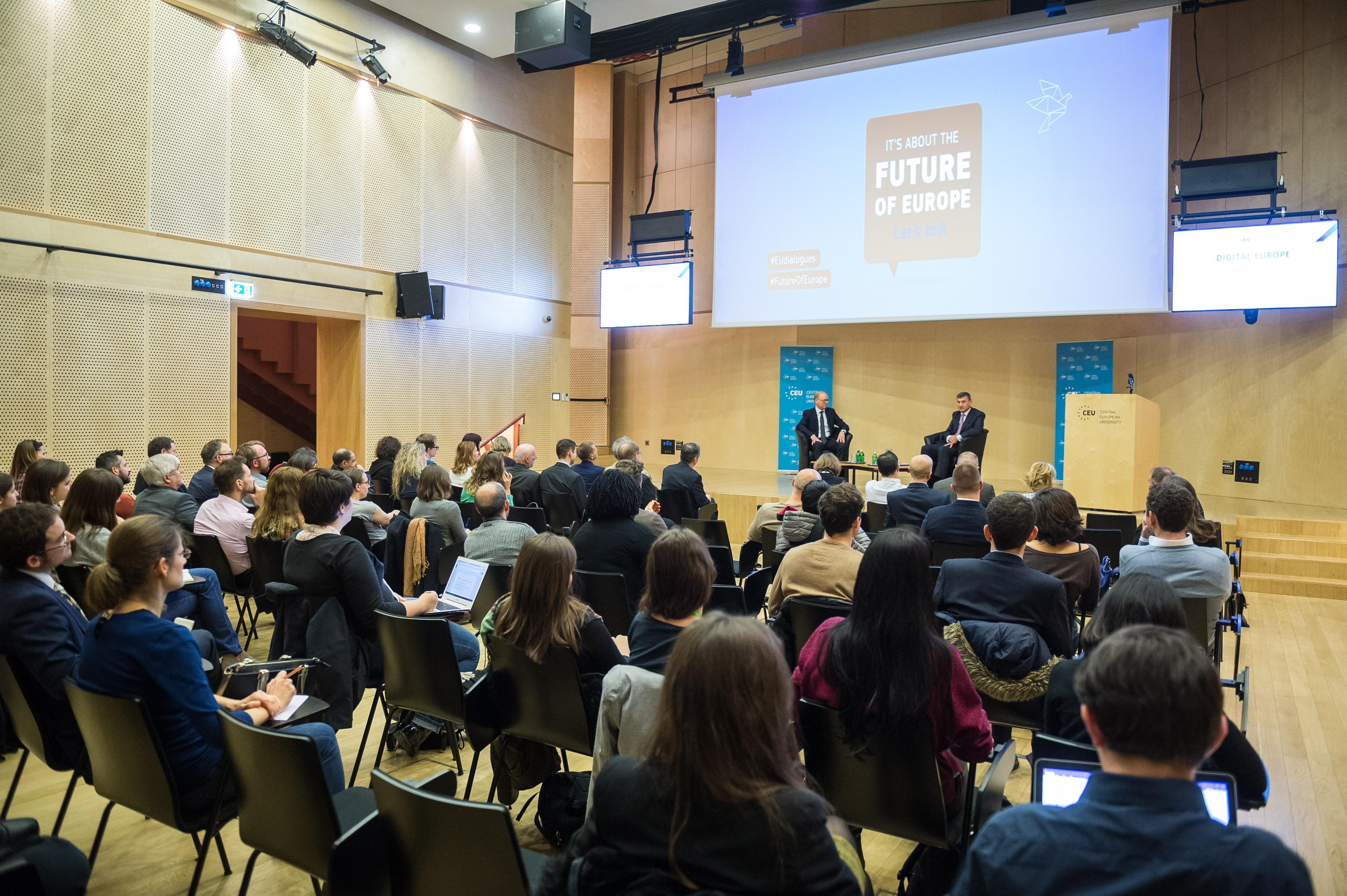 Ansip said digital geo-blocking poses a major challenge to the realization of DSM.

“Not having access to legally bought digital content that you bought within the EU in your home country is crazy,” he said. Domestic and cross-border parcel delivery prices vary greatly. Twenty-six percent of online buyers can’t use their credit cards issued in the “wrong country.” To end discrimination based on citizens’ home country, the DSM strategy directly tackles unjustified geo-blocking.

For a single market that is truly digital, “we have to set free data flow legislation - data must be able to flow freely,” he said.

Commenting on whether the Commission supports going digital in political processes, Ansip referred to Estonia where even voting can be done digitally. “We need to reach out to people who spend much of their lives on the Internet; and these are not just young people. E-government makes processes more efficient, more transparent and inclusive, therefore better for democracy,” he concluded.

The event in Budapest was part of a series of Citizens' Dialogues that involve the entire European Commission and take place in all EU member states.