On November 9, the Open Mic took place in the framework of DeStress Days at CEU. The Open Mic, which is an annual event jointly hosted by the CEU Student Union, Alumni Relations Office, the Student Leadership and Service Office, this year was organized by the Alumni Scholarship Recipients (ASRs) – me and Fatih. It gathered more than one hundred people – staff, alumni and students – who love art in its various forms. 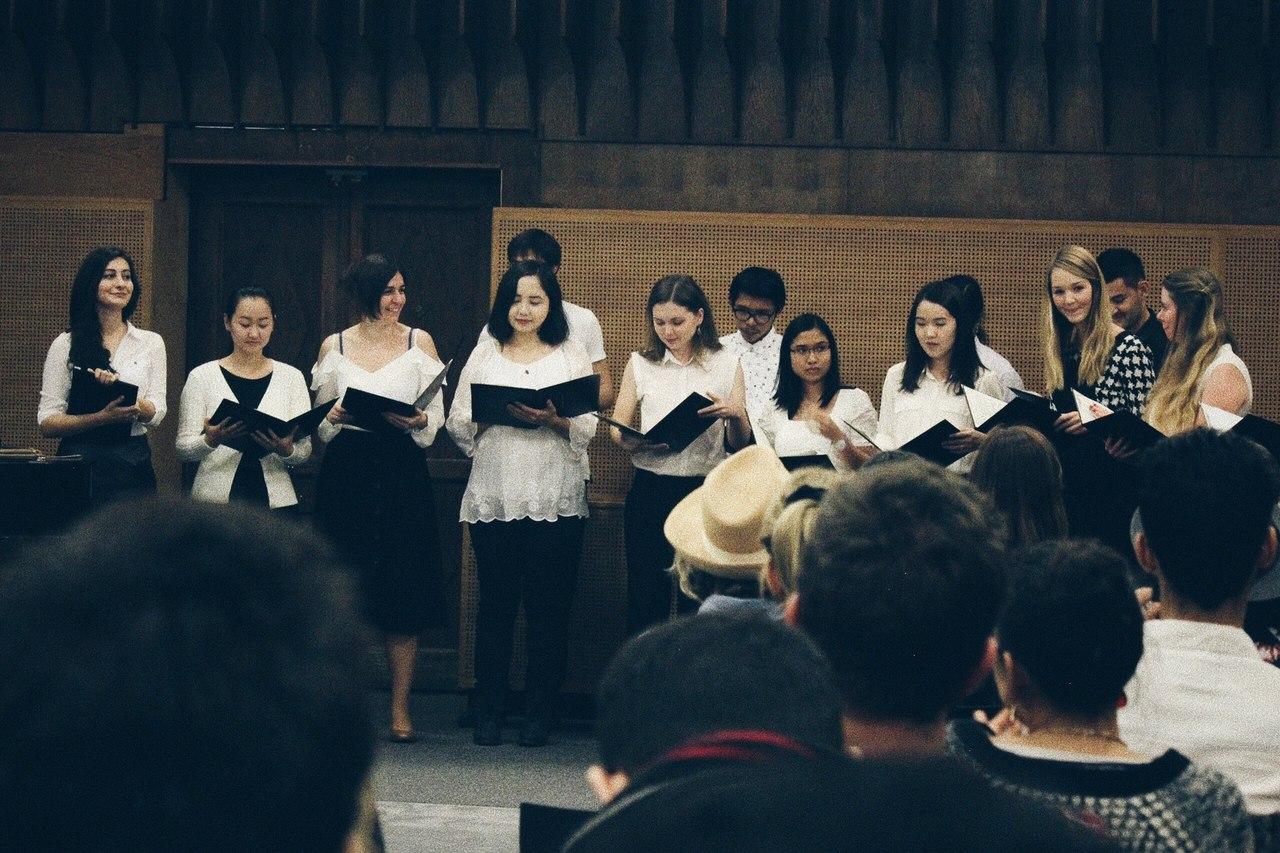 Being not a competition in its nature, the Open Mic was introduced as a break from the academic workload and aimed to give all people a chance to seize the stage. The Open Mic proved how diverse and talented our CEU community is. Dancing and acting, music and poetry – all these talents were presented by both experienced professionals and amateurs, by those to whom the stage is so familiar, and those who had never been so close to it before. Beyond doubt, “everyone is gifted, but some people never open their package.” To this end, people were encouraged to share talents and to express themselves without any limitations on style or genre. All we wanted was to see people performing what they really love without shyness or fear of being judged and misunderstood. So, what did we get? 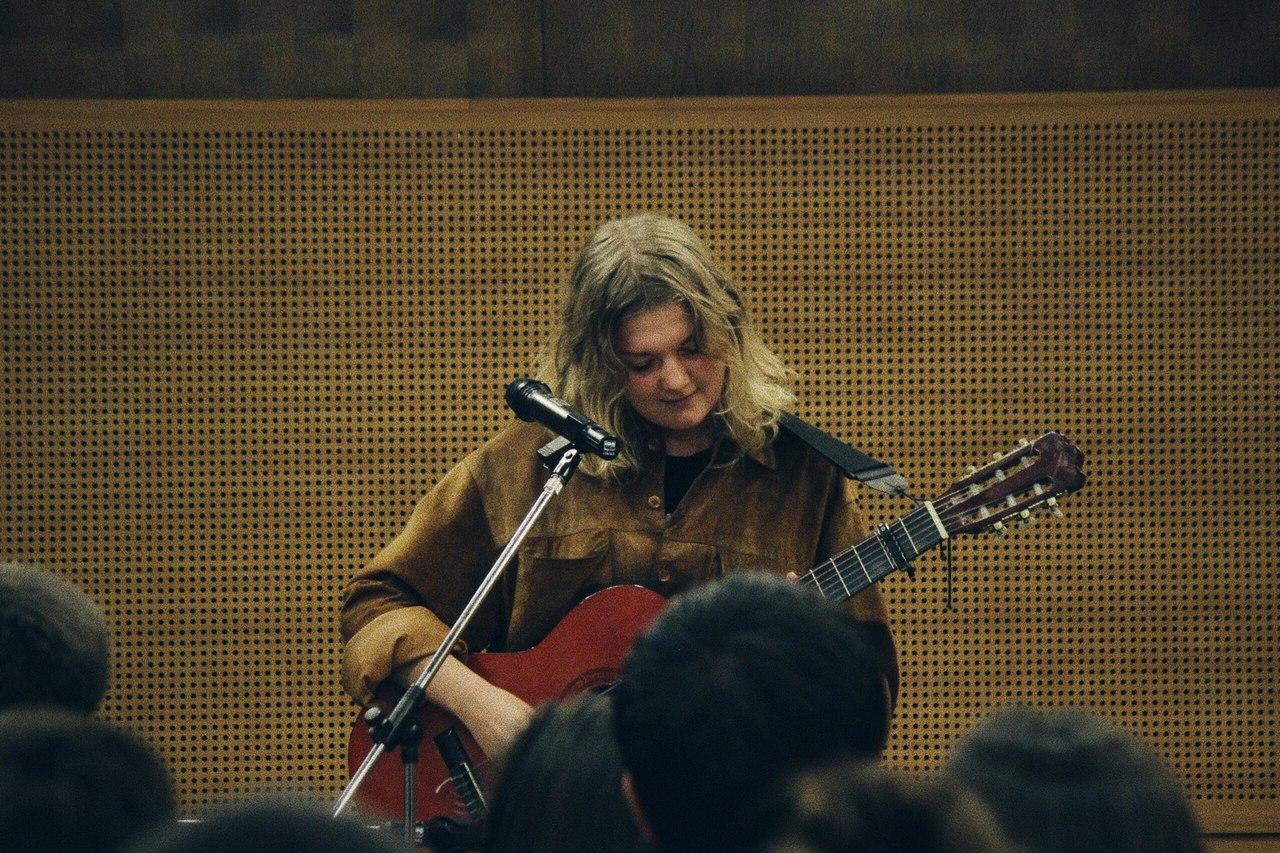 Stanzi Litjiens showing her talents as a singer and acoustic guitar player at the OpenMic’17. Photo: Samten Yeshi

Nine performances, nine amazing stories to tell, nine different messages… The CEU Choir and Ukulele group, poetry in four different languages from CEU alumna Veronika Bursevich and slam poetry by Peter Molnar, the M&E band performing songs in Hungarian and English, an Armenian spiritual song by Kristina Simonyan, a touching song accompanied by acoustic guitar by Stanzi Litjiens, a theatrical performance by Ekin Deste Guner and Lucie Janot, and a traditional song by Sanchari Gosh… These people inspired us that evening. Some of them also kindly agreed to share with us their personal stories from childhood and about their original paths, about their bands and, of course, some interesting facts about their breathtaking performances. 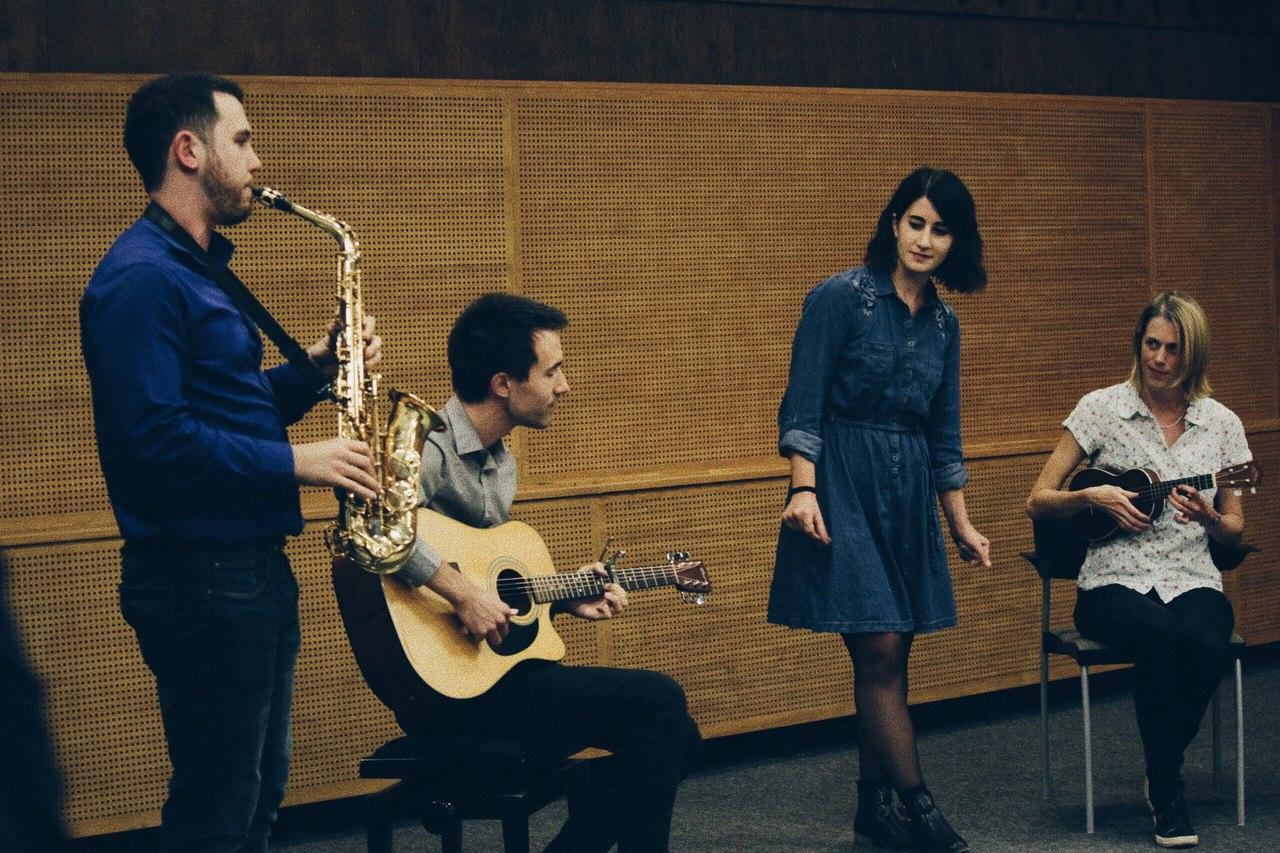 M&E band performing songs in Hungarian and English to the crowd’s delight at the Open Mic’17. Photo: Samten Yeshi

A very friendly and warm atmosphere was created by the audience. Some people came to support their friends, others joined the show simply to enjoy or to find enlightenment. Indeed, the muse was floating in the air!

Everyone who has performed at least once would agree that the best acknowledgement is the loud applause from the audience and the happy and sincere smiles on faces. Moreover, the audience participated in the show by singing along, dancing, clapping and waving. People also shared pictures and videos of performances on social media and with their friends outside CEU. The performances were followed by a reception with delicious refreshments. It was another opportunity to meet like-minded people and to learn more about the performers. 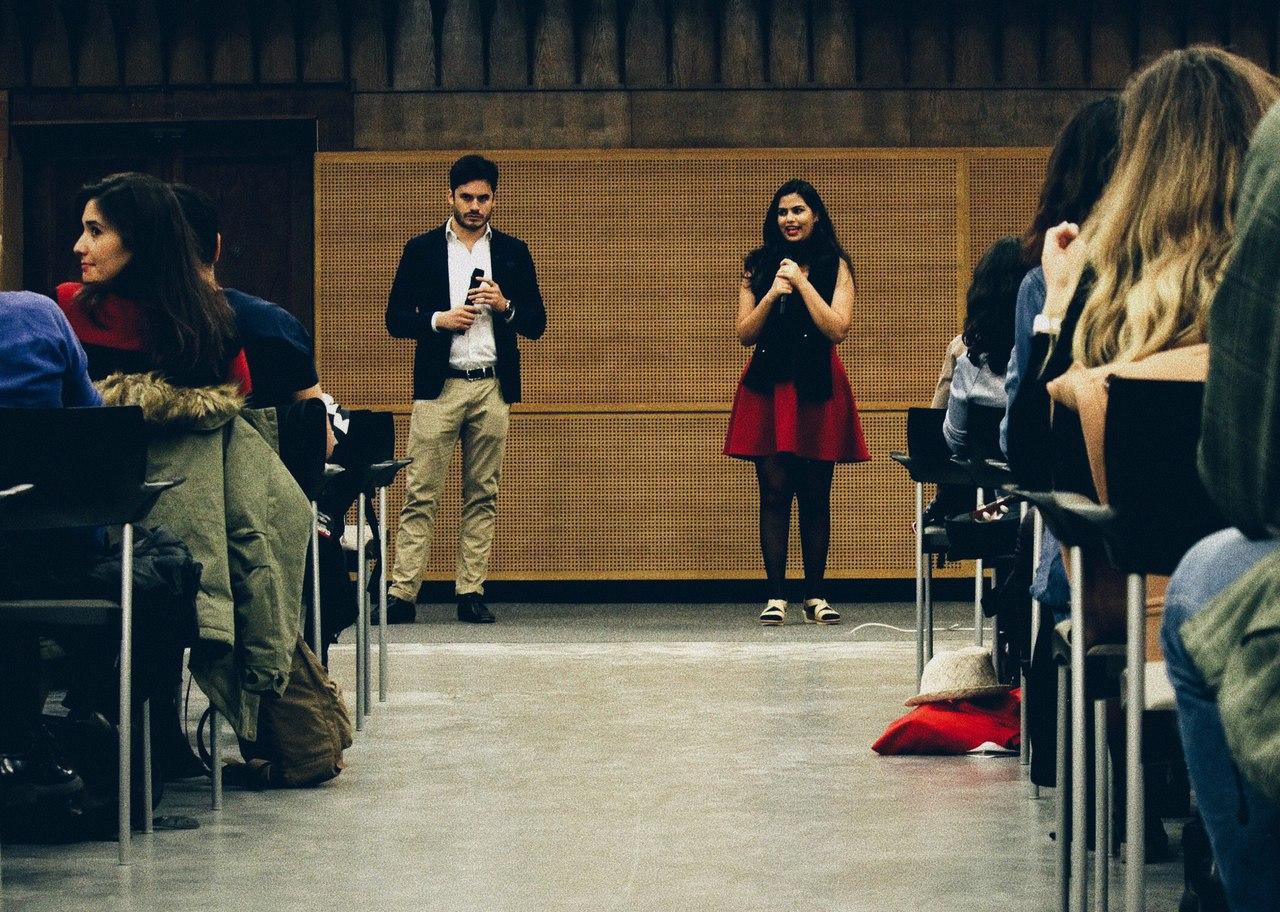 Finally, the show would not have been that successful without the great work of the organizers behind the scenes, and without the incredible dedication and energy of the MCs, also ASRs, – Mohini and Alejandro, who entertained the audience with funny jokes and set the mood of the whole event. 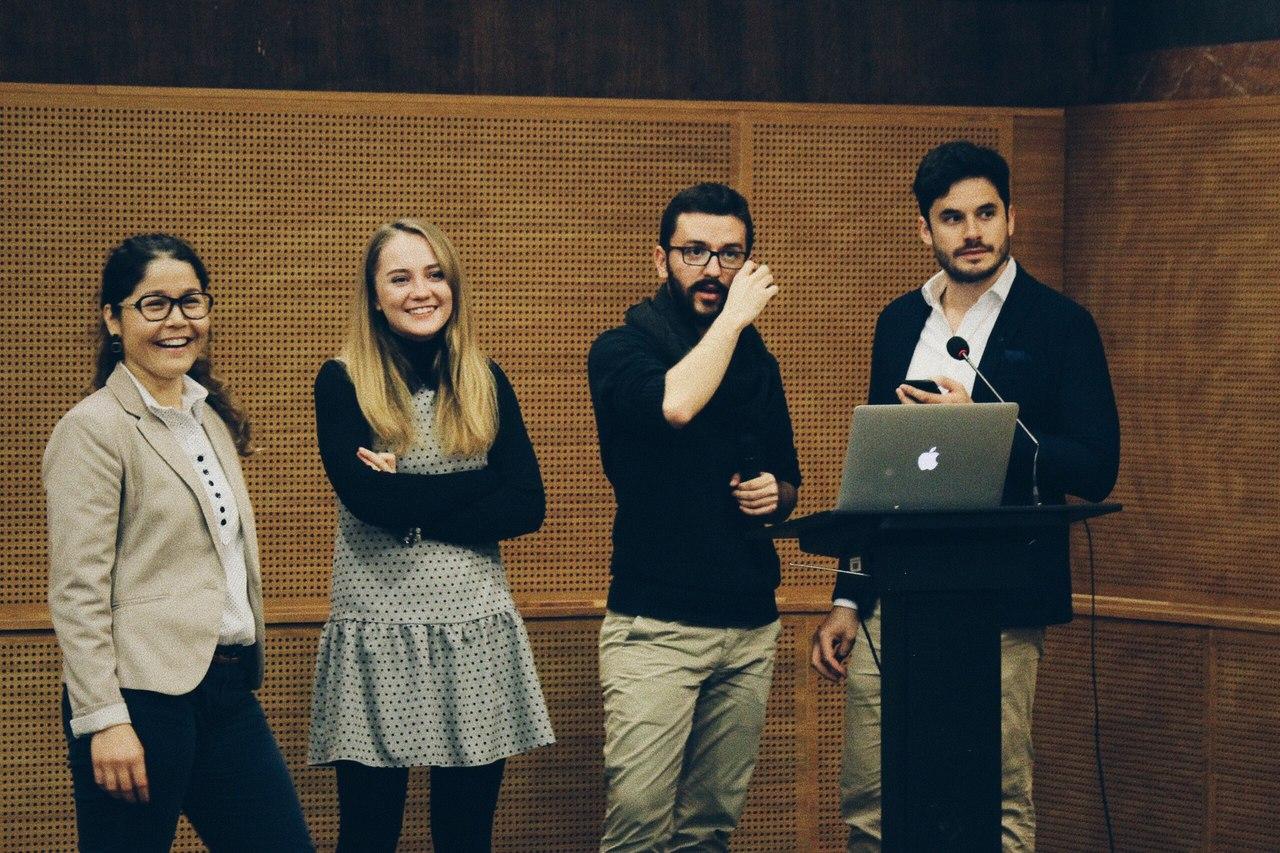 The Open Mic became an amazing event, a unique experience and a great opportunity for all who joined it.