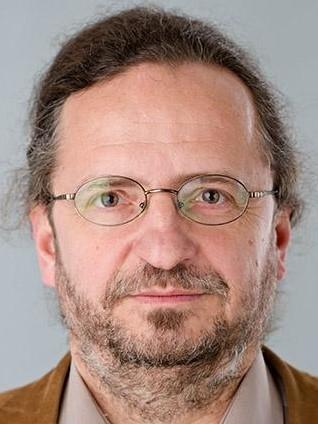 Gyorgy Gereby, associate professor in CEU's Department of Medieval Studies, is delivering the Isaiah Berlin Lectures at the Faculty of Philosophy at the University of Oxford this semester as part of the Isaiah Berlin Visiting Professorship, which brings leading scholars in the history of philosophy or history of ideas to Oxford. Named after the great British philosopher and founding president of Wolfson College, Sir Isaiah Berlin, the lectures were established in 2004.

Gereby's lecture series is entitled "Political Theology: a Risky Subject in History" and include the following:

January 24: ‘Theocracy and the Kingdom of God.  Biblical and early Christian polities’

January 31: ‘Christianity for and against the empire. Eusebius or Augustine?’

February 7:  ‘“No church without an emperor.” The Byzantine symphony’

February 14: ‘Two swords and two luminaries. The conflict in the Latin West’

Find out more on the Oxford Faculty of Philosophy site here. Gereby is also director of CEU's Source Language Teaching Group, and is affiliated with CEU research organiziations the Center for Religious Studies and the Center for Eastern Mediterranean Studies.