CEU's Center for Ethics and Law in Biomedicine (CELAB) hosted the Hungarian celebration of UniStem Day 2018, an annual Europe-wide event to popularize recent advances in stem cell research. This year, 74 academic and research institutions participated in UniStem Day events in 10 European countries. At CEU, university and high school students gathered to hear eminent Hungarian scholars and researchers discuss recent research findings as well as the difficulties of introducing them into clinical practice.

CELAB Director Judit Sandor, who is also professor at the Departments of Political Science, Legal Studies and Gender Studies and CELAB Research Associate Marton Varju opened the event with remarks about the UniStem Day initiative as well as the various research projects in which CELAB has participated — including one EU-funded project that resulted in a publication of survey results on the public understanding of stem cell therapies in Nature Biotechnology in 2017. 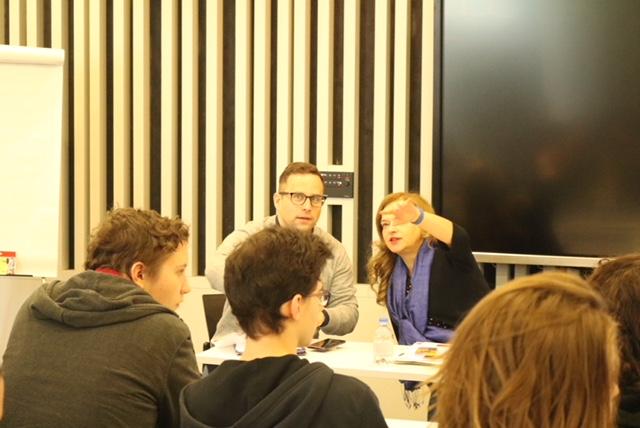 Professor Balazs Sarkadi of the Scientific Research Center of the Hungarian Academy of Sciences and the Committee for Advanced Therapies at the European Medicines Agency presented the most pressing scientific and ethical issues including the hopes for stem cell technology, as well as the doubts that have arisen about the success of some of the therapies. He pointed out that European regulations require a more cautious approach than the American, Japanese, or Chinese regulatory environment, resulting in fewer clinical trials, but also fewer scandals, in the race for finding cures. 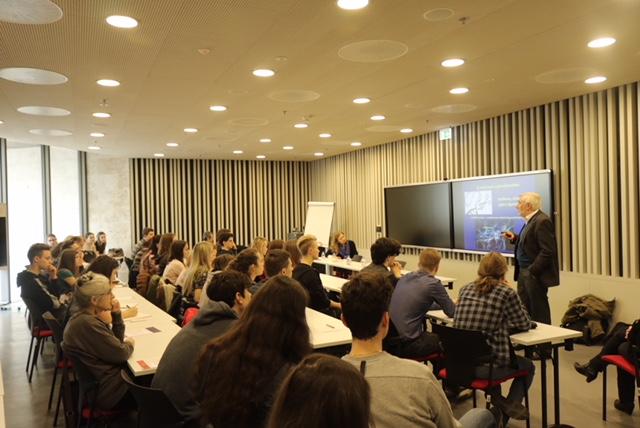 Professor Balazs Sarkadi of the Scientific Research Center of the Hungarian Academy of Sciences and the Committee for Advanced Therapies at the European Medicines Agency, speaking at UniStem Day 2018 at CEU. Photo: Miklos Voros.

The panel discussions that followed included Agota Apati of the Scientific Research Center of the Hungarian Academy of Sciences, Andras Dinnyes of Szent Istvan University and Biotalentum Co., Ferenc Uher of Semmelweis University and Szent Laszlo Hospital, as well as CELAB's Sandor. Perhaps the most important conclusion in the panel discussion on the clinical applications of stem cell research findings was that the research field is transforming at such a pace that research results from juse a few years ago had to be reevaluated in light of more recent findings. The biggest challenge in the field is that not only the possible therapies, but also the clinical trials themselves are so expensive that advanced therapies cannot be safely introduced into clinical practice. Unlike in the field of information technology, stem cell research has not yet been able to mobilize large-scale investments, although very recently multinational pharmaceutical companies have appeared in the market once dominated by small startup companies. 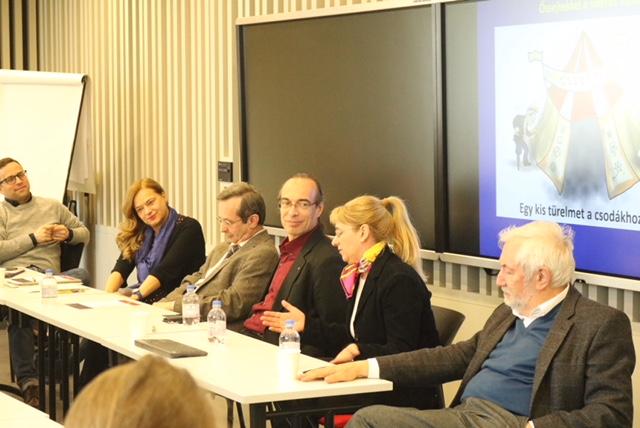 The panel discussion on ethical issues related to stem cell research and its clinical application highlighted the deep dilemma about the fairness of distributing the fruits of this research: experimental therapies. At this point, therapies are so expensive that only very rich people can afford them, or in the case of clinical exception, taxpayer money can finance therapies to select groups of patients, mostly in the case of little children or who have better chance of recovery. However, it is clear that every effort has to be made to ensure distributive justice in this field.

In the last session of UniStem day, students from five secondary schools (Fazekas Mihaly, Jozsef Attila, Jedlik Anyos, Karolyi Mihaly, and Radnoti Miklos) formed groups to develop their questions and comments formulated on basis of the lessons drawn from the panel discussions. Most students were very much interested in the new, innovative uses of stem cell technologies, such as engineering superfood with enhanced ingredients through cloning, or providing spare parts for the human body. Many students challenged the traditional ethical concerns and regulatory frameworks, and they were deeply concerned about the fair allocation of new technologies. However, they were very open to some of the developing bioengineering solutions, such as replacing certain body parts or human tissues in the future by bionic limbs, through bioprinting or stem cell research, or the combination of these technologies. They also saw ethical challenges in the savior sibling cases — for example, the emotional burden on the savior sibling who might think that his or her birth was made possible only because of the usefulness of their stem cell.