CEU received the Hungarian Construction Industry’s Award for Excellence on March 27 in a ceremony at the University's Nador 13 and Nador 15 buildings.

"When I first entered these buildings as the new rector of CEU, I said 'wow!' remarked President and Rector Michael Ignatieff at the award ceremony. "And I still say 'wow.'” He also emphasized the difficulties of organizing construction in the middle of the city in a World Heritage Zone, but expressed his hope that CEU made a remarkable contribution to the Budapest cityscape with its new campus. 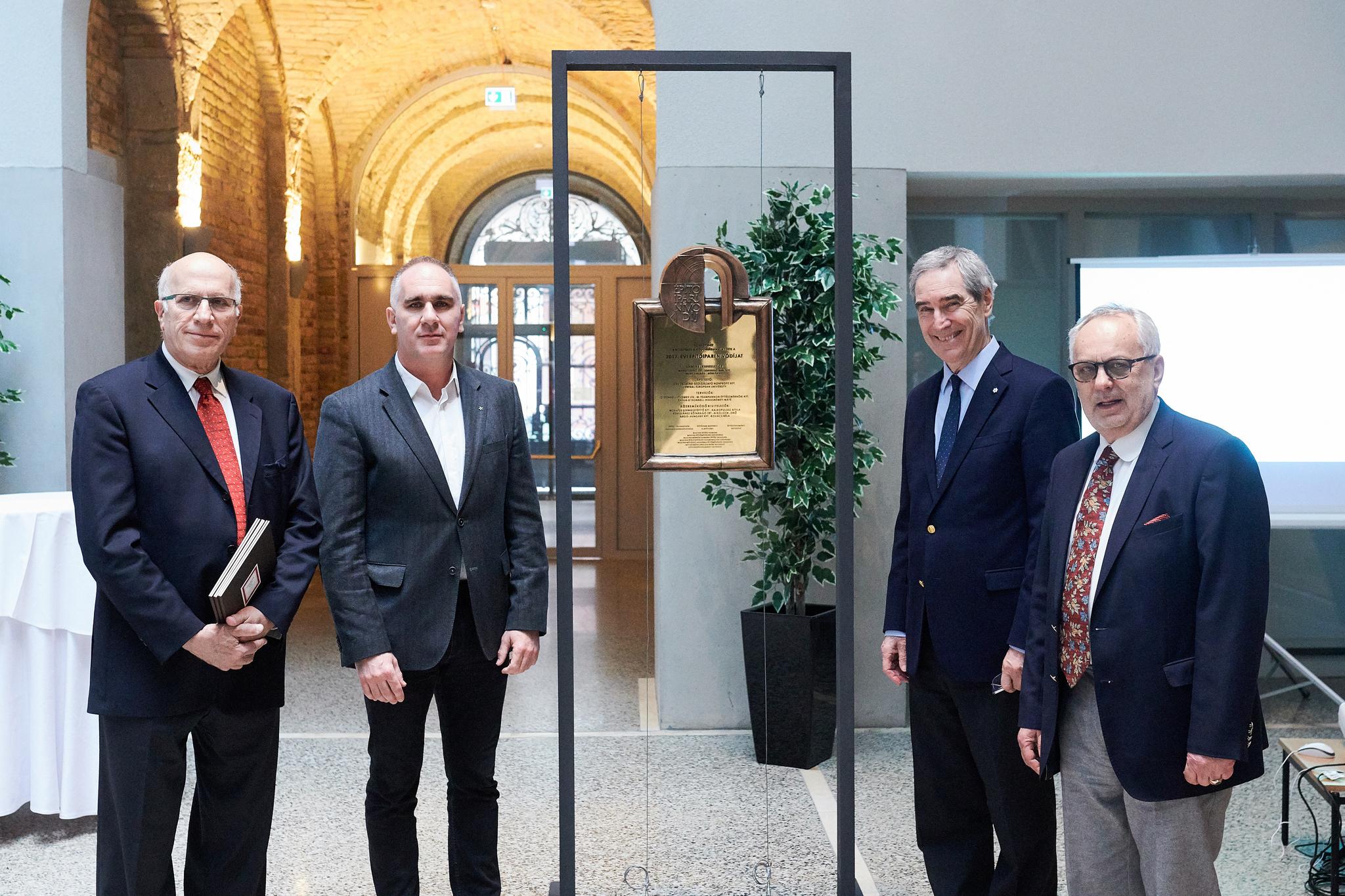 Ignatieff thanked all those who were involved in this challenging project, including general contractors Market and Strabag, architects Sheila O’Donnell and John Tuomey from ODT, Mate Hidasnemeti from M-Teampannon, and Pal Baross and the CEU Campus Redevelopment Team. Ignatieff also praised the excellent Hungarian craftsmanship which made the redevelopment project possible.

On behalf of the architects, Mate Hidasnemeti spoke about the extraordinary project.

"This was a special project, because it gave the University the opportunity to redefine itself and its spaces in an architectural way," he said. "This meant we not only opened two buildings to each other, but opened them to the city. Making this a reality was a challenge and I thank all the contractors and craftspeople for their hard and excellent work. I wish the University and everyone who enters will enjoy the fruits of our labors." 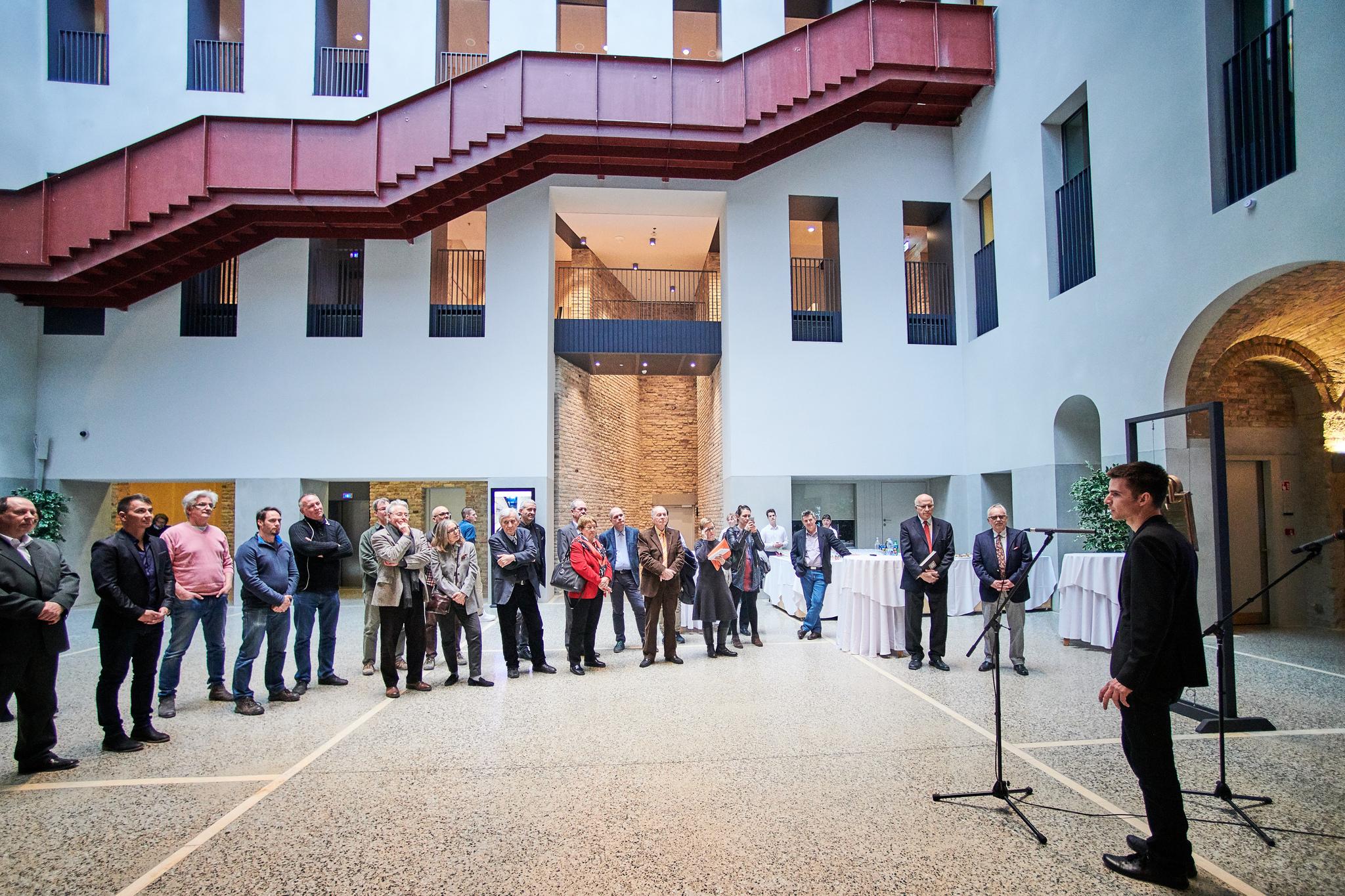 M-Teampannon's Mate Hidasnemeti, one of the project architects for the new CEU buildings, speaks at CEU. Image credit: CEU/Daniel Vegel

Hidasnemeti presented Ignatieff with the Civic Trust Award, which he had received with O'Donnell and Tuomey in Manchester on March 9.

Campus Redevelopment Director Pal Baross took the opportunity to thank all the contractors, sub-contractors, and craftspeople as well as the architect, comparing the architectural plans to a musical score, which depends on the quality of the orchestra in order to make its beauty felt by the audience.

"It's obvious the University enjoys itself here in downtown Budapest," said Janos Golda, representing the Board of the Hungarian Construction Industry’s Award for Excellence Foundation. "This is an inspiring environment for learning and for encounters among people. Here in the heart of Budapest, we've achieved European quality."