“It is hard to think of a time when public engagement with migration policy globally has been as evident or as polarized as it is now,” said Harvard Professor Jaqueline Bhabha, as she opened her Rethinking Open Society lecture “Can We Solve the Refugee and Migration Crisis?” at CEU. She believes that, despite the sharp rise in nativism, “moves are afoot that can provide a pathway to a rational, just and inclusive migration policy for all in open and democratic societies.”

Bhabha noted contrasting reactions to migration issues such as the Trump administration's attempt to crack down on undocumented immigrants countered by local governments proclaiming their towns sanctuary spaces, where the undocumented are safe. She also touched on the troubling turn in Myanmar where, despite emerging in the world as a newly democratic government, the country has been harshly condemned on the world stage for genocidal anti-Rohingya policies. The response to the Syrian crisis is even more troubling, she noted, with the failure of the U.S., the UK, Australia and many other key signatories to the UN Refugee Convention as well as Saudi Arabia to shelter enough refugees. 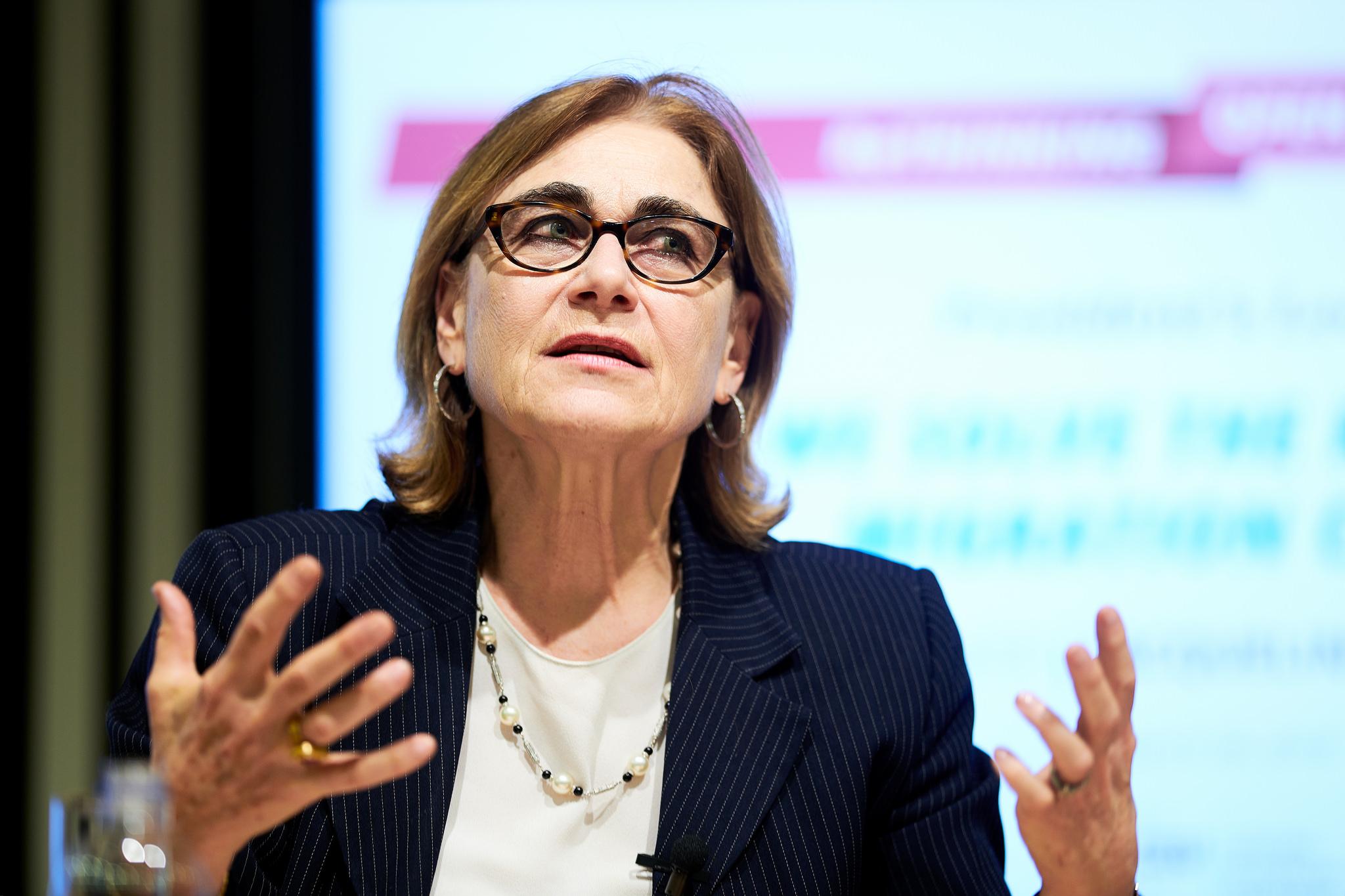 The EU's deal with Turkey to attempt to stem the tide of refugees has been effective in terms of numbers, Bhabha said, but it has not been successful in terms of the protection of human rights and real, long-term solutions. Due to the cutoff to Europe through Greece, more refugees are taking the dangerous route from Libya. Camps in Greece that were already full before the agreement was brokered do not have adequate security or sanitation.

“Camps are dangerously overcrowded, inadequately serviced by sanitation, security or basic infrastructure; they are gang ridden, unaccompanied minors are selling sex and working with drug dealers to secure funding for smugglers that might facilitate their onward journeys,” Bhabha said. “In the richest region of the world, thousands of destitute refugees are surviving in muddy tarpaulin tents, relying on sticks to keep their flimsy structures up and on plastic water bottles as fuel. The deal has not alleviated suffering or overcrowding at the Southern EU border, it has exacerbated it.”

Bhabha sees some hope in the United Nations Sustainable Development Goals (SDGs), the second generation of global development 15-year plans. She noted that, for the first time ever, the SDGs include migration as a consensus target for development. In fact, the overarching migration goal set out in SDG 10.7 calls on the international community and its member states to "facilitate orderly, safe, regular and responsible migration and mobility of people.” This goal, Bhabha said, “stands in sharp contrast to the prevailing discourse on migration control and alien exclusion. Migration is established as an asset to be protected rather than a danger to be prevented.”

In the long term, conflicts in refugee-producing countries must be addressed in order to stabilize countries and regions and to prevent citizens from wanting or needing to flee, Bhabha said. In addition, environmental and climate disasters that cause people to flee their countries must be addressed. “A whole new architecture of migration management needs to be crafted to address environmental forced migration,” she said. 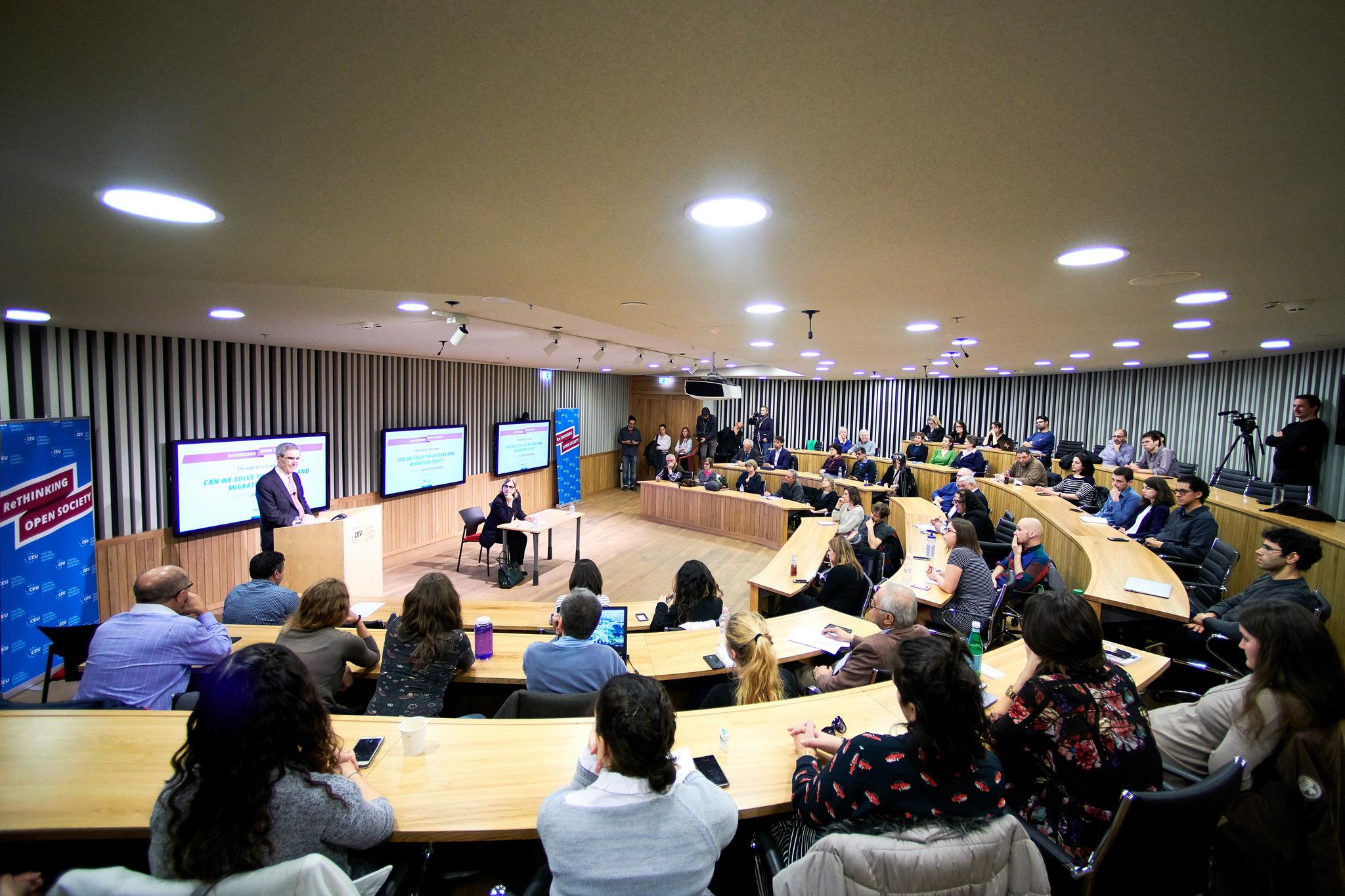 Economic inequality – particularly between the global north the global south – is another driver of migration. A 2017 UN Department of Economic and Social Affairs report states that, currently, international migrants comprise 3.4 percent of the global population, compared to 2.8 percent in the year 2000. In the global north, almost 12 of every 100 inhabitants are international migrants, compared to only two of every 100 inhabitants in the global south. Workers who migrate to the global north earn more money for work and are able to send money back to their families who have not migrated. In fact, Bhabha noted, in 2014, migrants from developing countries sent home an estimated $436 billion in remittances.

Bhabha thinks the solution to making refugee's home countries real options for them economically and otherwise include “well-planned social and economic development, coupled with more equitable trade policies, fairer tax regimes, protection of the rule of law, and good and stable governance.” She sees this ultimately leading to more prosperity, education and skill development. She also believes expanded social-protection schemes constitute a more just, rational and cost-effective way of reducing the pressures to embark on distress migration than coercive border controls. Multi-year, multi-entry visas that would allow easier migration flow across regions would also help alleviate our current humanitarian crisis, she said.

Pointing out Europe's aging working population and decreasing fertility rates, Bhabha suggests migration as one solution to filling jobs. “With a zero net increase in migration, the working age population in Europe will drop by 3.5 percent by 2020, and over the next 50 years, it will decline by 42 million. Immigration undoubtedly constitutes a valuable asset for tackling the demographic challenge ahead.”

Citing the UN's 2016 “Good Compacts” proposal to “facilitate orderly, safe, regular and responsible migration and mobility of people,” Bhabha said that will depend on political will and the ability to face and rectify the real drivers of migration. 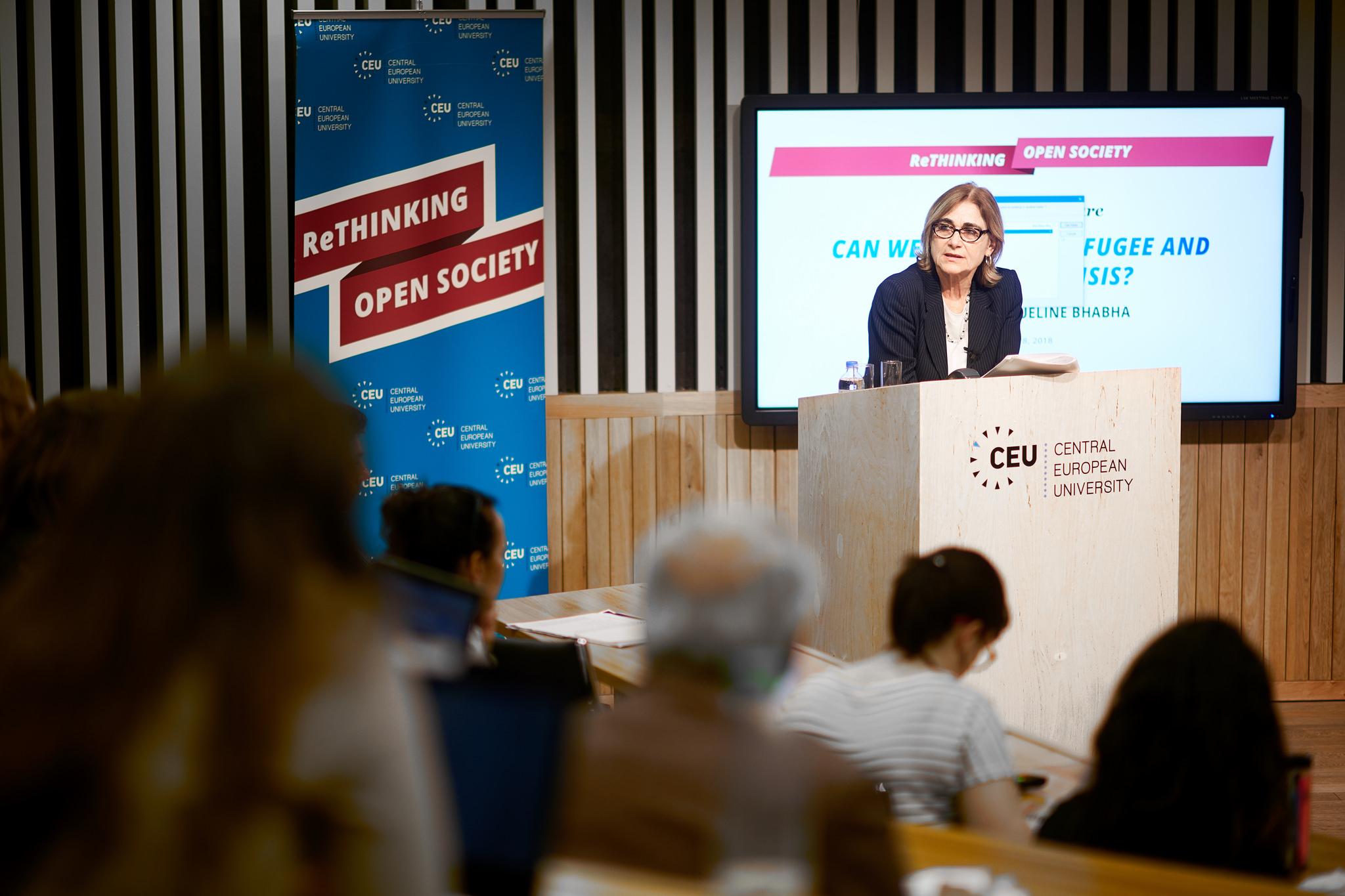 “The draft compacts, currently available, include many good suggestions for stimulating responsibility sharing, increasing access to legal migration routes, building robust alternatives to dangerous irregular mobility,” she said. “Among them are more rigorous safety nets to protect those fleeing violence and other serious threats to life and freedom so that the desperation of Syrians or Rohingya is not repeated. We also need dramatically improved mechanisms for ensuring rescue at sea, for allocating exit visas and generating humanitarian escape corridors.”

In closing, Bhabha emphasized the dearth of educational opportunities for young refugees. She noted that rough estimates suggest that approximately 15 percent of the 232 million contemporary international migrants are under 20. She proposes a significant expansion of flexible student visas accompanied by scholarships and development funded schemes and cited the EU Erasmus Program as a successful precedent. She also believes that mobile information technology and online tools for education have been underutilized and could make a real difference for the future of refugees.

“None of the many reforms I suggest will fix the refugee and migration crisis alone,” Bhabha said. “But in combination, and with concerted efforts to reduce the drivers of global conflict, to preempt the risk of humanitarian and natural disasters, to systematically engage with global inequality of income, educational and employment opportunity, and to take stock of demographic trends in a transparent and constructive way, we can go a very long way to radically reducing the rate of contemporary distress migration and its devastating human consequences.”