May 2, 2018
CEU Planet
Appointments
The Office of the President and Rector 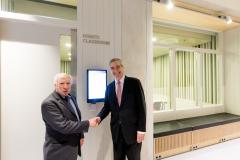 Matthew Nimetz has served on the CEU Board of Trustees since 2006. He was introduced to CEU by Trustee Emeritus Donald Blinken, and began supporting the University as a member of its International Council before becoming a Trustee. He is one of CEU’s most devoted citizens and champions – serving with dedication on our Executive, Nominating, and Finance committees, chairing both the Audit and Development committees, and personally contributing very generously to the University. He has brought a world of expertise to the University through his extensive public service as well as his legal and financial expertise, and his parallel service on the Board of our partner institution, the American University of Central Asia (AUCA).

His distinguished career included serving in various capacities for the U.S. Department of State including Under Secretary of State for Security Assistance, Science and Technology. He also served as President Clinton’s special envoy in the mediation of a dispute between Greece and the Former Yugoslav Republic of Macedonia (FYROM). In 1999, he was appointed special representative of the U.N. secretary general in the continuing negotiations between those two parties. Until recently, he served as COO and advisory director of General Atlantic, a leading global growth equity firm; and previously as a lawyer specializing in corporate and international law.

Professor Margaret MacMillan became the fifth Warden of St Antony’s College in July 2007, and stepped down in October 2017. Prior to taking on the Wardenship, Professor MacMillan was Provost of Trinity College and professor of History at the University of Toronto. In 2006 she was invested as an Officer of the Order of Canada, and in 2016 she was appointed as a Companion of the Order of Canada. In  2017, she was elected an Honorary Fellow of Lady Margaret Hall, University of Oxford. In the 2018 Queen’s New Year’s Honours List, MacMillan was appointed a Companion of Honour (CH) for services to higher education, history and international affairs. 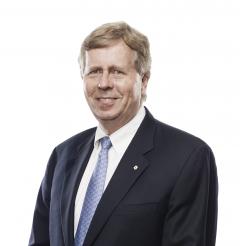 Robert Prichard is Chairman of the Board of Bank of Montreal. He is the non-executive Chair of Torys LLP, a Canadian law firm. He serves as the Chairman of BMO Financial Group and as a director of Onex Corporation and George Weston Ltd. (lead director). He also serves as a member of both Canada's Economic Advisory Council and Ontario’s Economic Advisory Panel. Prichard served as the 13th president of the University of Toronto from 1990 to 2000. He also served as chair of the Council of Ontario Universities, on the boards of the Association of Universities and Colleges of Canada and the International Association of Universities, and on the executive committee of the Association of American Universities. In 2001, he received the David Smith Award for his contributions to public policy in higher education and in 2011 received the Champion of Public Education Award. He has been recognized by appointment as an officer of the Order of Canada and as a member of the Order of Ontario.