Writing on Water: The Sounds of Jewish Prayer

Writing on Water is an attempt to grasp the phenomenon of sound in prayer, that is: a meaning in sounds and soundscapes, and a musical essence in the act of praying. 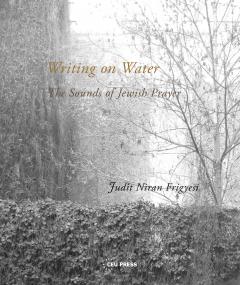 The impetus for the book was Judit Niran Frigyesi’s, associate professor at the Bar Ilan and Tel Aviv Universities, fieldwork among traditional Jews during the era of communism in Budapest and Prague. In that era the Jewish religion and Jewishness in general were supressed; the rituals were semi-secret and became inward-turning. The book is a witness to these communities and their rituals, but it goes beyond documentation.