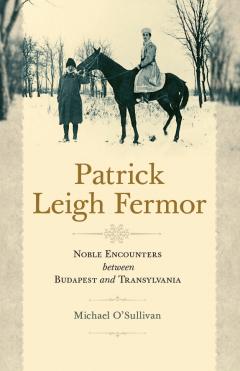 "Patrick Leigh Fermor: Noble Encounters Between Budapest and Transylvania," published by CEU Press (2018) is the extraordinary story of how one unknown young man charmed his way into the castles, manor houses, beds and lives of some of the most influential people in a part of the former Austro-Hungarian Empire which was then on the cusp of tremendous change. This book records the history of a class, as witnessed by an exceptional young outsider in 1934 and also records what happened to many of them once the grim reality of Communism took hold in this part of East-Central Europe. The author, Michael O’Sullivan has had access to the private papers and correspondence of many of Leigh Fermor’s hosts, and has used extensive interviews with surviving members of these old noble families.