While the Bologna process and the establishment of the European Higher Education Area created conditions for university autonomy, steps to codify and protect academic freedom have been neglected, panelists said in a university-wide seminar. The seminar, entitled "University Autonomy and Academic Freedom in Europe: Diverging Paths," is part of a series sponsored by CEU’s Intellectual Themes Initiative.

A focus on procedural and governance issues has taken precedence over the core value that academic freedom represents in a democracy, according to research by Liviu Matei, CEU's provost and professor of public policy, and Julia Iwinska, researcher at CEU's Elkana Center for Higher Education as well as director of strategic planning. 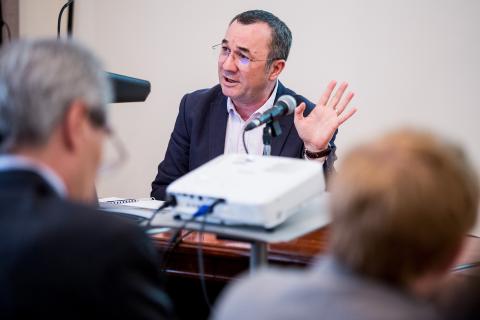 The focus on procedural issues was the case with the amendments to Hungarian higher education law known as lex CEU, objections by the Venice Commission in its criticism of the legislation, as well as the European Commission in its infringement proceedings against Hungary. 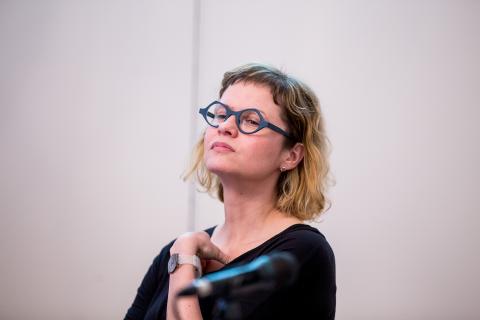 “The Venice Commission didn’t say anything about academic freedom,” Professor Renata Uitz of the Department of Legal Studies said in her introductory remarks. “We are talking about formal rule of law objections without explaining what is really at stake.”

Matthias Mahlmann, chair of Philosophy and Theory of Law, Legal Sociology and International Public Law at the University of Zurich and currently a visiting professor at CEU, said that it is time to “rethink the foundations” of the liberty we assign to the pursuit of scientific inquiry. In the current environment, where dogmatism and irrational arguments run rampant, it is an important task to move beyond institutional autonomy and find a way to the core value of academic freedom. 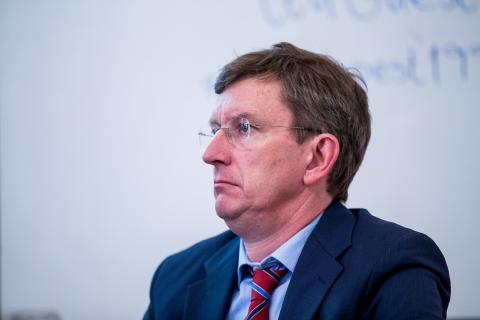 Matthias Mahlmann, chair of Philosophy and Theory of Law, Legal Sociology and International Public Law at the University of Zurich and currently a visiting professor at CEU. Photo: CEU/Kepszerkesztoseg Zoltan Tuba.

“Universities represent a protected space of thinking which is not bound by material interest and political power,” Mahlmann said. “It is a space where you are allowed to think, where if thinking shatters beliefs about the universe, about our origins, about our political beliefs, about our religious affiliations, whatever it may be, we are not bound by any authority to think in a certain direction. This is a huge cultural asset, space that is very precious in society because there are not many spaces left where this is the case.”