The assumption that an open international economy leads to or supports open society is in trouble, said renowned political economist Dani Rodrik during his conversation with CEU President and Rector Michael Ignatieff on May 17. Rodrik, invited to Budapest to receive the John von Neumann Theory Prize at Rajk Laszlo College for Advanced Studies, delved into the issues that face international markets as the world's political landscape transforms.

“When Adam Smith was laying out his arguments for his system of natural liberty and an argument for free markets, he was also very clear that a market system is based on a system of public order,” said Rodrik, Ford Foundation Professor of International Political Economy at Harvard's John F. Kennedy School of Government. “Over time, the nature of market society has changed and evolved. It's no longer simply a tolerable system of administration of justice, extensive safety nets, and regulatory apparatuses to take care of the extremes of markets. As long as those complimentary institutions are in place, I think there is a harmonious balance between a market society and an open society – in a political sense this can, perhaps, be achieved. It's difficult to extend this idea in the international sphere. What about allowing the same system – a free market – into free trade between nations? Where is the system that backs this up? We don't have any of the mechanisms of stabilizing, regulating & legitimizing markets internationally as we do domestically.”

Tension builds, Rodrik said, in the absence of underpinning systems of public order combined with the overreach of multinational companies vying for profit without restriction, or at least limited restriction. He believes fundamental problems of advanced economic globalization arise when multinationals attempt to create an international equivalent of domestic public order that works to their benefit – for example, through an investor state tribunal system or rewriting of domestic financial regulations. 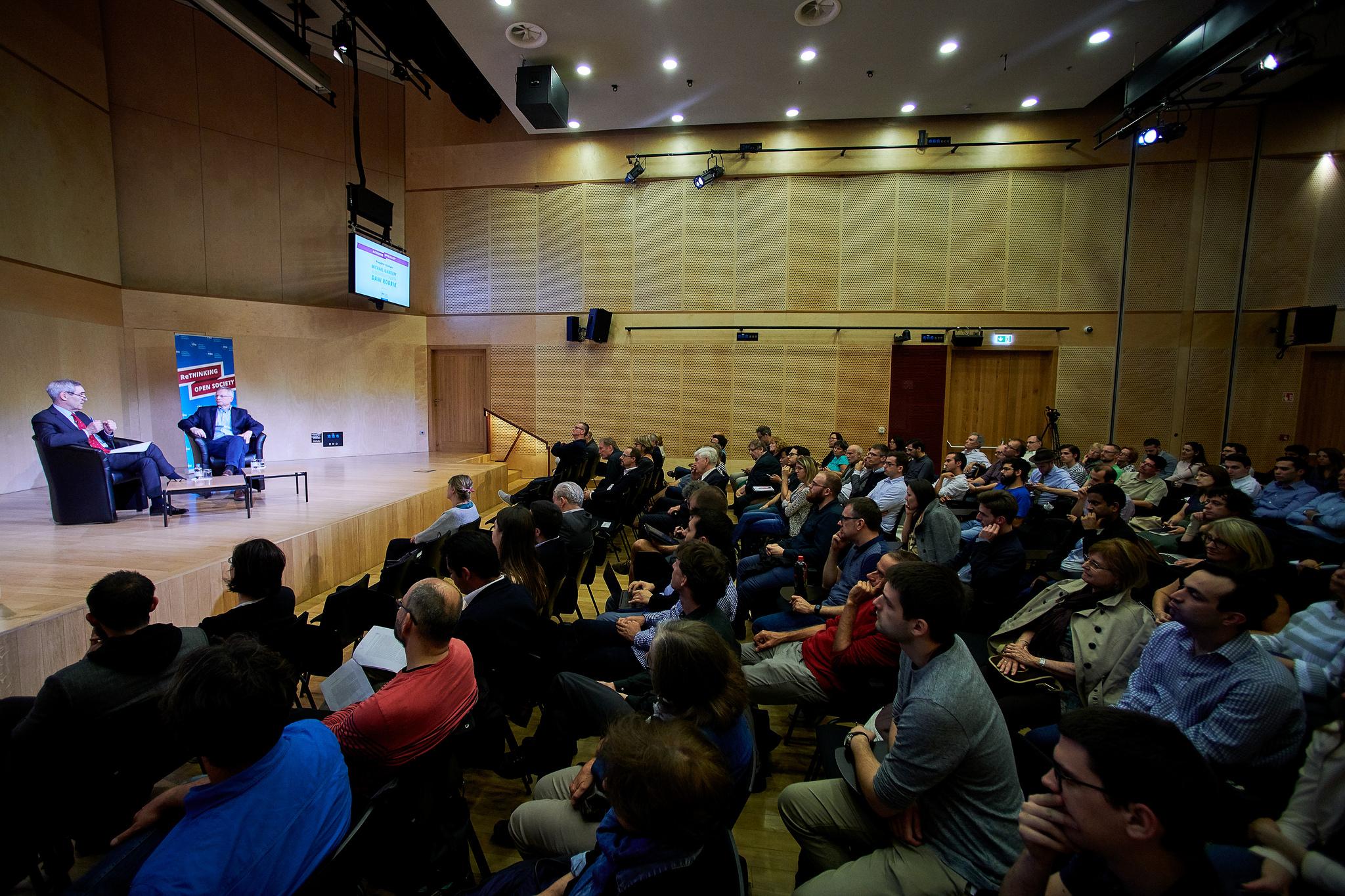 “To put it concretely, if I want to maximize the amount of trade and foreign investment I want to have, I essentially have to commit to pursuing economic policies that are never going to impose any restrictions – explicit or implicit. I may have a different tax rate or different regulations than my partners,” he said. “If I'm responsive to this – if my monetary policies run so that I have completely fixed exchange rate, I'm essentially hemming myself in in terms of what I can do. It's not that national sovereignty disappears, it's that the public order that's required to maintain freedom of international trade and capital is provided by a national sovereign but for the purposes only of maximizing international trade/investment. So when the domestic claimants come and ask for different policies, that would mean giving up on the parity.”

He noted that there is intense criticism that the economic pressure imposed by globalization has “opened the door to an inordinate amount of evasion of taxation by large corporations.” Since the leaks of both the Panama and Paradise Papers, individuals and corporations have been exposed for evading taxes by hiding hundreds of billions of dollars in offshore entities. To fight this illegal and damaging practice, Rodrik suggests a plan first outlined by Berkeley economist Gabriel Zucman. Zucman suggests that governments simply apply a tax to large international corporations that is the share of their global profits that corresponds to their domestic sales. For example, if you are in the U.S. as a large corporation with 50 percent of your sales in the U.S. market, the government would take your global profits, multiply it by 50 percent, and that would be the share of your profits that are going to be taxed in the U.S. This can be done unilaterally, Rodrik said, and corporations cannot avoid it by booking profit in other jurisdictions, because it is based on a corporation's global profits.

Moving forward with this framework would certainly create a political problem. Rodrik noted that there is a powerful narrative that corporations must be kept relatively happy and, if they aren't, they will spend millions of dollars lobbying against these rules that would force them to comply with tax laws.

Another major political issue – the rise of nationalism around the world – can certainly be connected in large part to recent economic crises, Rodrik noted. He mentioned the painful fractures that arose in the EU as a result of wealthier countries judging poorer countries and harsh austerity measures being instituted. “This fanned the flames of nationalism,” he said. “This is a crisis of interdependence; if the Greeks over-borrowed, then the Germans over-lent!” Rodrik thinks the post-crisis era could have been a time for community building and strengthening of economic foundations that could have led to more European solidarity, but it might not have been politically expedient for Merkel and other leaders facing elections.

Economic anxieties that both kinds of populism – left and right – are built on are not that different, Rodrik said. The decline of the sense of economic opportunities for the working class and the social distance between the working class and elites has grown. "Those anxieties don't necessarily come with an attached narrative – these are added by politicians," he said. He believes we are at a point where we need to re-envisage how our market societies are going to work and he prefers to see a kind of left-wing populism that tends to be more inclusive as opposed to a right-wing populism that essentially lives off of ethnic & religious or ethno-nationalistic cleavages. 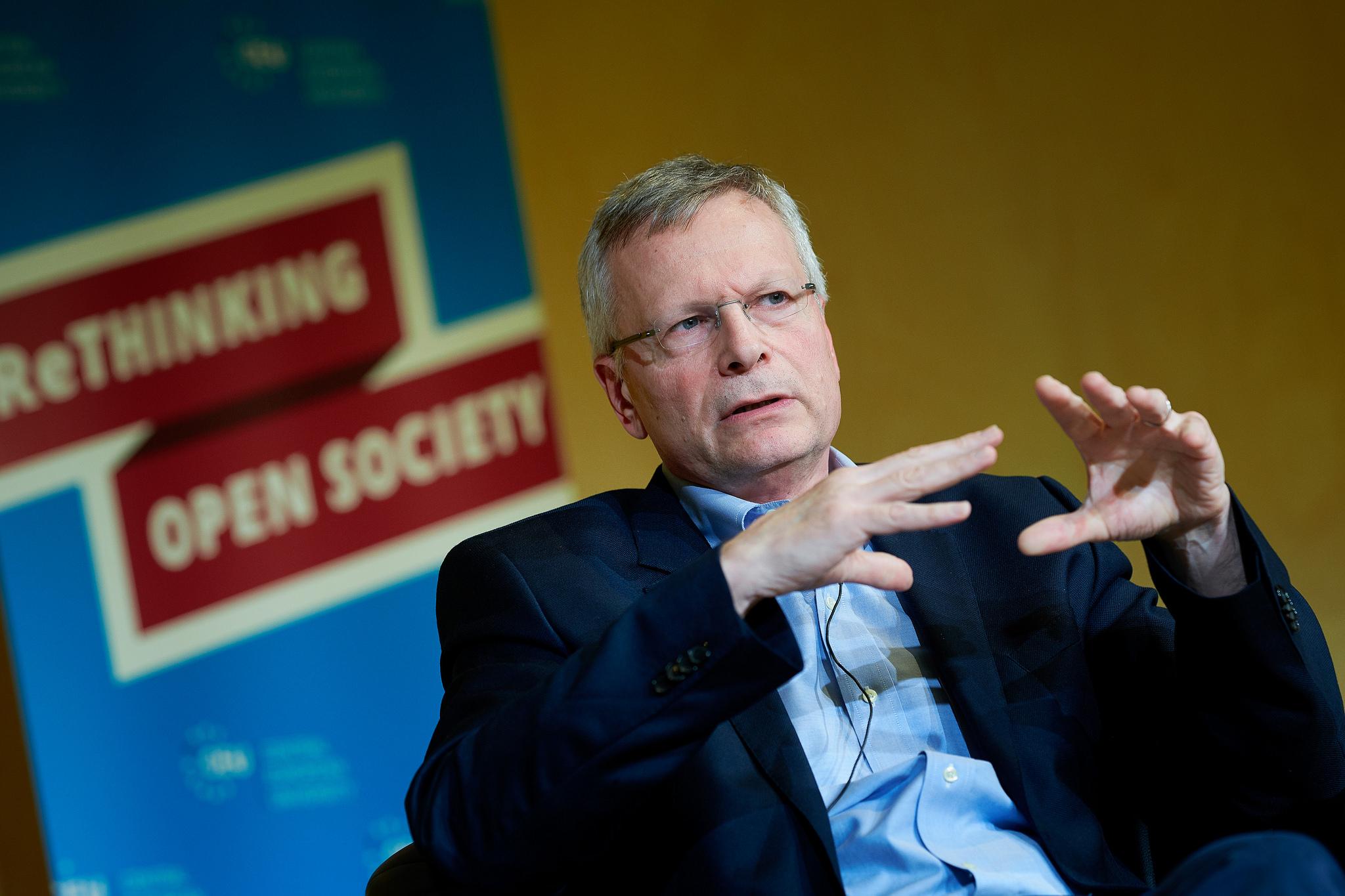 So what is the way forward for positive international growth and investment? Rodrik believes we should look to the General Agreement on Tariffs and Trade (GATT) model that was formed after WWII.

“When you think about it, it's really amazing that it worked at all,” Rodrik said. “It didn't have any enforcement and it had a very limited set of rules. And developing countries could do whatever they wanted. Under the parameters of GATT, world trade grew rapidly as well as investment. One interpretation is that precisely what GATT did was set expectations, limited regulations at the border but also provided the space for developing countries to build their economies and developed countries to build their own welfare states and contracts. You can't have global economy thrive if the nation states aren't thriving. A global system of rules has to be built on a system that enables that.”

The event was co-sponsored by Rajk Laszlo College for Advanced Studies and was part of CEU's ongoing Rethinking Open Society series.