Hosted by the Dean of Students' Office, the competition featured presentations by 10 CEU doctoral students covering a wide range of research topics, from the cognitive processes of babies through bank bailouts to ethical farming. Each student had 180 seconds to give a compelling presentation on their thesis and its significance.

The participating doctoral students were: 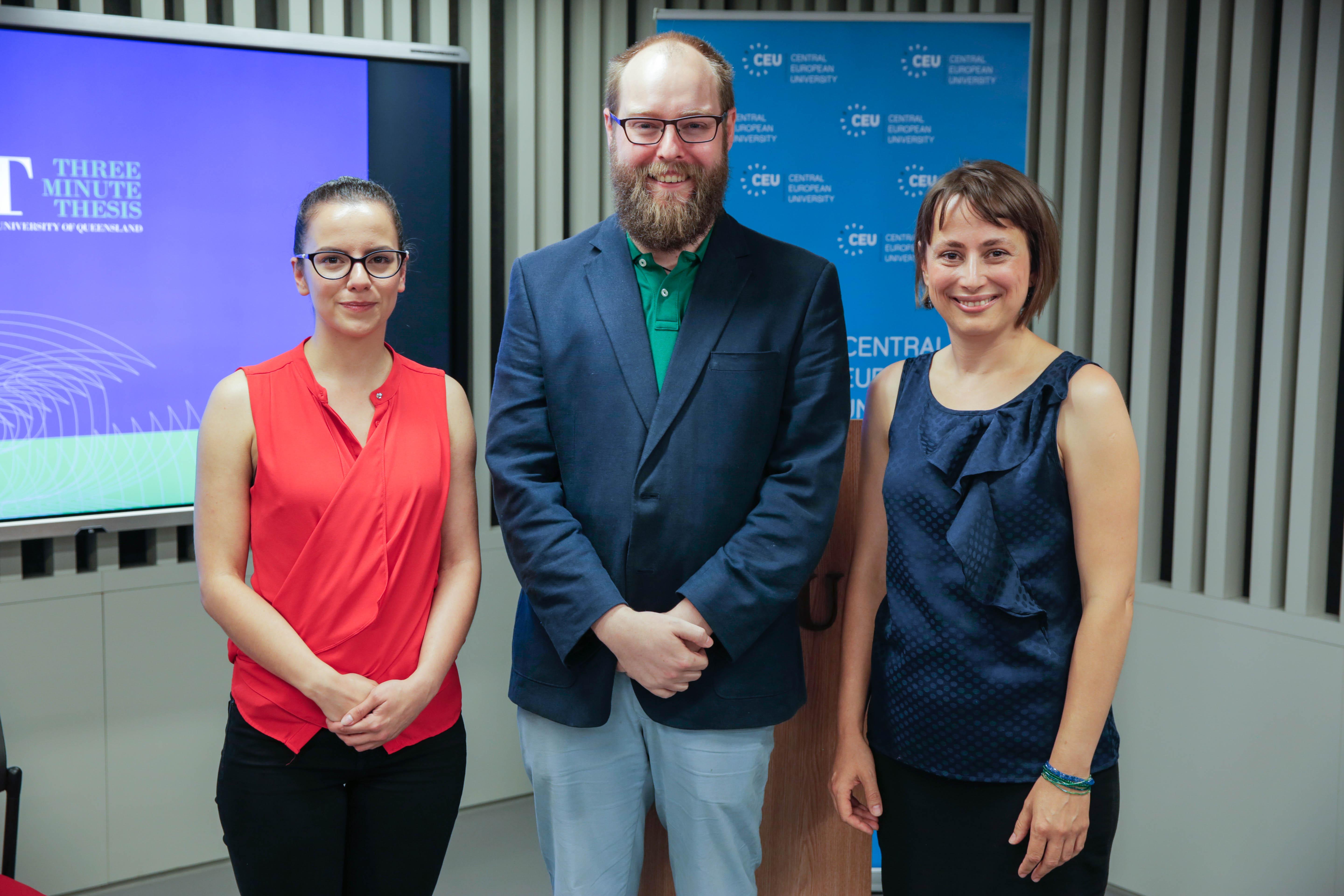 Knox put forward compelling arguments about why sixth-century letters can be analyzed as social media, drawing similarities between Donald Trump’s Twitter feed and his medieval primary sources.
Molnar reflected on how much farmers have to work to be able to buy seemingly affordable goods, and shed light on how critical farmers are of industrial food production methods.
Tikosi gave an entertaining presentation about investment optimization.

The first 3MT was held at The University of Queensland in 2008 with160 PhD students competing. Enthusiasm for the 3MT concept grew and its widespread implementation by universities has led to the development of an international competition. Competitions are now run in over 200 institutions internationally.