Central European University (CEU) refutes the series of inaccuracies in an article in Hungarian daily Magyar Idok published today. CEU operates an academic program with Bard College, launched in the interest of CEU students, which fulfills the Hungarian higher education legislation requirement to conduct ‘educational activity’ in our home country. The U.S. authority regulating educational activity, the New York State Education Department, has repeatedly confirmed its registration and approval of this program in the state in direct correspondence to the Hungarian authorities, and CEU has released this information publicly on more than one occasion.

"This is a malicious attempt not only to discredit CEU but to discredit the American regulators who have repeatedly confirmed that we conduct educational activities in the U.S.,” said CEU President and Rector Michael Ignatieff. "This campaign of disinformation needs to stop. CEU complied over a year ago. It is the Hungarian government that is making a solution impossible.”

As CEU has also said, Hungarian officials Laszlo Palkovics, then Secretary of State for higher education, and Kristof Altusz, Special Envoy responsible for the negotiations between the Hungarian government and the State of New York, visited CEU's premises in New York in April 2018. There they saw with their own eyes and clearly confirmed that CEU is conducting educational activities in the state of New York. Attached is a photo of the visit, and a list of participants can be found at the end of this release.

Since the launch of that program, CEU has expanded its academic activities in New York. This semester, second-year students in CEU’s MA in International Relations program are studying with CEU faculty and working in internships at well-known international organizations. These students also earn credit toward their U.S.-accredited degree.

CEU also conducts a study abroad program with Bard College, bringing American students to Budapest to study at CEU. This program has been in existence for a number of years and must not be confused with the Inequalities Program launched recently in New York for CEU students. Unfortunately, Magyar Idok confused the two programs.

Attached you will find a letter from Jonathan Becker, one of two Directors of CEU’s US programs. The NYSED letters can be found here and here.

List of attendees at Hungarian official visit to CEU NY, in the photos:

Prof. Dr. Laszlo Palkovics
(then) Minister of State for Education
Member of the Hungarian Academy of Sciences

Leon Botstein
Chairman of the Board, CEU 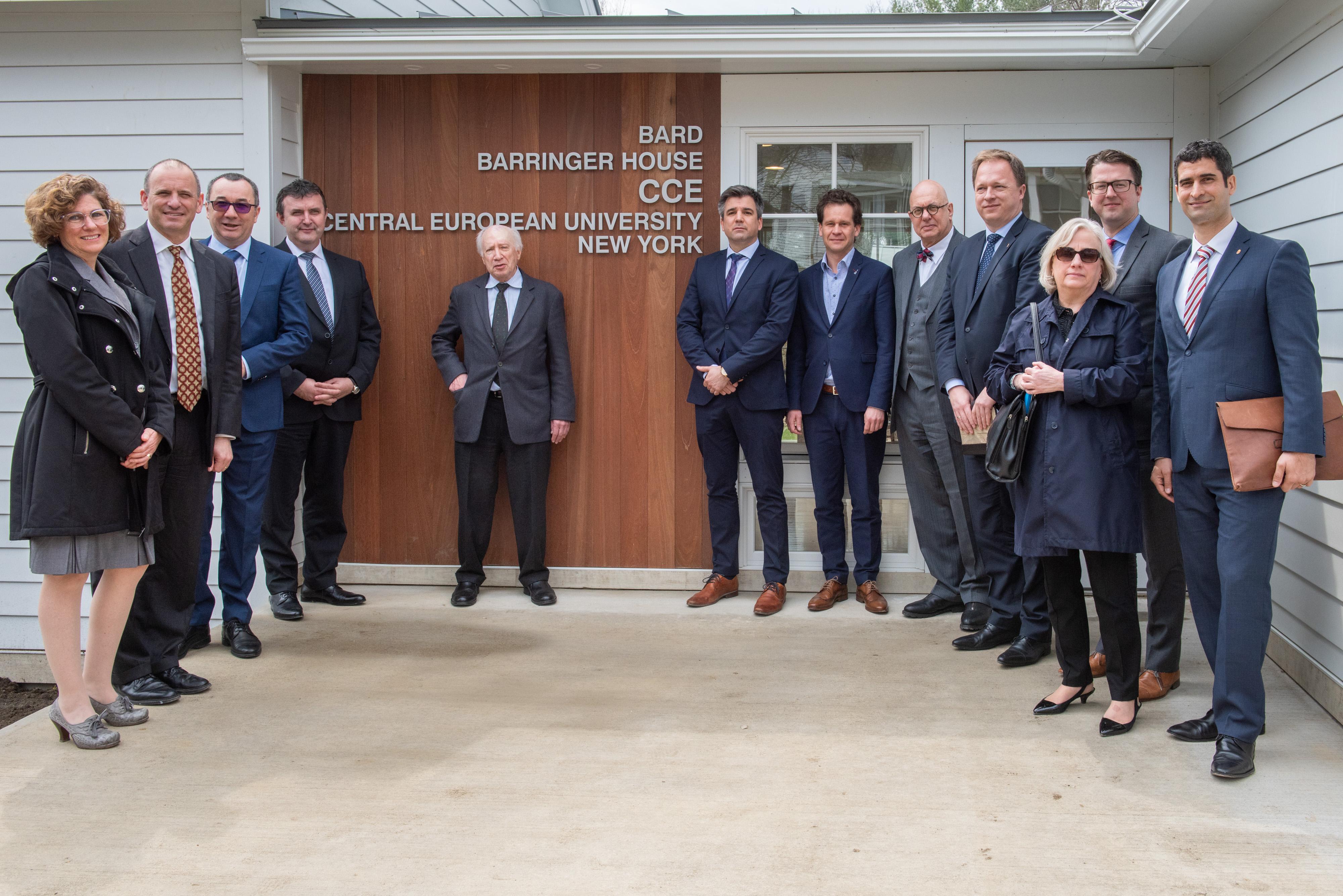 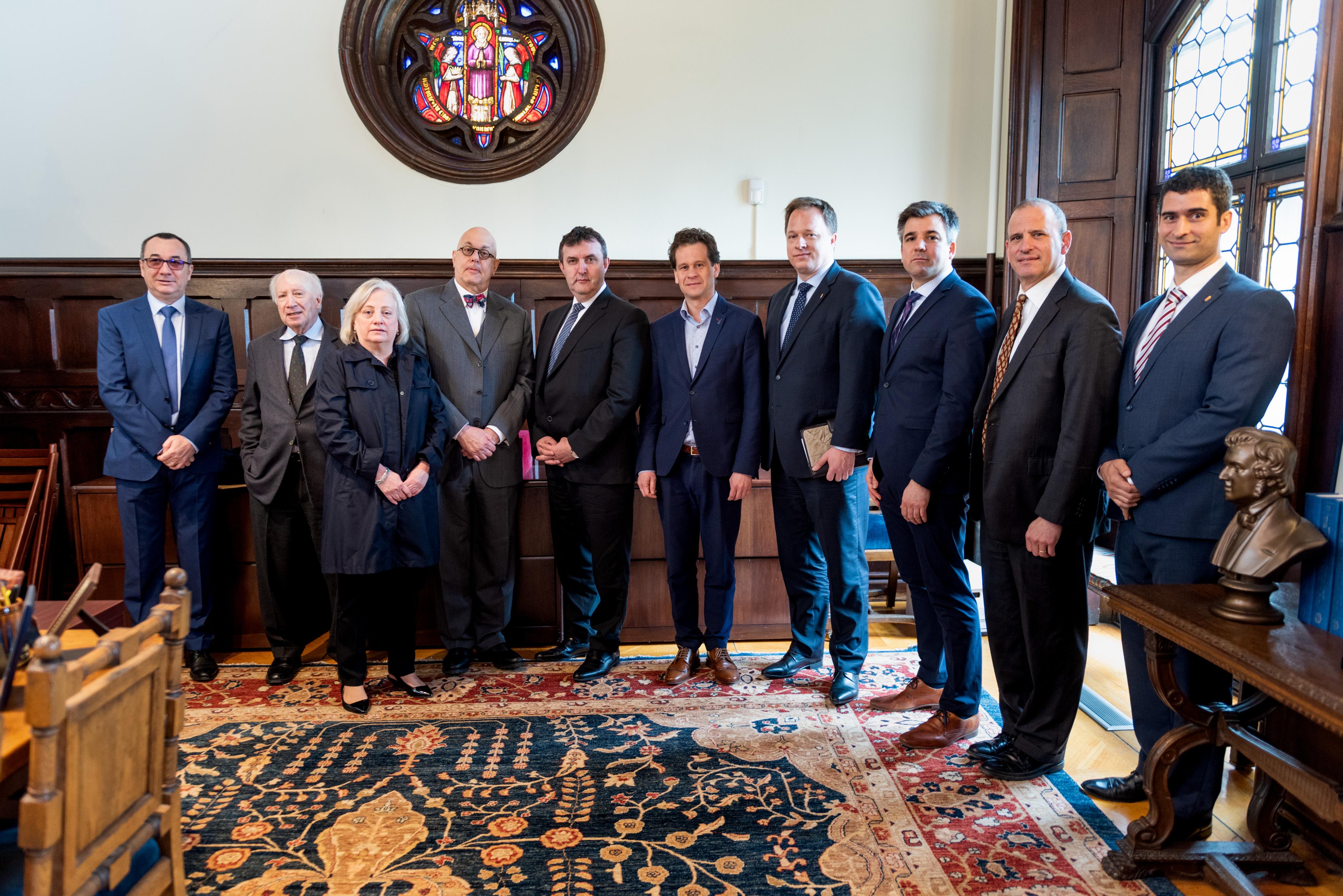