Infants younger than 11 months are able to recognize exchanges of speech-like communication between two entities and attribute agency to those entities, according to new research by two members of CEU’s Department of Cognitive Science.

In the paper “Variability of signal sequences in turn-taking exchanges induces agency attribution in 10.5-mo-olds” published in PNAS, Tibor Tauzin, a post-doctoral researcher, and Professor Gyorgy Gergely find that infants assign agency—or the ability to act—to unfamiliar entities when those entities “communicate” with each other by taking turns making variable sounds, as humans do when conversing. When two entities make repetitive sounds that do not resemble the auditory patterns of human speech or when only one entity makes sounds, the infants do not assign agency to the entities.

“These results suggest that even pre-verbal infants are sensitive to some abstract properties of communication, which may help them to acquire their first language and to learn from others from very early on,” said Tauzin. 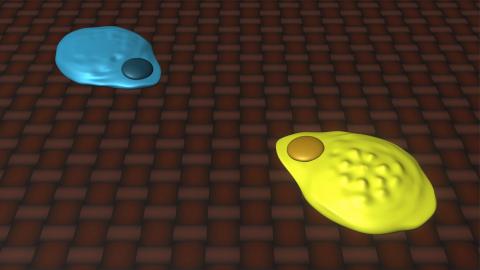 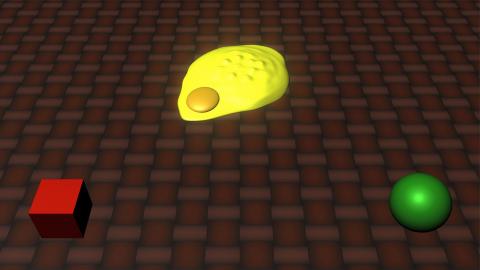 To reach this conclusion, the researchers conducted an experiment with 144 pre-verbal infants using animated videos and cutting-edge eye-tracking technology. Each infant watched videos where two entities take turns emitting either variable, speech-like sounds that suggest an exchange of new information or identical, predictable sounds that did not suggest an exchange of information (Figure 1).

After watching these videos, infants were then shown a second type of video where one of those entities changes its position on the screen to face towards a stationary, target object while facing away from a second, non-target object (Figure 2). The researchers then measured whether the infants followed the movement on the entity and looked at the object the entity faced towards.