Lessons for Today: Women in the Hungarian Arrow Cross Movement

Researching women in Hungary’s conservative and far right organizations in the early 2000s, CEU University Professor Andrea Peto interviewed a number of neo-Nazi women for whom “time had stood still.”

The stories they shared with Peto—and even the physical spaces they occupied—appeared to exist in a world untouched either by the horrors of the Holocaust or by the subsequent punishments meted out by people’s tribunals. “Frequently during these interviews, I thought I could be sitting in a living room in 1938 or 1941. It was obvious that what had taken place during the Second World War and afterwards failed to leave any mark on these women or impact on their family stories,” recalled Peto.

Since those interviews took place, Hungarian women have continued to join conservative causes, far-right parties and paramilitary organizations that frequently evoke the nationalistic, racist and anti-Semitic rhetoric of the 1930s and 1940s, exemplified in Hungary by the country’s Arrow Cross Party. 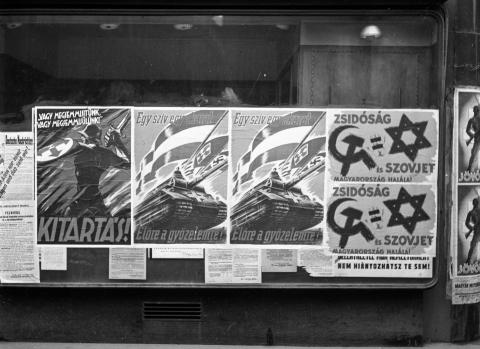 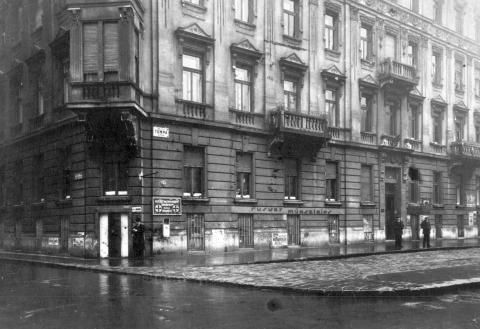 The headquarters of the Arrow Cross Party in Budapest. Image credit: Fortepan / Donor.

To gain an insight into what attracts these women to far-right movements, Peto has turned to Hungary’s past. She details some of the country’s darkest moments in Invisible Perpetrators: Women in the Hungarian Arrow Cross Movement. “If we want to understand the current resurgence of far-right politics, then we have to look at the history of these movements,” she said. “This is not coming out of nowhere: the history of the women in the Arrow Cross has a very important relevance to the present.”

A far-right nationalist political party that rose in popularity even as the Second World War was ending, the Arrow Cross Party came into power on October 15, 1944, when Admiral Miklos Horthy’s attempt to break the alliance with Nazi Germany was prevented by a German-orchestrated coup. During the party’s violent six-month rule, its members murdered and deported to concentration camps tens of thousands of Hungarians, most of whom were Jews.

Invisible Perpetrators examines the crimes committed by women in the Arrow Cross Party and the punishments meted out to female perpetrators by the people’s tribunals set up after the Second World War. Ignored both during their time and in our historical recollection of the period, these forgotten women are brought into focus through Peto’s research and historical analysis.

The women who joined the ranks of the Arrow Cross Party had a range of motives, from those seeking solely to enrich themselves to doctors facing discrimination in the labor market. The party might indeed have offered opportunities to common criminals—but it also attracted women marginalized politically or professionally.

“The racist and anti-Semitic radical far-right offered these women a space. They said, ‘If you want to change the world, come join us.’ And some women listened and joined,” explained Peto. 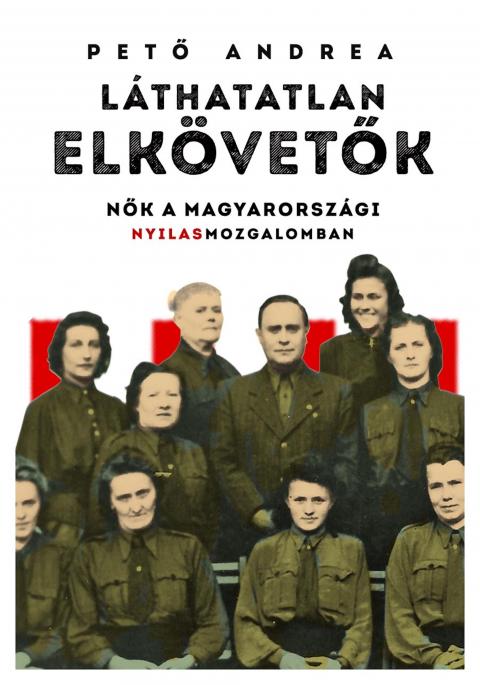 The Arrow Cross Party was the first political organization to formally acknowledge—and plan to protect women from—sexual harassment in the workplace. This stemmed from the anti-Semitic narrative that Hungarian women needed “protection from” Jewish employers, but nonetheless recognized a serious social problem affecting women.

Women from formerly Hungarian areas that were divided among other nations in the Treaty of Trianon following the First World War made up a third of the party. “Many of these women who found sexual harassment, discrimination, exploitation and precarious employment unbearable could have joined trade unions, the social democratic party or even the illegal communist party, but they didn’t because of the strong revisionist nationalist feelings they held,” said Peto.

When the Arrow Cross Party first gained political power, certain groups of women reacted very differently, according to Peto: “Some of the medical doctors and regular party members withdrew membership, while others used this as an opportunity to enrich themselves, even actively participating in interrogations and killings. They also reported Jews in hiding to gain access to their property.”

Invisible Then and Now

As Peto’s work exposes, women’s participation in the Arrow Cross Party was sidelined and made invisible. This erasure impacted the outcomes of the people’s tribunals held after the war ended and continues to impact our understanding of the era to this day.

“Even though these women were very active, not only in politics, but also in the civil sphere and the subculture and network, they are very difficult to trace. They are invisible,” said Peto.

This invisibility has no single locus, but comes from at least three separate sources, according to Peto: political party structures, historical scholarship and feminist scholarship.

“This invisibility is structural and also historiographical. It comes from the structures of political parties—unfortunately, it doesn’t matter whether it’s the Arrow Cross Party or a socialist party, the gatekeepers are always men. It comes from the bias of historical scholarship, which disregards these women. Fascism studies and also perpetrator studies focus on the important men, and research on the extreme right and far right focuses on men as actors. It also comes from feminist scholarship, which tends to look at the women we love, and not the problematic women we hate.”

Several women were indeed executed for their crimes following the tribunals, and Peto raises questions about why these specific women became symbols of the party in scholarship and were the exclusive recipients of punishment.

“The interrogations and justice system focused on those who were considered the ‘normal criminals.' The gender bias of the people’s courts basically left the doctors, artists and intellectuals who were supporting the movement out of the picture,” said Peto.

As Peto points out, this exclusion—from history and from punishment—not only has the effect of clouding our collective knowledge of the crimes committed by Hungarian women during the Second World War, but also clouds our understanding of why women join far-right movements today.