Thirty years after the fall of the Berlin Wall, several of the key players gathered at CEU’s Vienna campus to discuss the events of 1989. Former U.S. Secretary of State Madeleine Albright, former Foreign Minister and Vice Chancellor of Germany Joshka Fischer joined former Minister of Foreign Affairs of Bulgaria Daniel Mitov to debate how 1989 can help us avoid new walls today. In a wide-ranging discussion, the distinguished panel also covered the effect of digital technologies, Donald Trump’s presidency, the role of NATO and the spread of populism.

CEU President and Rector Michael Ignatieff, acting as Chair, pointed out that: “we want to look backward, in reflection on what happened in 1989, but we need to look forward to talk about how we deal with the challenges of the future.” 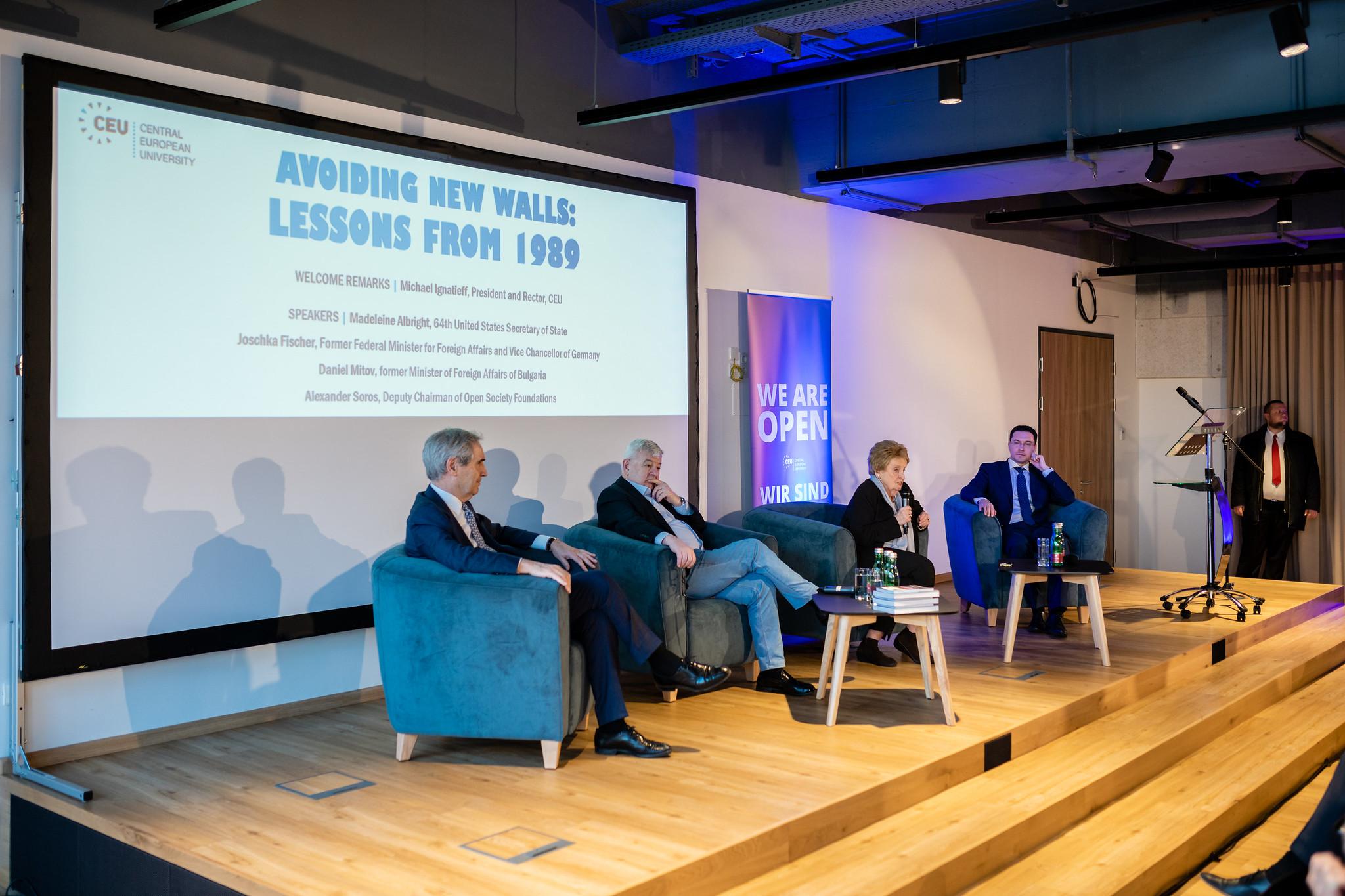 Opening the event, Vice President of the Open Society Foundation and CEU trustee Alex Soros explained that today is a “trying time for the idea of open society”. Mentioning the new walls and barbed wire fences being erected on the U.S.-Mexico border and also along the Southern border of Hungary, he added that there is: „an obvious other metaphorical wall, one erected by Viktor Orban, to keep out academic freedom from Hungary itself”.

„Open society can still win. We can avoid new walls so long as we are to open to new opportunities and avenues of engagement and to fight the new threats to open society with the new tactics available for us.”

Concluding his introductory remarks, Alex Soros explained that each year Madeleine Albright and the Aspen Ministers Forum chose a different world city as venue. „This year they chose Vienna specifically to be here in solidarity with CEU”. 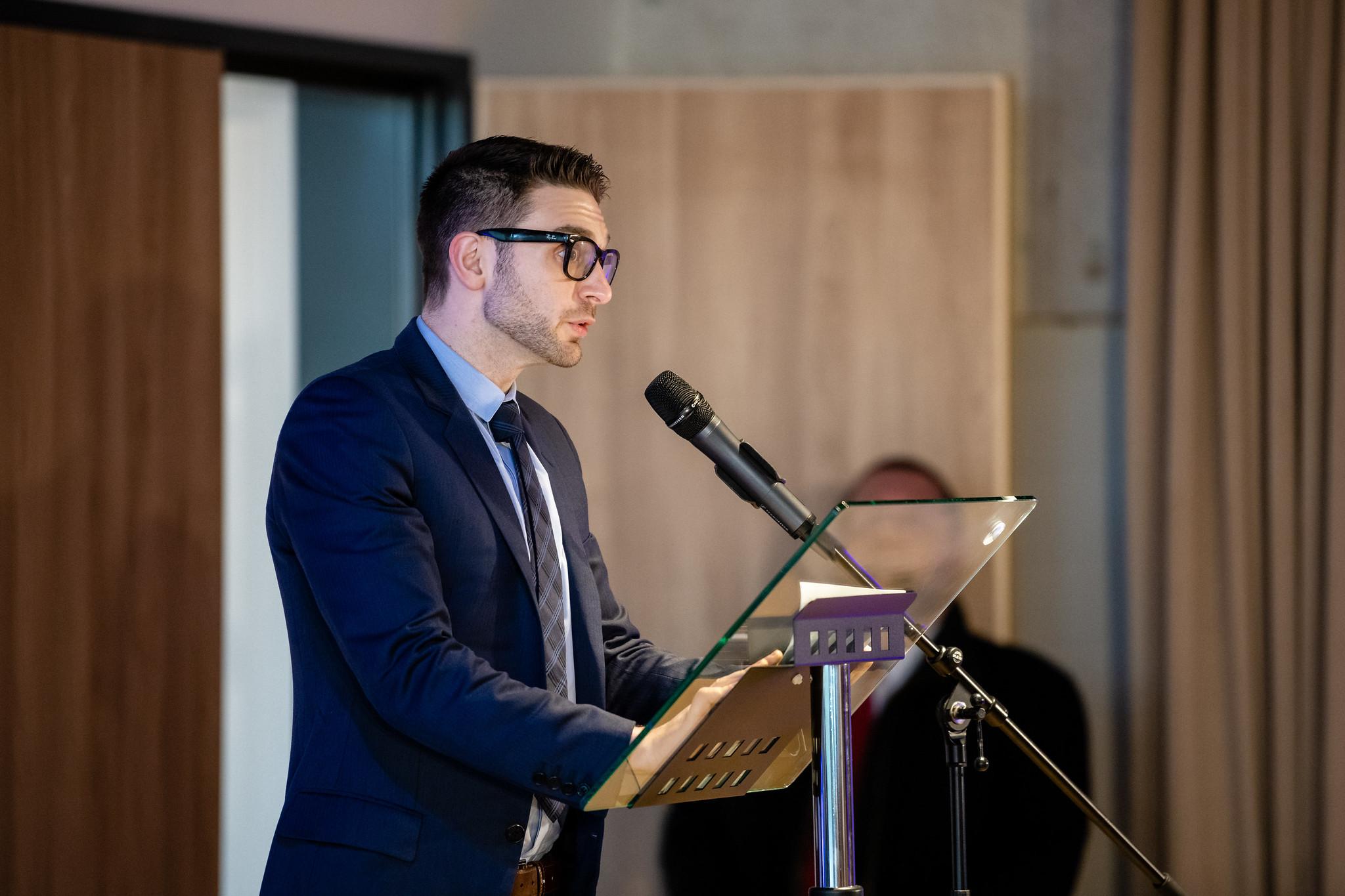 Taking the stage, Former Secretary of State Albright said that she has been watching the Central European region with sadness recently: „Hungary is the best example of the worst. I met Viktor Orban in 1989 when he was everybody’s favorite dissident and I have been trying to figure out what went wrong with him”.

She mentioned several issues that the West, according to her, failed to grasp in 1989 and that contributed to the spread of nationalism in the region. First, the West did not fully understand how deeply authoritarianism penetrated these societies. She also mentioned that privatization happened too quickly. „We in the West spent too much time dealing with the elites and did not think about how ordinary people lived”.

In a subsequent interview for this feature, Albright noted that “CEU is a remarkable institution because it was created, in a way, to bring the openness of education to a part of the world that basically was limited in many ways, and education is the best way, obviously, not only to open people’s minds but to open them to opportunities.”

Joshka Fischer started his remarks by stating that the three decades since 1989 have been a great success story for Eastern Europe and the Western Balkans. The European Union had a significant role in this by improving economic conditions and infrastructure using regional funds, cohesion funds and the common agricultural policy. „The solidarity between East and West is really a success story” he said.

„What went wrong? Compared to the generation of 1945, the generation of 1989 had neither the courage nor the perspective to understand that this was the moment to create a “new world order.” With the collapse of the Soviet Union and the Iron Curtain it was clear that the old world order - the result of two world wars, specifically the Second World War - would not exist any more” he explained. 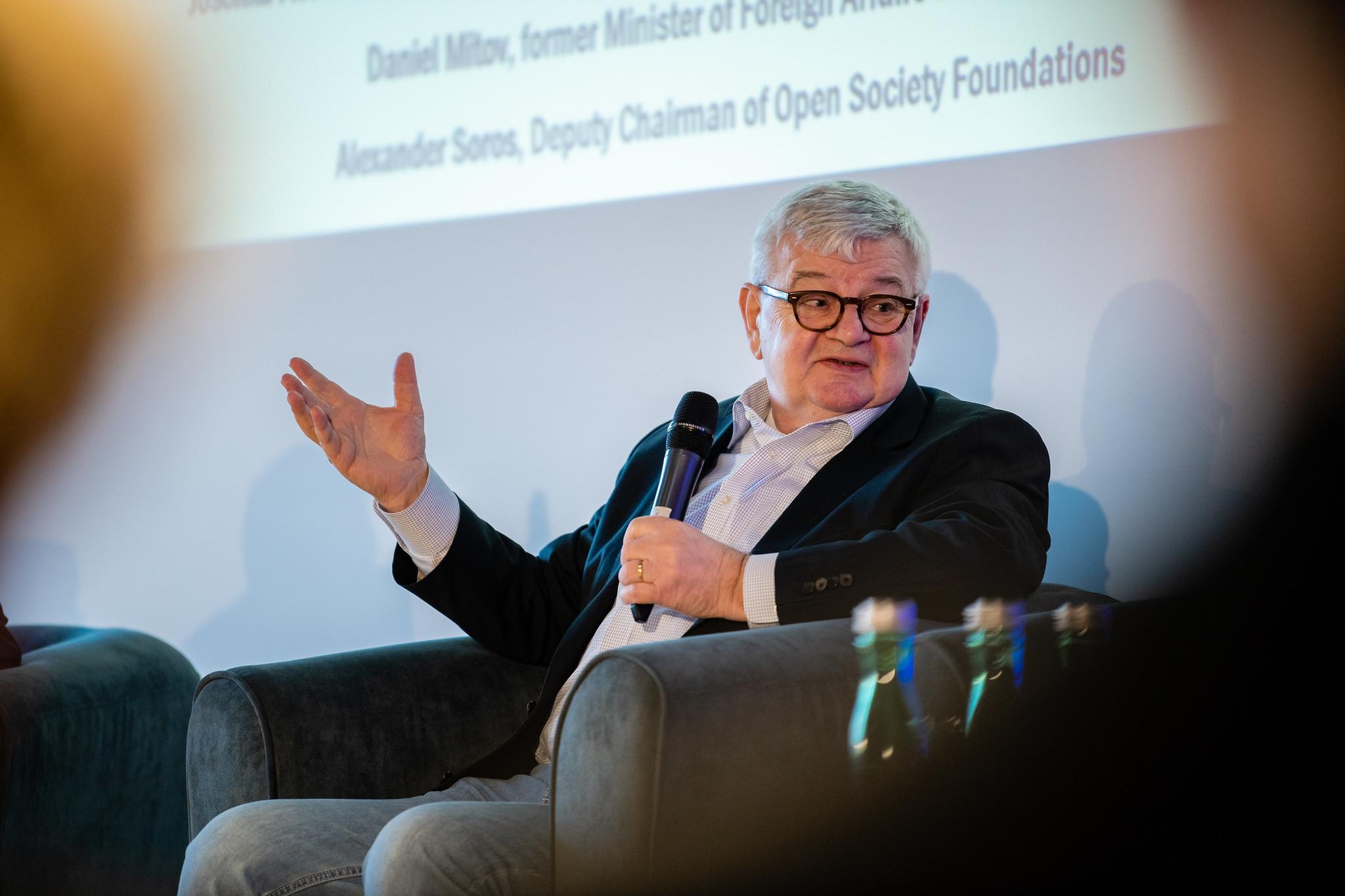 According to Daniel Mitov, the Soviet Union looms large for many in Eastern Europe. „It’s a matter of generation”.

The former Bulgarian Minister of Foreign Affairs explained that previously communist countries should have dismantled the state security apparatuses more thoroughly. Instead, many security networks remain alive to this day, finding their way into the top business and political circles of their countries, and maintaining regional relationships.

Another mistake was to overly concentrate democratic transition on the creation of a free market. „We underestimated the importance of the judicial reform” he said, explaining that this should have been done prior to, or in parallel with the development of the free market. Pointing to Bulgaria, Mitov noted that „we never really managed to create a free media environment” and that oligarchs subsequently managed to take over the media – a scenario replicated all over the former Soviet Union.