“Should I stay or should I go?” - A Student's Quarantine Diary

by Catherine Wright, first-year MA student in the Department of Political Science

A Letter from Your Neighbor

On March 13, the Hungarian government announced that all universities would be closed to prevent the spread of Covid-19. As a master’s student at Central European University and a foreigner in Hungary, myself and many other international students were faced with a decision: Should I stay or should I go?

There were two waves of student exodus from CEU – the first in an initial panic after the announcement of campus closures. The second came about one week later when governments and administrations realized this was going to last much longer than first anticipated. We started to face the fact that we really would not be returning to campus for the remainder of the academic year.

I made and re-made the decision to stay in Hungary “until this blows over” I kept saying. Although I’m not sure any of us know what that means, when it could be, or what it may look like. Even when travel becomes safer and I return home, I, like many, know that this virus and its effects will be with us indefinitely.

International students are perhaps uniquely prepared for this lifestyle. We willingly chose to move across many countries, and sometimes oceans, to pursue graduate study, which is already a sort of self-induced social isolation. We are already used to keeping in touch from a distance and thesis writing is anyways a solitary activity.

Hungarian classmates have helped keep us astride news and developments. Professors, staff, and students have created a network to ensure we are provided with translations of the COVID-19 press conferences. The head of my department makes himself available every day online for questions and support. The trickle of final coursework and the looming thesis deadlines (although generously extended) keep my days busy and my mind, sometimes, distracted. 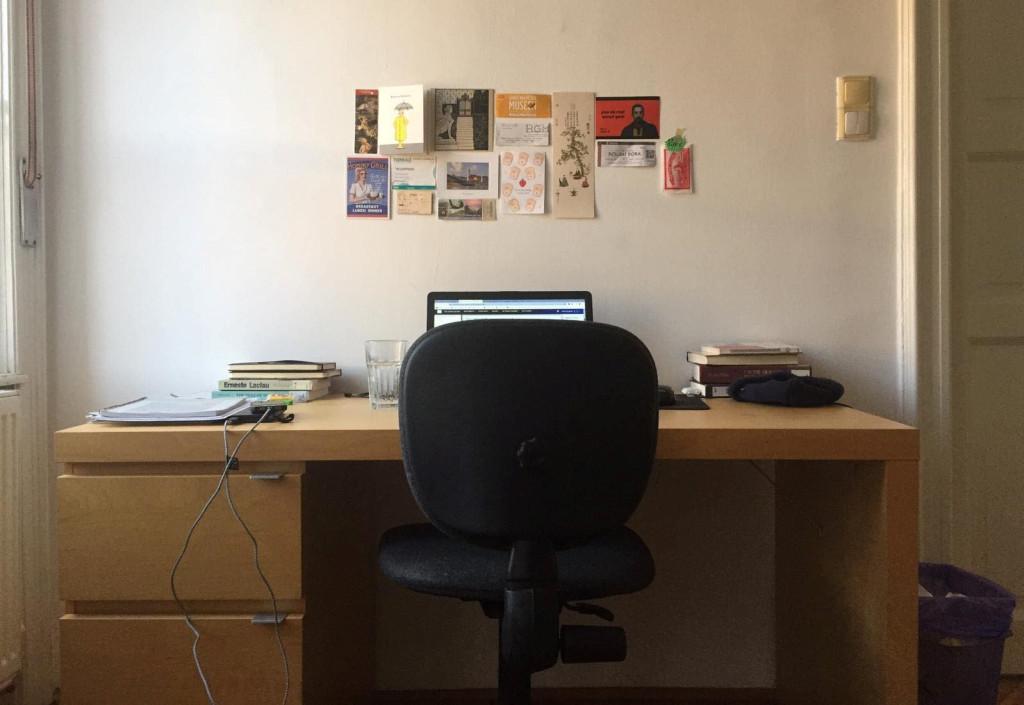 How long will I be your neighbor in Budapest? Like many of our worries, uncertainties, and pending papers, for now, I believe it’s a question for tomorrow.

I recently discovered that my home state of North Carolina and Hungary are approximately the same size both geographically and by population. NC’s first case appeared on March 3, Hungary’s on the 4th. As I write this on March 29, NC has more than double the cases of Hungary (and no, we aren’t doing double the testing). Messages from loved ones in the United States have moved from panic and worry to solemn fear as days press on.

I feel safe enough here, and so far, my family is safe too. Watching the virus explode across the Atlantic is strange but the news that my country’s healthcare system is crumbling, or that the Trump administration is handling the crisis poorly comes as no shock. These structural problems are not unique to the U.S.. I imagine we all share the feeling of watching a snake tighten its grip around someone’s neck, powerless to stop it, no matter where in the world we reside.

Even before the crisis, I would often wonder what home would feel like after a year away. Now, we collectively wonder – wonder what countries we will emerge into after this ends and if anything will be the same.

I chose to stay. I am not trapped here, although leaving would require significant resources and determination. How long will I be your neighbor in Budapest? Like many of our worries, uncertainties, and pending papers, for now, I believe it’s a question for tomorrow. I hope to be a good neighbor in the meantime.

Link:
The original article at Kafkadesk