A Year in Retrospect by Glenn Mills

by Glenn Mills, Alumni Scholarship recipient in the Department of Medieval Studies

In March 2019, after a lengthy period of deliberation, and having lived my whole life in the British Isles, I decided to accept my offer to study at CEU. The decision did not come without reservations. Having spent the previous four years studying in St Andrews, a small university town on the east coast of Scotland, I found the prospect of living in not one but two vibrant metropolises a tad intimidating. My misgivings were amplified by the fact that the 2019/20 academic year would be an especially turbulent one for the university, as it fought to preserve its posterity and principles in the face of intolerance. I discussed the decision with my friends, family and professors, all of whom were supportive. My mother in particular always trusted my judgement, even when I did not quite trust it myself. In the end, the decision was made, the flights were booked, and I had taken my first step on a new academic journey.

Shortly after midnight on August 28th, I landed at Ferenc Liszt Airport and made my way to the CEU Residence Center. Hauling my typically overpacked suitcases to my room on the second floor, I switched on the light and was greeted by the drowsy gaze of my new roommate, Debraj. Not an ideal first encounter! We stayed awake for around half an hour, making the usual awkward small talk. In time, a friendship grew as we discovered that we had common intellectual interests, compatible senses of humour and a mutual curiosity about the other’s culture. I’ve appreciated his company, whether it be during our various outings to Belvedere Palace and Danube Island, or simply our late-night conversations over a glass of wine with Queen playing in the background. 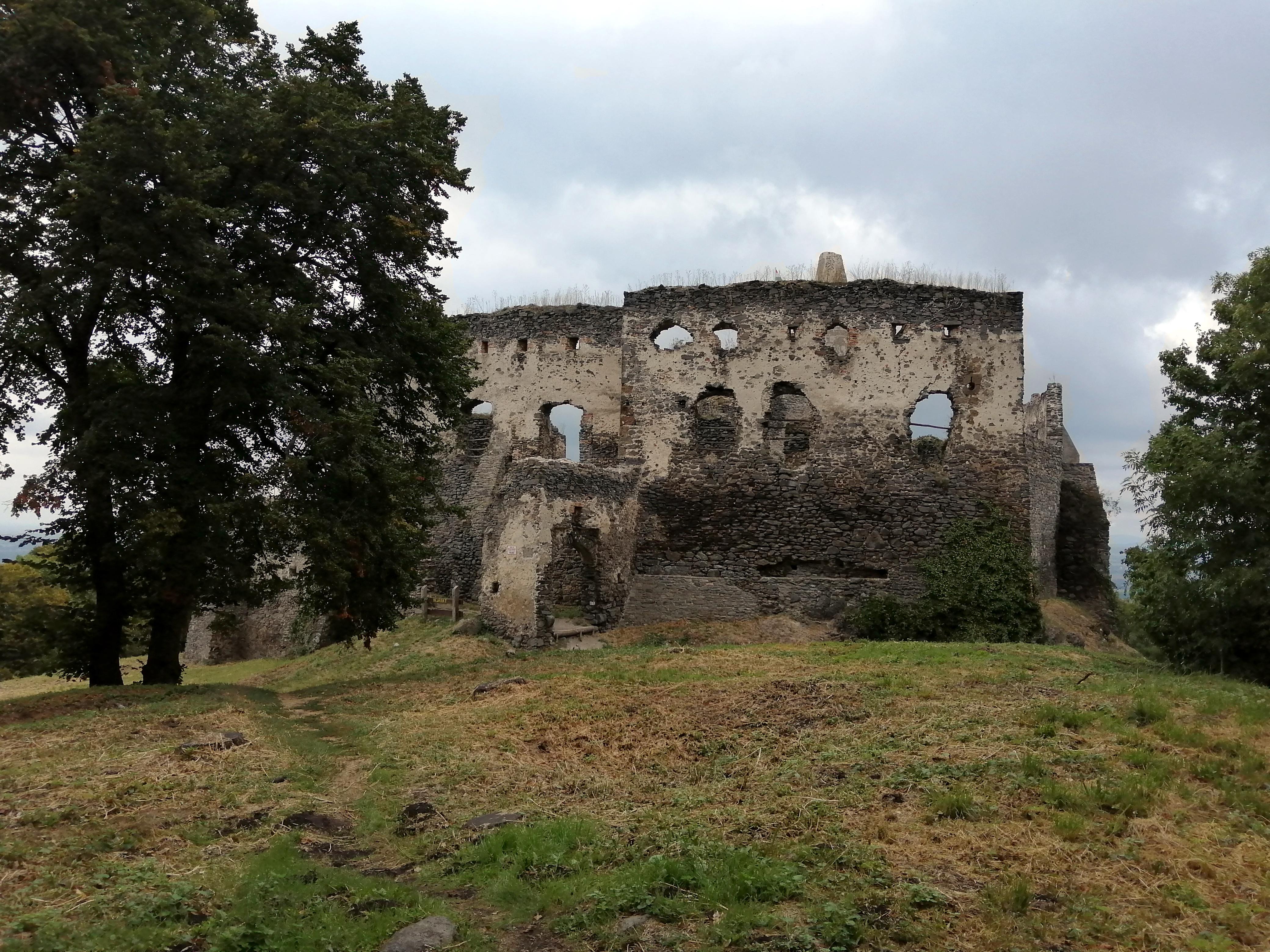 The orientation week introduced me to my colleagues and professors in the Department of Medieval Studies, culminating in a weekend field trip to the Transdanubia region in which we were treated to snapshots of Hungary’s rich heritage. Among other sites, the itinerary took us to the city of Szekesfehervar, famous as the original burial place of St Stephen, whose reconstructed sarcophagus is housed next to the ruins of the Basilica of the Assumption of the Virgin Mary. A visit to the Karolyi Palace introduced us to nineteenth-century classicist and eclectic architecture as well as granted us a glimpse into the life of the Hungarian nobility, while another stop at the fortress of Somlo exposed us to the more rugged, defensive edifices which testify to Hungary’s invasion-ridden history. The trip’s highlight occurred during our overnight stay at the Martineum Academy in Szombathely, where we were treated to a wine tasting interspersed with historical re-enactments performed by the students (I played an unconvincing parody of Alaric the Visigoth). This verdant region of vast planes and undulating hills is the buffer zone between the two countries which I have called home for the last year, and the opportunity to explore it alongside the people with whom I would develop lasting friendships has been an especially meaningful one.

Classes kicked off the following week and I got my first taste of CEU’s academic environment. What struck me most about our curriculum was the wide freedom of choice and capacity for interdisciplinarity work. While officially a medievalist, I found myself taking courses and attending workshops on anthropology, GIS, visual studies and languages. I was discussing authors that I would not have considered in the past and thinking about complex problems through entirely different frameworks. For their part, the faculty were approachable, treating us less as students and more as colleagues. A special acknowledgement must go to Professor Katalin Szende, who stood out to me as one who made a concerted effort to get to know each of her students’ backgrounds and research interests, and tried wherever possible to integrate these interests into her classes.

At the end of September, I joined the first cohort of students in the new Vienna campus. I attended the opening ceremony in what was a watershed moment for the university, marking the fruition of years of diligent planning. CEU founder George Soros delivered a moving speech in which he extolled the virtues on which the university was founded: social responsibility, academic freedom and international cooperation. The speech was met with an impassioned standing ovation in what was, for me, a moment of profound communal pride. 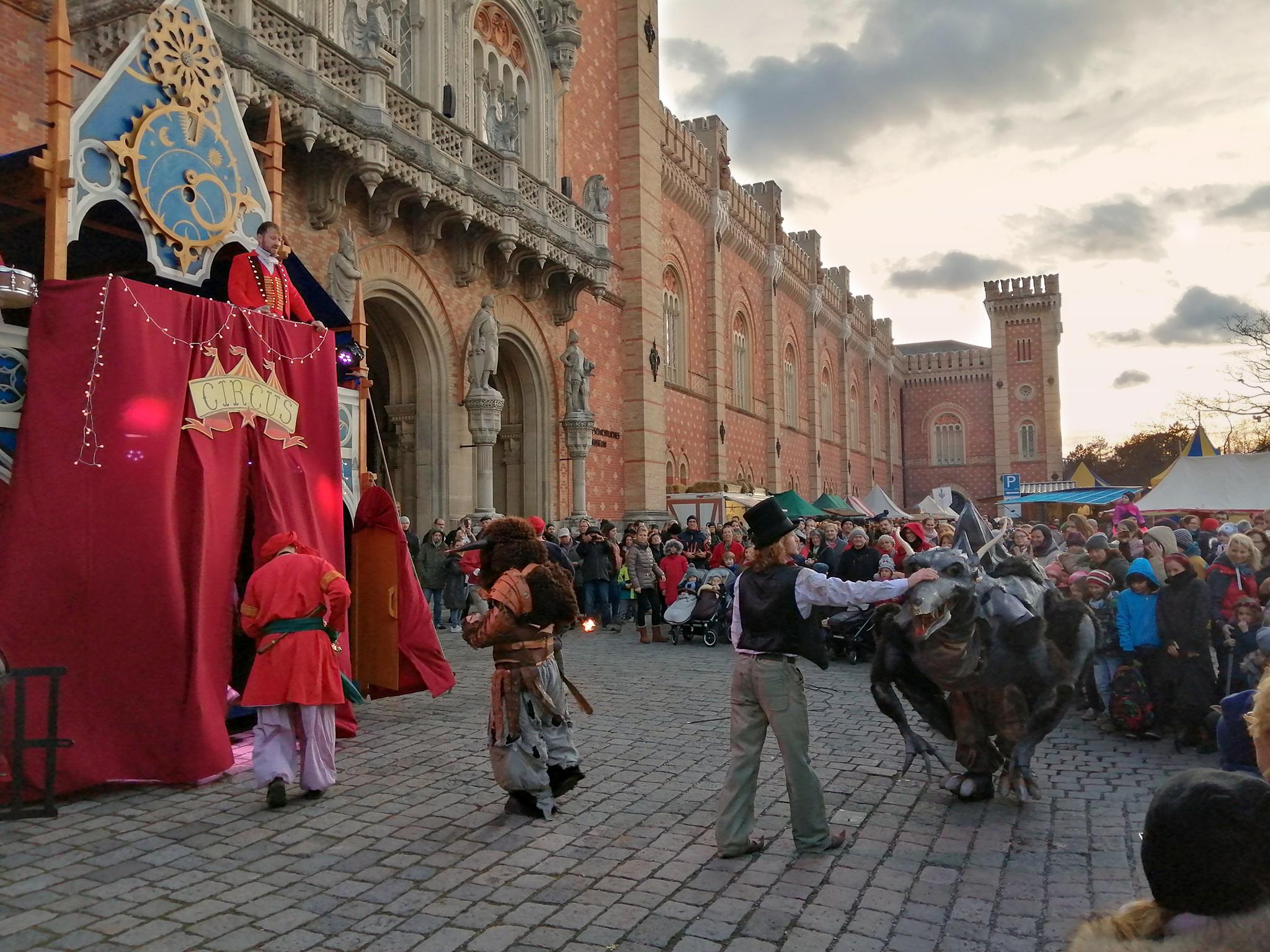 By this point in the semester, the workload was really starting to increase, but between busily preparing papers and class readings, I still found time to experience Viennese culture. Undoubtedly, the true magic of the city was felt on the approach to Christmas when the various plazas were converted into festive markets. The Medieval Christmas Market, next to the Museum of Military History, was an obvious must-see, featuring surreal performances of chivalric tales, traditional drink recipes, minstrels performing folk music from around the world, and an oddly friendly Grim Reaper who reminded us of the importance of finding comfort in one another. The fall term was brought to a fitting close in the Christmas Market of the City Hall Square, where I gathered with a handful of other students to make CEU’s Season’s Greetings video at a time of the year which celebrates new beginnings.

It was during the second half of the academic year that everyone’s circumstances took an unexpected turn. For most of the semester, it seemed to be business as usual. I was back in Budapest, well rested and eager to start a fresh set of courses. The much-awaited Medieval New Year Party had reunited us following the break. I continued to tick off places in the city that I had not got around to visiting in September. Another trip, this time directed by the Center for Religious Studies, took us to Mohacs to celebrate the Busojaras festival. On Valentine’s Day, I made my first abortive attempt at ice skating at the Marczibanyi Sportcentrum. All the while, the insidious threat of COVID-19 was steadily gaining media attention. 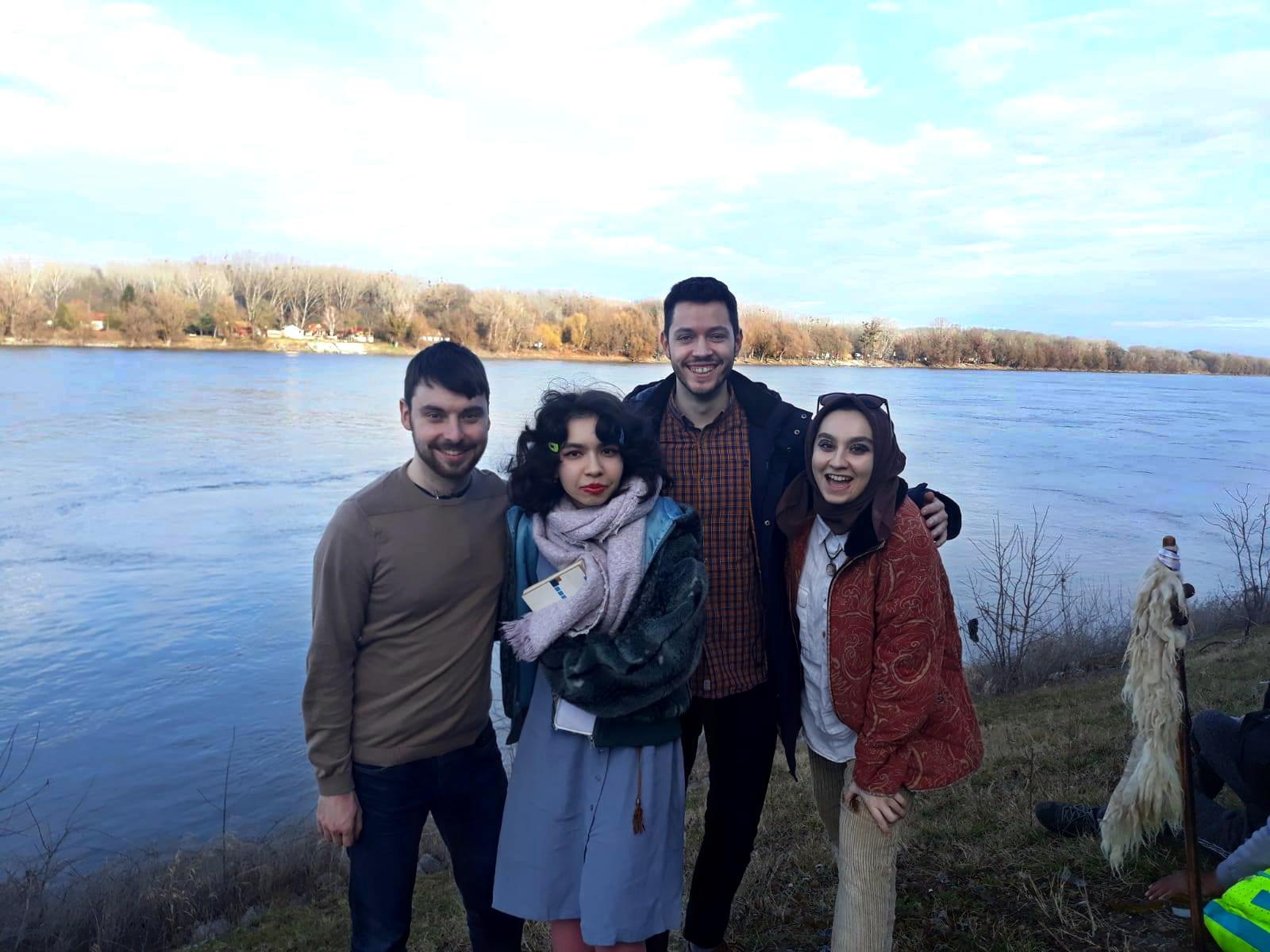 At the Mohacs Busojaras Festival

Like many others, I was initially dismissive of the virus, thinking it little more than an aggressive cold. But as time went on and the tragic mortality figures surged, the harsh reality became harder to ignore. Many of us could see it coming and our suspicions were confirmed when the president formally announced that the university would transition to online teaching for the remainder of the year. Every day, more students were making the decision to return to their home countries and, following a lengthy conversation with my mother, I soon decided to follow suit.

As challenging as this new period was, it made me even more conscious of the valuable friends, colleagues and professors I had met at CEU. My favourite course of the year had only three students and I was relieved when the instructor, Professor Anna Somfai, offered to continue our weekly meetings after the course had officially ended. These short periods of company with like-minded people really helped me through a difficult time and I would like to thank her for this kindly pastoral gesture. Another special word of mention must go to fellow medievalist Agnes Font, who took on the unofficial responsibility of checking up on her classmates by arranging regular “Zoom parties.” Following the easing of lockdown measures, she took the lead in arranging various excursions in and around Hungary as a way of celebrating the gradual return to normality. While I could not be a part of them, the photos were a precious reminder of the place I have fallen in love with over the past year.

By way of closing, I would like to extend my gratitude to the CEU staff who have provided me with valuable advice and experience over the year, in addition to facilitating my skills and interests. Krisztina Sebok and Gabi Emszt from Student Recruitment always found time for the student interns, despite juggling the recruitment process for our new BA programmes. Ann Gagliardi as director of Career Services was always eager for me to get on board with various events and workshops throughout the year, while my own career officer Jamie Hoversen offered valuable advice when it came to summer internships. Last but not least, Nura Khodzharova, coordinator of the Alumni Scholarship Programme, has worked especially hard organising get-togethers and ensuring that the recipients got the absolute most out of their experience.