The facade of CEU’s 11 Nador Street building was recently ornamented with a memorial plaque dedicated to the inventor Andor Goy, who played a significant role in designing a mass-producible ballpoint pen.

The English and Hungarian plaque honors the work and memory of Goy, whose business machine company Goy and Kovalszky operated in the building from 1929 until its nationalization in 1949. Goy, the director and co-owner of the company, began experimenting with ballpoint pens in 1938, which eventually led to the creation of the first Hungarian ballpoint pen, the “GO-PEN”. As is so often the case, however, the Hungarian inventor had to fight for as long as he lived to receive the royalties earned from his invention.

The concept of a ballpoint pen and certain prototypes had already existed in the 19th century, but they were unworkable since the problem of ensuring a consistent flow of ink to the ball had yet to be solved. To overcome this obstacle, Andor Goy developed a precise and innovative system that provided a neat and constant flow of ink, thereby making the ballpoint “GO-PEN” – which revolutionized handwriting – ready for use in everyday life. 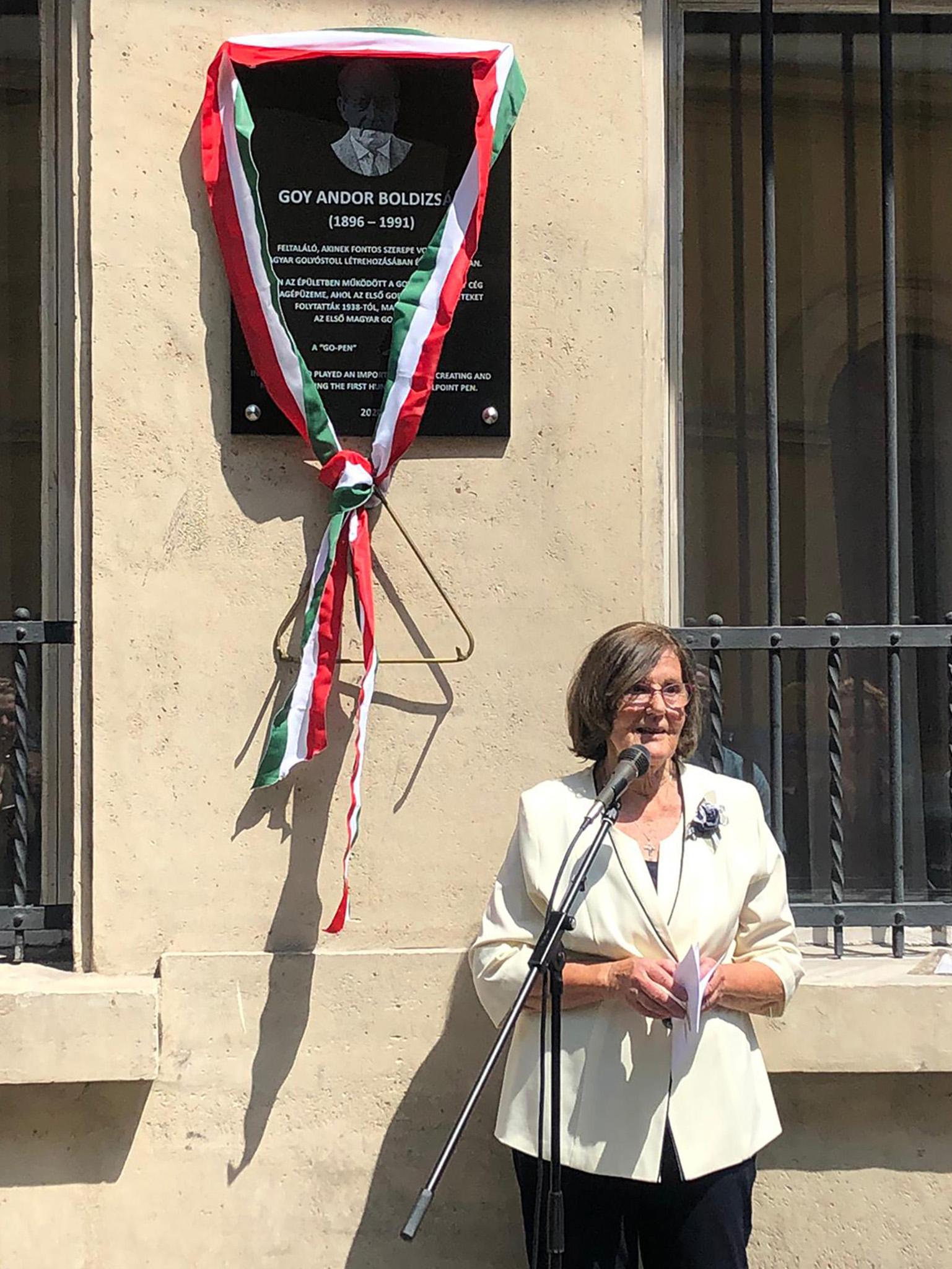 “My father not only had indefeasible merits with respect to the creation and production of the ballpoint pen,” Krisztina Baloghné Goy said in her speech, “but it was also in this building where they experimented with a new typewriter that was capable of replacing the lead used in the machines, which garnered him his international reputation. It is my great pleasure that after so many years we were able to erect a monument to recognize his talents.”

“This building was home to a Hungarian hero who is mostly unknown in our country, despite the fact that he should be acknowledged equally alongside his co-inventor László Bíró for the worldwide success of the ballpoint pen,” Zsolt Enyedi emphasized. “Andor Goy did not receive the recognition from his country that he deserved. He struggled his way out of poverty, and by nationalizing his company in 1949, the Stalinist regime forced him back into it. The story of Andor Goy is also one of political powers that very often fail to recognize the activities of those who do the most for their communities.”

Enyedi noted that CEU strongly supported erecting this memorial plaque and that the university feels a moral obligation towards preserving the memory of great Hungarian inventors. “The preservation of cultural heritage has always been at the heart of our university,” he continued. “That is why we recently launched a master’s program dedicated to this topic. CEU has actively participated in Budapest’s heritage protection program from the very beginning, and preserving historical heritage was a priority as we renovated our buildings.”