Marking the official opening of the Austrian university academic year, Austrian Federal Minister of Education, Science and Research Heinz Fassmann made an official visit to CEU. While here, Dr. Fassmann—also professor of human geography and land planning at the University of Vienna—met with some of the university's first-ever cohort of undergraduate students.

Following welcome remarks by CEU Rector and President Michael Ignatieff, Minister Fassmann addressed students in the auditorium, as well as those participating remotely. Turning first to CEU’s move to Austria, Fassmann said of the current Hungarian situation that he saw “no signs” of improvement: “I don’t see any significant change, so I think was the right decision for CEU to come to Vienna, and I am really happy that you are here.” 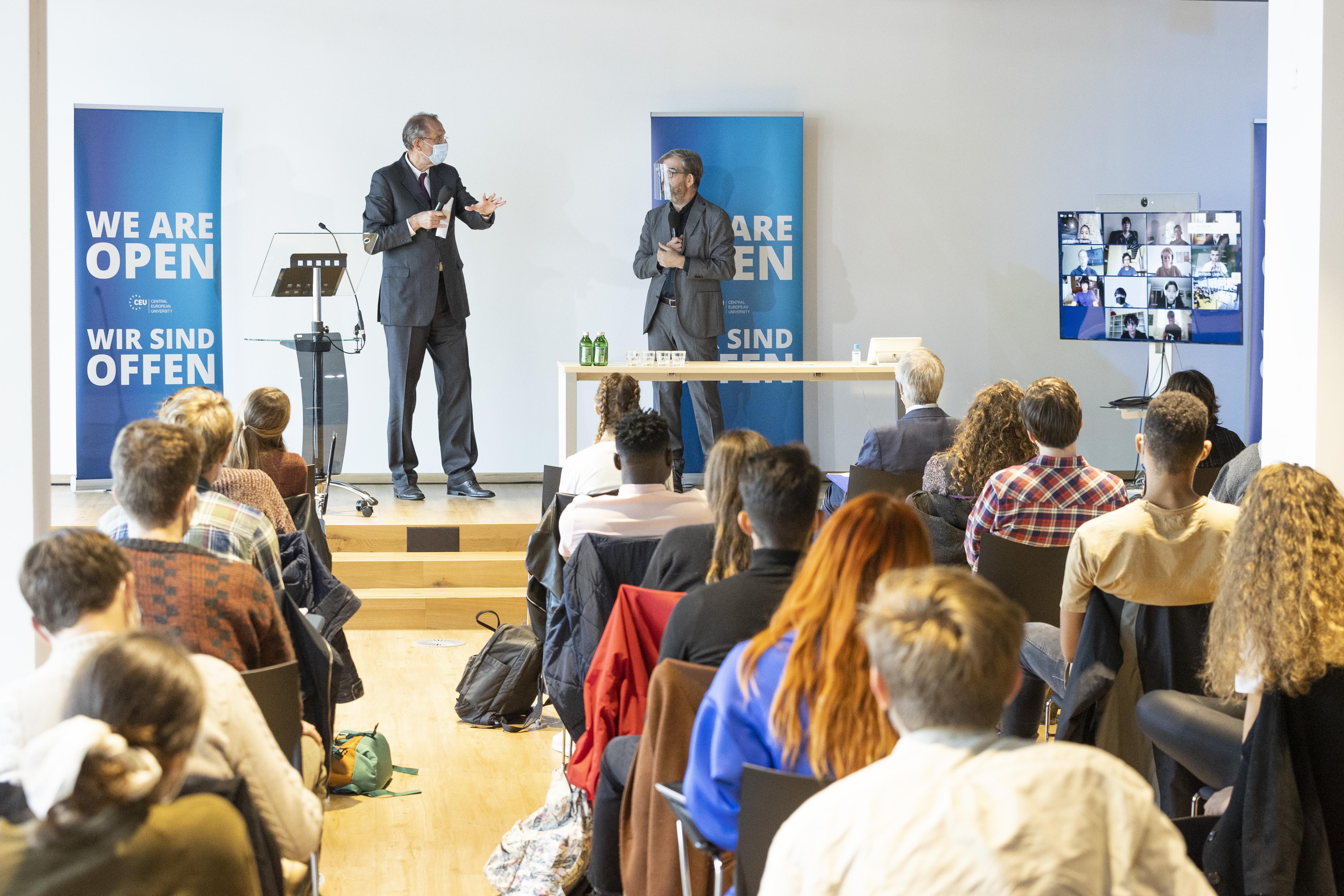 Praising CEU for its reputation as a centre of excellence, the Minister spoke to the new CEU students: “but you know this even better than me: you decided to study here for the excellence of the professors, and for the university as a whole.”

Calling for more investment in universities, Minister Fassman noted that Austria “can only be competitive” through a highly educated workforce. “Education and science research is one of our main resources, and, if I have a vision, it is that if Switzerland is famous for chocolate and banks, I want Austria to be famous for its universities, private and public. And for its good professors and excellent scientists.”

Thanking the Federal Minister for honoring CEU with a visit, Rector Ignatieff spoke of the need for a visa system “as responsive as possible to overseas students wishing to study in Austria”, if the country is to realise its future as a global education destination. Noting that many of CEU’s students joining classes online whilst awaiting student visas, the Rector acknowledging the debt of gratitude owed by CEU to the Austrian authorities, adding that “the critical issue for Global education today is visas.” 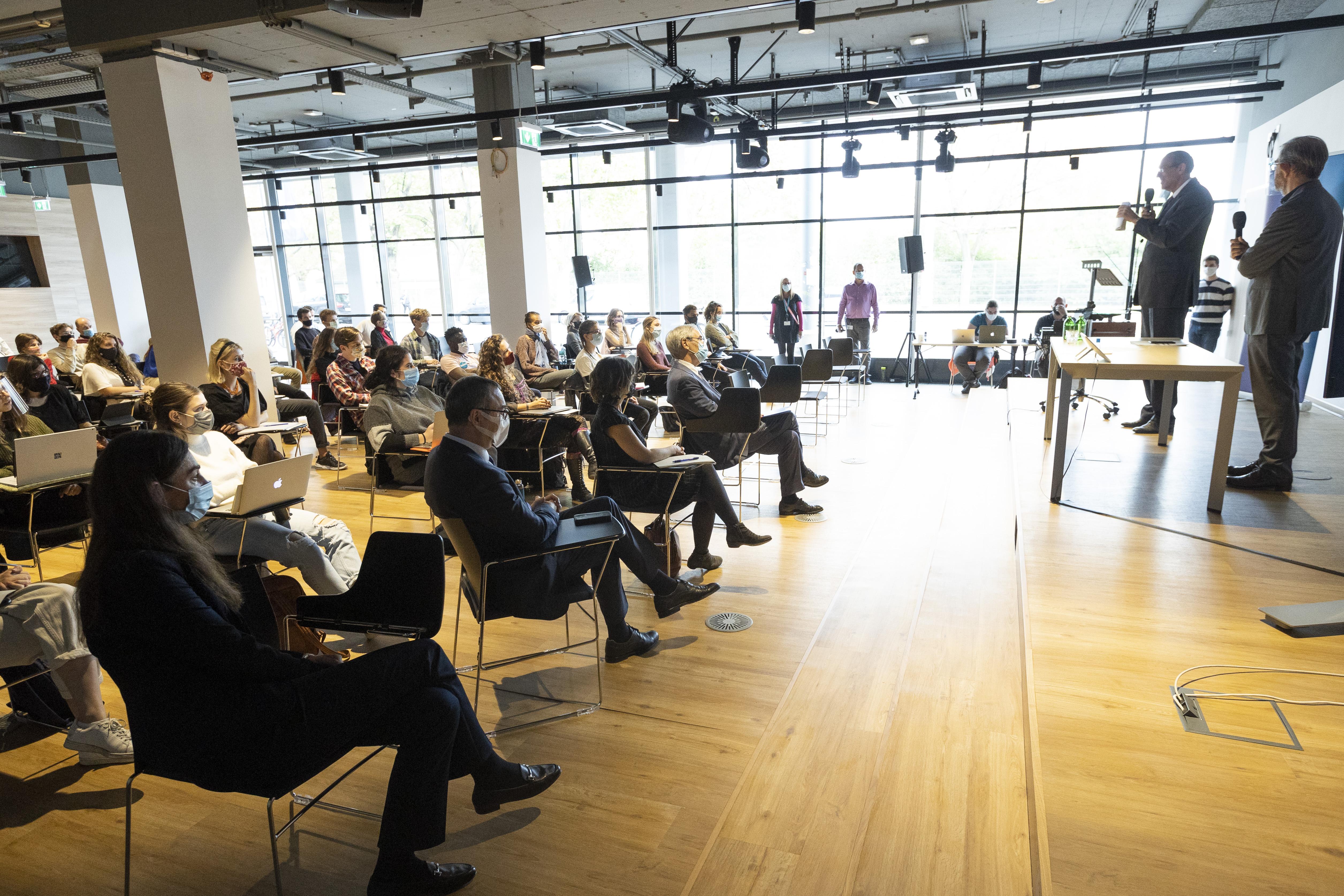 Federal Minister Fassman listened to a lecture by Professor Tim Crane on ‘Appearance and Reality’, for Philosophy, Politics and Economics (PPE) BA students. PPE launched last week as part of CEU’s new undergraduate offer, along with the BA in Culture Society and Politics (CPS). A third BA, in Quantitative Social Sciences (QSS) will launch in 2021.