An Interview with Jean-Louis Fabiani, Winner of the 2020 CEU Award for Outstanding Research

On the occasion of receiving the 2020 CEU Award for Outstanding Research, which recognizes significant international impact, Professor Jean-Louis Fabiani spoke about his writing, influential experiences, "long sellers" and advice for emerging researchers.

Having authored eight monographs, in 2016, Fabiani published "Pierre Bourdieu: Un structuralisme héroïque" which brings a new turn in the critique of Bourdieu's influential sociological oeuvre. This December, the English translation will be released. Additionally, on October 8, Fabiani's book, "Clint Eastwood: Le dernier mâle?" launches in French. This is an edited interview with Fabiani conducted on October 2, 2020.

Tell us about your 2016 book, which will have its English translation, Bourdieu: A Heroic Structuralism, released in December?

It's a book about Pierre Bourdieu, the French sociologist. Once I publish a book I want to move on and go for a walk and not look back, so for me this was very interesting because I wrote the book five years ago in Budapest. The translation is a reflective look at the book, an opportunity to improve it. I've translated a lot of work from English to French, and since translating to French becomes more theoretical and sophisticated, here I am doing a reverse movement to make my book more accessible, making long complex language more clear.

In the mid-80s Bourdieu's book, "Distinction, A Social Critique of the Judgement of Taste," was translated to English by Harvard University Press. He wanted to show how the idea of taste was universal, which I found far-fetched and not very intuitive, because in France the court society and the ancient regime had established specific rules of taste. 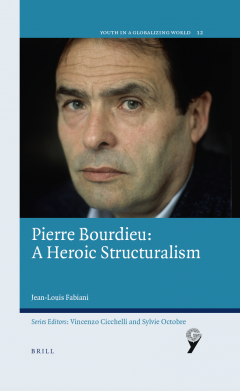 Bourdieu was my mentor. I did my dissertation under his supervision in the early 80s and then became autonomous and eventually wrote critique against his deterministic treatment of social things. I started criticizing my old mentor in a gentle way and then decided to write a book on it. I wanted to make Bourdieu accessible for different sorts of audiences and assess his work fifteen years after his premature death.

I did not want to make a book that was a sort of "murder of the father" so when he died in 2002 I tried to write something that would be a long obituary, but I gave up. Eventually, after giving a lecture in France with the idea of the book, I was encouraged and returned to the subject. It's a complicated book because I wanted to give both a general review of Bourdieu's concepts but also analyze my own relationship to his work. It was a mix of gratitude as well as frustration about things I did not like, so I tried to keep a balance between a critical perspective but also the attitude of the student.

I started my book asking if one can speak of Bourdieu dispassionately. It proved impossible because either people hated the book or loved it. The reception was mixed with a majority of good reviews but among Bordieu's circle, feedback was negative. A young researcher wrote a book against mine, titled "For Bourdieu," which people referred to as "Against Fabiani."

Any book is a risk. Many of my books were criticized at least at the beginning when they came out. Academics publish what we call "long sellers," Never "best sellers" but "long sellers." Even if in the first years we don't sell or attract a lot of attention, we have a chance. In my case, people continue to quote some of my work 32 years after.

How did you come to study festival audiences?

I published two books on this topic in French. When I worked with Pierre Bourdieu he was interested in cultural life and I was an assistant surveying the public at the Pompidou.

Later, when big surveys were starting for the big festivals in southern France, I became the head of the team for quantitative research at the Avignon Festival. For fifteen years I studied the Avignon Festival. We published a daily column in a Parisian daily (Libération), publication which was very short but it was the description of a spectacle. And then that was collected in a book. We published several books of these experiences and they became a sort of model for the analysis of how the public reacts to the cultural offerings.

Then twelve years ago I published a book about how people discuss art. I recorded debates and studied how people start a conversation, how people express negative or positive things. It was really interesting and I recorded the debates during the whole festival over two years, and then I studied the content with discourse analysis.

It was also related to my interest in the public and the public sphere, and how people interact with culture. It was a way of getting further than Bourdieu, because he studied the production of culture and not really the reception. I think publics are active. They don't just consume, they engage. So I really became a specialist of that. It was not my main preoccupation, but I enjoyed it. 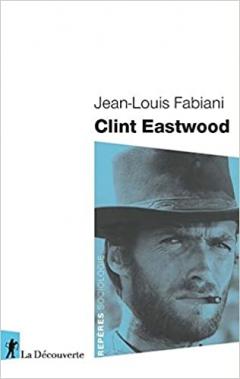 How have you identified other research subjects?
One example, I was in the Institute for Advanced Studies at Princeton and on the weekend I used the resources of the Princeton library to write a book about the paradoxes about Clint Eastwood. While he is considered a very male figure and actor, I discovered on my Saturdays and Sundays in the library that he was also an icon for radical feminists and viewed as a deconstructor of masculinity. That was my entry point to Clint Eastwood. Is he a macho or a feminist? So that ambiguity was the basis of the book.

How has your work as a practitioner in cultural affairs influenced your research?

My work as the Director of Cultural Affairs in Corsica was a little bit contingent. I've used some of that material on my course on social movements. I am Corsican and my fieldwork was about environmental and cultural issues in Corsica in the late 70s and early 80s. When I left for the United States in September 1975, Corsica started an autonomous nationalist movement with political violence so I studied what I called the cultural claims of the movement.

In 1988 I was invited to be the new Director of Cultural Affairs in Corsica. I like to do things that we don't do in academia. Working in action. It was very challenging because of the political violence. The prime minister at the time was interested in truce for Corsica and to move on with the new political status for the island. I was the head of culture, from archaeology and theater, to cinema and so on. There, I had no time to do field work, so I wrote a sort of diary.

Years later I was asked to write a piece on Corsica in a US journal (French Politics, Culture and Society) about the very specific relationship of Corsica to France. Eventually a French publisher in the social sciences asked me to write a book. (Sociologie de la Corse, [Sociology of Corsica] Paris, La Découverte 2018.) It was a success for me and I was very happy because my mom is Corsican and also French. She's 92. My father died just before and the book is dedicated to my father, the Corsican and the cosmopolitan. This is what I wanted to convey - that Corsica should play its part in the cosmopolitan world and not be just closed insularity.

I would like to say that it's very good for an academic to move out, not forever, but for a few years into the world of action, because it's very difficult to change things even to a small extent. In critical sociology and what we do here, we think that politicians and other people are not doing things properly, but when one is confronted with the high complexity of public life and the various interests, one becomes more understanding of how difficult things are. So I recommend what I would call an "internship in real life" because I think one of the traps of critical sociology or anthropology is being totally autonomous.

I think CEU is exceptional, but also we have to acknowledge that real life is very tough. Our dreams cannot come true very easily even if we imagine an open society. So that's what I learned from my years in Corsica. This was not the result of my scholarship but rather the result of my direct experience.

What advice do you have for emerging researchers?
The first thing is to be curious. Of course this is very routinized to say, but think out of the box like a social scientist. Think about social things that are out the window. Be prepared not to have big frames that you apply to reality.

Go and look at the sequence of events. Reality is processual. Of course there are structures and forms of relations that last, but process matters. After my stay in Chicago as a visiting professor, I moved away from the body of structuralism to analyze what involves a chain of events.

Also to be able to think independently, without saying farewell to your mentors. That's what my book on Bourdieu is partly about. How do you get the best of a great thinker and not just repeat them?

We need to deal with provisional accounts of society...Sociology is a collective field so we have to confront views all the time. We agree to disagree and there is no one best way of doing things in the social sciences. We have to accept plurality. It's not far from the open society motto, to accept each other while accepting the challenge and the confrontation of ideas. It's a very difficult thing because dogmatism is what threatens us all the time, especially if we are in critical sociology.

The social sciences are part of being in a world of estrangement. We are all rooted in some turf. For example, I am Corsican but I'm not only a Corsican. I'm a sociologist but I make room for other things. I make room for other ways of thinking and I think the confrontation can be positive and not destructive. That's the advice I would give. Don't construct your own theoretical model with no interest for the provisional accounts and humility in front of reality.

What else do you want to share?
What I want to say is that social sciences matter. The social sciences are a very different way of sharing ideas, which are not only ideological or about disputes, but also a way of enriching our view of the world and, by way of comparison, provincializing one's view. I know from my studies with colleagues and students from all over the world that I am a provincial among others and not the center. I have known that better since I have read Dipesh Chakrabarty's "Provincializing Europe" in 2000.

We have to decenter our view of the world, and we can do that only if we are confronted with other perspectives. It's not always antagonistic but it's good to know we are only a part of the discourse. This is also what CEU reminds us, that we have to be humble when we deliver. Humble, but also ambitious.