Franziska Marhold chose CEU not only for the university’s academic excellence and global reputation but also for its diverse community and founding values. Her interest is in exploring the relationship between globalization and populism, as well as the potential for truly democratic international cooperation.

Marhold recently won a national award, for ‘prescientific papers in the field of political education’ and is active with Fridays for Future Vienna. Her climate activism has involved working with prominent European media to inform the public on scientific issues and discuss climate justice with politicians.

We spoke to her on the occasion of her 2020 Presidential Scholar Award. This is an edited interview conducted on October 20, 2020. 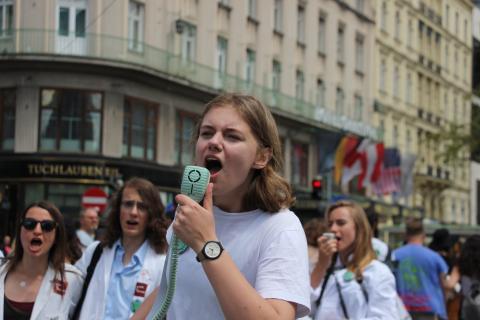 The scholarship is really important to me because it showed me that CEU not only values academic achievement but also heavily values civic engagement and activism. That combination really made me feel like I've come to the right place. I can be active academically and in service.

There were a couple of reasons I chose CEU. I was attracted to the BA program in Philosophy, Politics and Economics, and also to CEU’s academic excellence. I love that the program brings together these 3 disciplines and seeing how they are connected. I remember going to the open house, with its public event here in Vienna - a lecture about abortion laws and nationalism. I found that lecture incredibly interesting and it made me think how eye-opening it would be to study here. 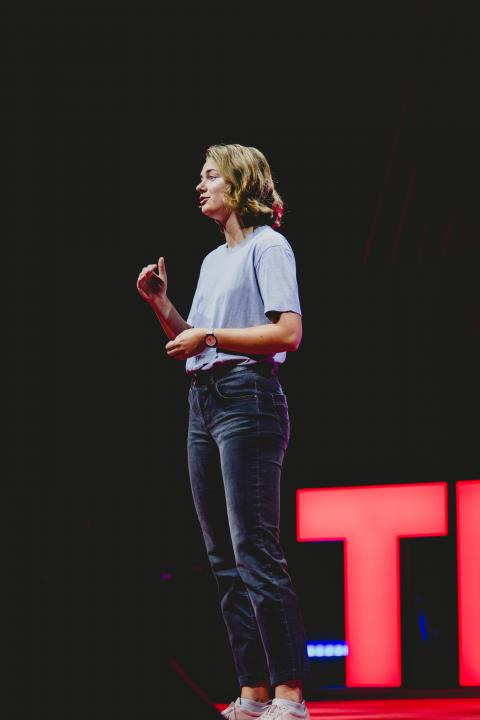 Photo by Natalia Sander for TedXVienna

What do you think is the most important factor in being selected for this scholarship?

Show the parts of your life and achievements that really make you stand out. Find your strengths and emphasize them. Not necessarily the ones that are often associated with top students, but really an honest articulation about your strengths. Define them and pinpoint them. I think if you do that, the people who read your application will recognize a unique distinction.

I was in quarantine at that time when I learned about the award so I called my sister and my parents. It’s a great honor and also a helpful relief for tuition. They were really proud.

We live in such challenging times and I often find myself questioning why the world is like this and why we live in a situation with such unresolved issues. I'm not just thinking about Coronavirus. I’m thinking about long-term problems like climate change. How did we get here and how can we be responsible in overcoming these challenges? One step toward that is trying to make sense of how the world works. I feel like even in the first couple weeks of the BA program at CEU, I can tell that I will learn not just theoretical knowledge but also how it can be applied to direct experience. It's a program that's going to help people understand the world and also come up with ways to change it for the better.