Records Uncovered, a free online exhibition and joint project by the Vera and Donald Blinken Open Society Archives (Blinken OSA) and the Háttér Archive and Library, opened February 26, featuring the divergences and commonalities among gay and lesbian movements in Central and Southeastern Europe in the second half of the last century. The exhibition is curated by Perica Jovchevski from Central European University and Blinken OSA, and Péter Hanzli from the Háttér Archive and Library.

Through legal documentation, media reports, private and institutional correspondence, art works and ephemera, this exhibition evinces the understanding of homosexuality and the treatment of sexual minorities, in countries that commonly shared two different political goals at two different periods: the establishment of a new Communist society between the mid-1940s and the early 1990s, and the transition toward a democratic society in the following years.

As such, the exhibition offers insights into the history of the legal, social, cultural, and medical “regimes of homosexuality” in Central and Southeastern Europe as being substantively shaped by two political projects: the furthering of the Communist revolution, and the democratization of the respective societies. Since an important communication axis regarding public policies on homosexuality was established during the Communist period between these regions and the USSR and the GDR, the exhibition dwells on the specificities of the understanding of homosexuality, the treatment of sexual minorities, and gay and lesbian self-organization in these countries as well, although it does not follow them separately after the countries’ dissolutions.

Records Uncovered was created in a year when the decades-long political attacks on LGBTQI+ persons in Central Europe reached their height. For years, populist governments in the region have been constantly reinforcing the view on LGBTQI+ movements as “rootless” in the “soil” of Central and Southeastern Europe, qualifying them as mere proponents of a supposedly “imported gender ideology” that endangers the political, social and cultural traditions of the respective countries.

The exhibition presented is a manifesto-in-documents that categorically opposes this view. It helps reveal that the accusations against a supposed “gender ideology” are nothing but another historical manifestation of a well-known process of misrecognition of non-heterosexual and non-cis persons. Unlike in the past, this misrecognition in today’s Europe is nurtured by political projects driven by a supposedly imperative concern for the protection of the culture, tradition, and ultimately, “the survival,” of an exclusive (national, religious, and sexual) majority, in which curtailing the rights of sexual and gender minorities and treating them as persons of lesser dignity is being legally and politically justified as a “necessary measure.” As this exhibition shows, similar justifications for curtailing the rights of gays and lesbians had been all too common in these regions, and an obstacle that the activism of these groups, vibrant in even more repressive political times, has managed to overcome.

The Records Uncovered online exhibition is a work in progress, which will be turned into a physical exhibition at the Blinken OSA’s Galeria Centralis in Budapest in February, 2022. To include as many different voices from the LGBTQI+ movement as possible, the exhibition welcomes contributions from visitors, such as textual and audiovisual documents as well as personal effects connected to the history of LGBTQI+ persons in Central and Southeastern Europe in the period 1945–1999. 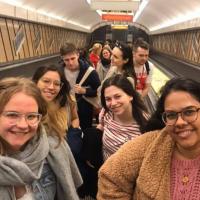