On May 11th Central European University (CEU) and its students staged a collaborative art installation on its Vienna campus to raise awareness for Ahmed Samir Santawy's 100th day in prison. To symbolize Ahmed's absence, his fellow students placed 20 cardboard cutouts of Ahmed, illustrations drawn by Italian artist Gianluca Costantini, across the campus where Ahmed has spent time as a student.

"With this installation, we wanted a visceral representation of what Ahmed's absence means to our community. By Ahmed's not being here, where he belongs, we are all impacted. We won't stop calling attention to the fact that he, like so many others, is imprisoned in Egypt. The world must not stand by, but instead push the Egyptian authorities to release Ahmed and all those other scholars who, like him, have been detained unjustly," says CEU MA student and co-organizer of the art installation, Lilly Maria Schlagnitweit. 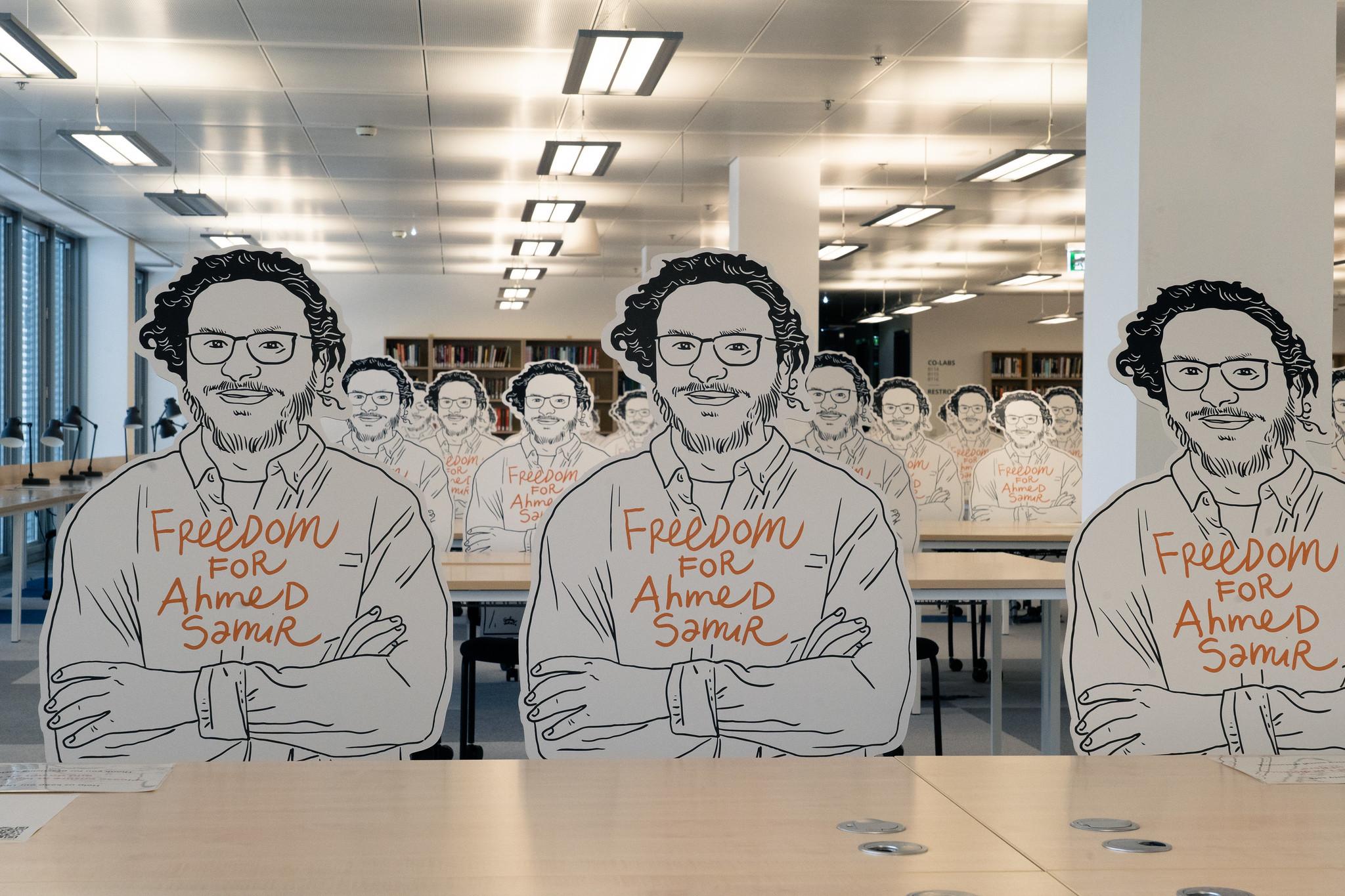 CEU's installation is inspired by the art installation organized to draw attention to the plight of University of Bologna student Patrick Zaky, who remains in prison in Egypt. "When Ahmed was arrested I noted how much the two stories were similar and contacted some students in Vienna who were organizing action for Ahmed's liberation." Constantini explains. 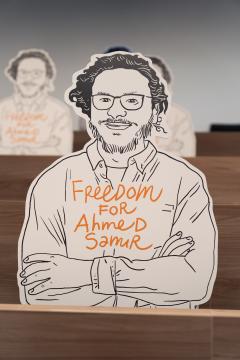 He notes that the image of Ahmed can be download freely and shared by the public - on the windows of shops, restaurants, libraries, etc. "Ahmed is one of us and he has to have the right to move freely," adds Constantini. Due to Covid-19, the installation at CEU is not open to the public, but can be viewed online or from the street where one of the cutouts will be displayed.

CEU MA student Ahmed Samir Santawy was arrested in Cairo on February 1, 2021, and was charged with belonging to a terrorist organization and spreading false news on social media. He is currently remanded in the notorious Tora Prison, without a hearing or any legal representation. Condemning the denial of Ahmed's right to a fair hearing by the Egyptian authorities, CEU has called for his immediate release. 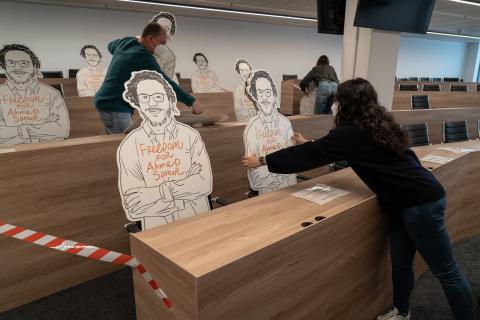 The university's President and Rector Michael Ignatieff said, "It is a disgrace that our young student should be in prison, prevented from finishing his work as a student, denied the company of family and friends and unable to express his opinions freely. CEU deplores Ahmed's detention and calls for his immediate and unconditional release." Echoing CEU's condemnation of the imprisonment, numerous letters of support from all over the world call for Ahmed's release.


"We must go on with the campaign, being stubborn, asking clearly for his freedom, keeping the lights on this story... Eyes must be wide open to what is happening inside the walls of Egyptian prison," concludes Constantini. To join the global protest, visit the #FreeAhmedSamir campaign on Facebook.